Members of Germany's government have accused Turkey's regime of supporting militant groups in the Middle East, public media report. ARD cited a classified document sent from the Interior Ministry to the Left party. 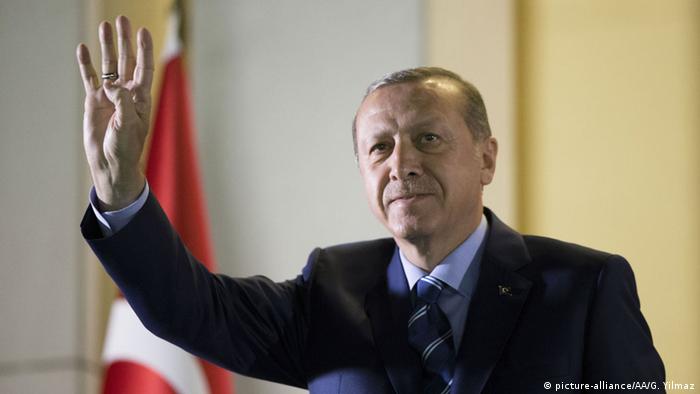 Citing a classified document from the Interior Ministry to representatives of the Left party on Tuesday, the German public broadcaster ARD reported that members of the government consider Turkey's regime a supporter of militant groups in the Middle East.

German officials appear to have publicly acknowledged, if in a classified document, President Recep Tayyip Erdogan's weapons support for militants fighting the regime of Bashar al-Assad in Syria, which Turkish journalists have reported in the past. "Especially since the year 2011 as a result of its incrementally Islamized internal and foreign policy, Turkey has become a central platform for action for Islamist groups in the Middle East," the German officials said, according to ARD.

Despite the "affinity," Erdogan has been publicly at odds with the Muslim Brotherhood in the past, though he has since also criticized current Egyptian President Abdel-Fattah el-Sissi, who overthrew Morsi in a 2013 coup. Neither the United States nor the EU considers the Muslim Brotherhood a terror organization.

The German officials also said Erdogan supported Hamas, the democratically elected governing party in the Gaza Strip. Turkey's president has said as much in the past, having told the US news host Charlie Rose that "I don't see Hamas as a terror organization." Though the United States and EU do list Hamas as a prohibited group, nations such as Norway, Switzerland and Brazil do not.

"It is a resistance movement trying to protect its country under occupation," Erdogan added in the 2011 interview, referring to the Israeli state, with which Turkey also enjoys diplomatic ties.