A US-based rights group says China executed 2,400 convicts in 2013, an annual toll that has declined over the past decade. China executes more people than the rest of the world combined, according to estimates. 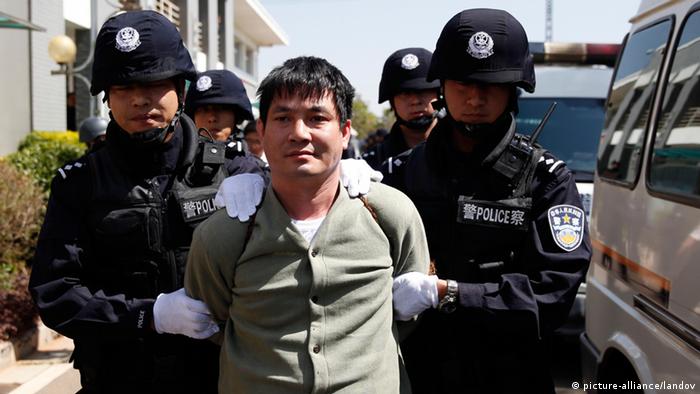 The 2,400 executions represented a 20 percent drop in Chinese prisoner executions from 2012, and made up only a fraction of the 12,000 killings in 2002, a report by the Dui Hua Foundation said on Tuesday.

The San Francisco-based group, which campaigns for prisoner rights and the reform of China's justice system, said it had obtained the data from "a judicial official with access to the number of executions carried out each year."

Beijing does not officially release figures on executions, but is thought to have put more people to death than all other countries put together with a record of 24,000 in 1982, according to Dui Hua.

Rights group Amnesty International, which releases an annual report on capital punishment, excludes China from its tally due to lack of reliable information, but in 2013 it put the total number of executions for the rest of the world, put at 778 in 22 countries.

Despite the downward trend since 2002, Dui Hua acknowledged the decline was likely to be "offset" this year, amid a countrywide anti-corruption campaign and a clampdown on terrorism in the largely Muslim northwestern province of Xinjiang.

Hundreds of people have been convicted of terrorist offences over a series of attacks in the restive region. Last week a court condemned 12 people to death in connection with clashes in July.

China's ruling Communist Party keeps tight control over the country's legal system, and courts have a near-100 percent conviction rate in criminal cases.

In 2007, the power to review death sentences was handed over to the Supreme Court in Beijing - a move that has contributed to "far fewer" executions, according to Dui Hua. In examining cases in 2013, the top court sent around 39 percent of death sentences back to provincial courts with a request for further evidence, the group said.

The use of force to extract confessions is still commonplace. There have been instances of wrongful conviction, and China has occasionally exonerated wrongfully executed convicts after others claimed responsibility for the crimes, or in some cases because the supposed murder victim was found alive.

In June, the Supreme Court handed down a landmark decision, overturning the death sentence for Li Yan, who had been convicted in 2011 for killing her abusive husband after suffering months of torture at his hands.

On October 10, the international day for the abolition of the death penalty, an unprecedented worldwide abolition call was issued by the foreign ministers of 12 nations, including Switzerland, Turkey, Mongolia and the Philippines.

Modern justice systems must strive for more than just revenge, they said. State-ordered killings led only to more hatred and violence.