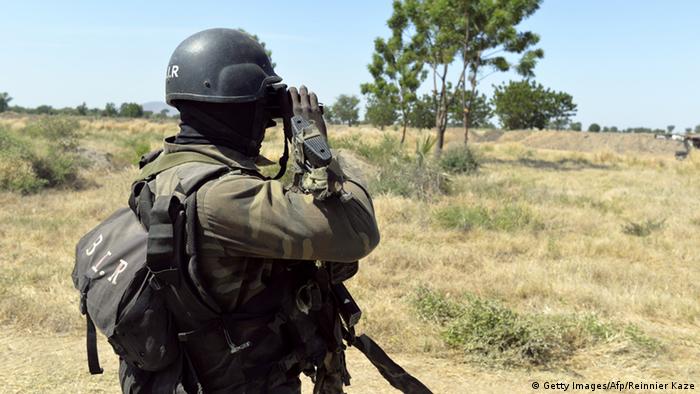 The news agency AFP quoted Cameroonian official sources on Monday as saying that Boko Haram fighters had attacked a military base in the northwestern Cameroonian city of Kolofata.

"The gunfire was very heavy," the source said. "As soon as people heard the first gunfire they fled the city."

Cameroonian police said there was no immediate information on any casualties.

Kolofata has been a Boko Haram target on several occasions, notably last July. 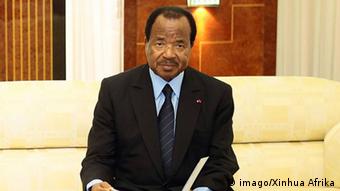 Biya says a Paris summit did not deliver needed assistance

Biya said he regretted that a regional military force against the Islamists, discussed at a recent summit in Paris, had not yet eventuated.

Last month, Cameroon deployed warplanes against Boko Haram. Its leader Abubakar Shekau last week threatened Cameroon in a video message that it would endure the same fate as Nigeria.

"We need that spirit to be spread around, not just when it happens in Europe, (but) when it happens in Nigeria, in Niger, Cameroon and many poor countries, that we mobilize our international resources to confront the people who bring such sadness to many families," Kaigama told British radio.

His remarks followed another weekend of atrocities in Nigeria's restive northeast, including the use of a 10-year-old girl as a human bomb in Maiduguri and a Boko Haram assault a week ago at Baga, near Nigeria's border with Chad.

Amnesty Interional investigator in Nigeria Daniel Eyre said his organization was trying to establish "exactly what happened and how many were killed" around Baga starting on January 3 when insurgents attacked a Nigerian military base.

Initial sketchy reports spoke of hundreds killed, and even 2000.

Another survivor told the newspaper of sighting "many dead bodies, some in groups and others by themselves in the bush."

UN children's fund head Anthony Lake said: "These images of recent days and all they imply for the future of Nigeria should galvanise effective action. For this cannot go on."

Jonathan has been widely criticized for the failure of his administration to end the insurgency in Nigeria's remote northeast. After the Baga attack, Nigeria's military said 14 of its soldiers had been killed and 30 wounded.

Since 2009, more than 13,000 deaths have been attributed to Boko Haram's insurgency. Hundreds of thousands more Nigerians have fled their homes.

On Friday, UN chief Ban also reiterated appeals to Boko Haram to "immediately and unconditionally" free hundreds of children it has seized since April 2014.

Fighting between Cameroon’s army and Boko Haram militants has forced students in northern Cameroon to stay away. Most of the schools now host refugees who fled the violence. (10.09.2014)