Report: Berlin looks into pulling jets out of Turkey

Germany must find alternatives to the Incirlik Air Base and pull its soldiers and weapons from Turkey, German MP Rainer Arnold told Der Spiegel magazine. Ankara has been blocking official visits from Berlin to the base. 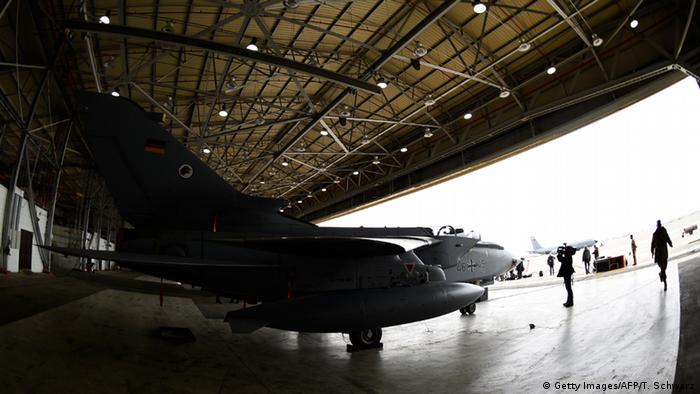 The Bundeswehr was considering moving its Tornado reconnaissance jets to Cyprus or Jordan, Der Spiegel reported on Thursday.

Turkey currently hosts six of the warplanes and some 240 German soldiers at Incirlik Air Base near Ankara. The jets are presently involved in the aerial campaign against the "Islamic State."

At the same time, the two countries are engaged in a diplomatic row that saw Ankara repeatedly block German officials from visiting the troops.

The mission is set to expire in December.

"If we are not allowed to visit our soldiers, the continuation of the mandate is impossible," said Reiner Arnold, defense spokesman for the SPD.

The SPD is a junior partner of Angela Merkel's CDU within the ruling coalition, but their votes are necessary for prolonging the mandate in the German parliament.

The diplomatic clashes first started in June, when the German parliament passed a resolution branding the mass killing of Armenians in 1915 as "genocide." Ankara then blocked a visit to the base by the undersecretary for defense, Ralf Brauksiepe. 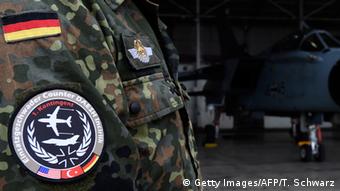 German soldiers are a part of a larger force that also includes 1,500 US troops

After that, German Defense Minister Ursula von der Leyen managed to travel to Incirlik. However, a delegation of journalists and a separate group of parliamentarians were later forbidden from flying to the NATO base.

Ankara has refused to budge despite strong diplomatic pressure from Berlin.

Pulling out of Turkey would be a "nightmare" for the German army, according to the article.

The move would stop the sorties against "IS" for at least two months, raise costs and present new logistic challenges, unnamed military sources told Der Spiegel. Also, the German contingent would be separated from the US troops, who are in charge of leading the mission.

Moreover, the dispute could jeopardize a future German mission in Turkey involving AWACS jets set to monitor airspace above "IS" territory.

The German Defense Ministry did not officially confirm it was preparing to move the Tornados and tanker jets from Turkey.

"We would like to continue our mission from Turkey, but the Incirlik base is not the only option," the magazine quoted a ministry spokesman as saying.

Earlier this month, media reports suggested that the US was moving its nuclear warheads from Incirlik to Romania due to instability in Turkey and rising tensions between Ankara and its western allies. Romania denied the move.