Al-Aswany has come under fire for criticizing government corruption and nepotism. At the center of the charges are articles he wrote for DW and his latest novel about the military's role in the el-Sissi administration. 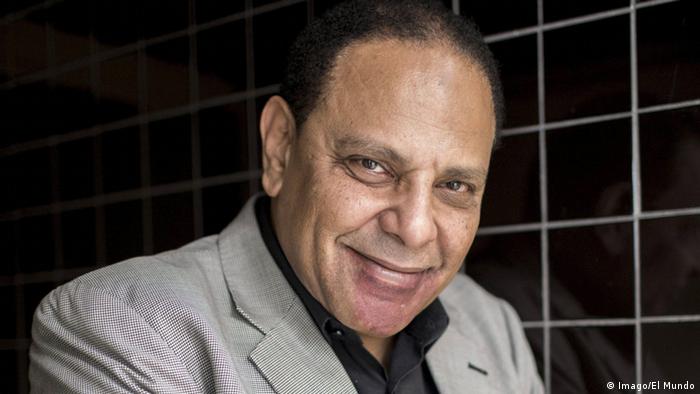 DW's guest columnist and novelist Alaa al-Aswany has been sued by military prosecutors in Egypt after he criticized the way military officials are appointed to civil posts in an article for DW's Arabic section.

"I learned two days ago that I have been referred to a military court, accused of having insulted the head of state and incited hatred against the regime, as a result of my most recent novel and what I write for DW," al-Aswany said in his most recent column on Tuesday. "My only crime is being an author, expressing my opinion, and criticizing those who deserve it, even if it's [President Abdel-Fattah] el-Sissi."

Al-Aswany has also accused the Egyptian government of violating Article 65 of the Egyptian constitution, which guarantees free speech, and Article 19 of the Universal Declaration of Human Rights, to which Egypt is a signatory.

'If my crime is to express my thoughts, I am proud'

Responding to news of the charges against him, the renowned writer detailed how he was prevented by the administration of Abdel-Fattah el-Sissi from appearing on television. Al-Aswany also noted that during the brief rule of Muslim Brotherhood leader Mohammed Morsi, whose ouster led to el-Sissi's rise to power, the media was allowed a modicum of freedom because the spirit of the 2011 revolution "was still strong."

He also reported repeated harassment of himself and his family at places like airports and during interactions with the police.

"To the military prosecutor general, if my crime is to openly express my thoughts, I recognize that and am proud of them," he said.

Al-Aswany is one of Egypt's most famous literary voices. His novel The Yacoubian Building, with its themes on government corruption, is widely believed to have built up some of the resentment that led to the 2011 revolution. His work has been translated into 37 languages.

Although banned in Egypt, al-Aswany's latest novel, The Republic As If, was published in Beirut in 2018.

Best-selling novelist Alaa al-Aswany was one of the main protagonists in the 2011 Egyptian uprising, and remains a high-profile government critic. He spoke with DW about his work and his struggle against dictatorship. (31.05.2016)

Alaa al-Aswany: What should our attitude to the barbarians be?

From the West to the Arab world, the meaning of civilization can be recognized in acts of savagery, writes bestselling Egyptian author and veteran liberal activist Alaa al-Aswany in a DW exclusive. (04.08.2017)

Alaa al-Aswany: She's a woman, not an object

Egyptian men need to regain their civilized views of women and cast off the Wahhabi thinking that prevents equality in the country, writes Egyptian author and veteran liberal activist Alaa al-Aswany. (09.08.2017)