The "Remain" campaign to keep Britain in the EU has been given a boost by two late opinion polls. The 6-point lead for remainers comes hours before voting is due to start in the historic referendum on the UK's future. 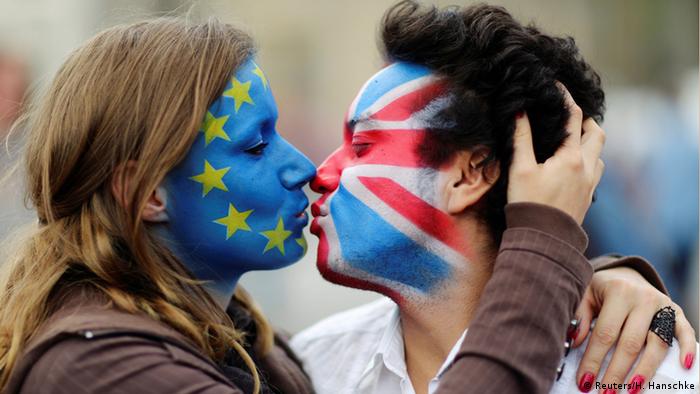 A telephone survey conducted by ComRes for the "Daily Mail" newspaper and ITV television put the remain campaign on 48 percent, against 42 percent for leave.

A ComRes poll for the Sun newspaper published on June 14 gave a lead of one point to the remain camp.

"As anticipated, the final campaign week has seen a boost for the status quo. But if 'Remain' win, as now appears likely, it will be a victory lacking enthusiasm," Andrew Hawkins, chairman of ComRes, said in a statement.

Another poll, also published on Wednesday by YouGov for the "Times" newspaper showed "In" leading "Out" by 51 to 49 percent.

"Our current polling suggests the race is too close to call, but the recent trend has been towards 'Remain,' just as other referendums in the past have shown late movement towards the status quo," YouGov director Anthony Wells said.

Two other opinion polls published on Tuesday both showed the "Leave" campaign narrowly ahead although one of them, by research firm TNS, showed its lead had been reduced to two points from seven points in its previous poll.

Momentum for the "Leave" campaign appeared to have halted last week, with the killing of pro-EU lawmaker Jo Cox of the opposition Labour Party.

Turnout is likely to be key. "With a race as close as this, the turnout level... will be critical," said Luke Taylor of TNS.

On the final day of campaigning before the vote, Prime Minister David Cameron referred to Britain's wartime spirit. "Winston Churchill didn't give up on European democracy [...] and we shouldn't walk away," Cameron said in Birmingham.

"If you jump out of the airplane, you cannot clamber back through the cockpit hatch," Cameron warned, his sleeves rolled up. "Put your children's future first."

Bookmaker Betfair, meanwhile, put the probability of an "In" vote at 80 percent (or 1/5 in betting parlance) - and the bookies have a habit of never losing much money.

Just a day to go before Britain votes on whether to exit the EU - and Germany is in a bind. DW's Dagmar Engel tells us what politicians in Berlin aren't saying. (22.06.2016)