Refugees opting for Bulgaria route exposed to violence | Europe | News and current affairs from around the continent | DW | 12.11.2015

Asylum-seekers with limited funds or fears of sea travel are bypassing Greece for a land route through Bulgaria, but the risks remain high. Diego Cupolo reports from Dimitrovgrad, Serbia. 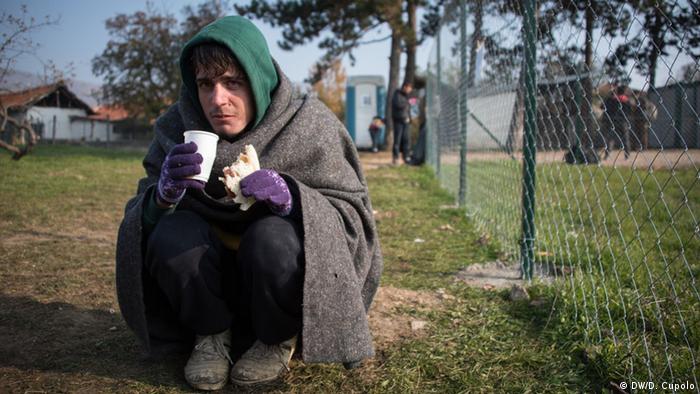 Refugees opting for a land route to Europe are hiking in and out of Bulgaria, where they must cross dense forests and lightly populated areas that leave them exposed to violence from local gangs, human trafficking rings and the Bulgarian border police.

Many refugees arrive in Serbia with swollen faces and bruised bodies, claiming they were attacked, robbed and, at times, detained in residential houses or hotels where they are forced to pay off middlemen and kidnappers. To bring light to the issue, volunteers working at a refugee camp in Dimitrovgrad, a Serbian town just four kilometers north of the Bulgarian border, have been collecting testimonials from injured refugees and documenting their experiences.

"They are being targeted by both local criminals and the Bulgarian border police, and [I] don't know which one is worse," said Sharon Silvey, a British volunteer coordinator in Dimitrovgrad. "We have reports that police officers beat them, set dogs on them, make them stand naked in holding cells and spray them with cold water … I've seen their wounds. They kick them like footballs."

Ahmad Salim, a telecommunications engineering student from Jalalabad, Afghanistan, who arrived in Dimitrovgrad, said his family avoided the Bulgarian police by walking along mountain crests, but he did not advise other families to take the Bulgarian route.

"The police are hunting refugees like it's a sport," Salim said. "My friends said the first thing they ask for is your mobile phone so you can't record anything or communicate with anyone about where you are. Then they beat you."

Locked up by traffickers

While border police normally send asylum-seekers back to Turkey, a less certain fate awaits those entrapped by human traffickers. Parwez Khan, a 24-year-old taxi driver from Laghman Province, Afghanistan, said he was held and beaten by armed men in a Sofia apartment over the course of four days.

Standing in the registration line in Dimitrovgrad, Khan explained that he was traveling with 10 Afghans, when a dispute between his smugglers left his group locked in a room with one barred window outside the city center. Khan's group was held there, without food, and beaten on a daily basis from November 2 - 6, he told DW.

"When they hit me the first time, I was in shock for five minutes, I couldn't speak or see," Khan said. "I thought I was going to die." 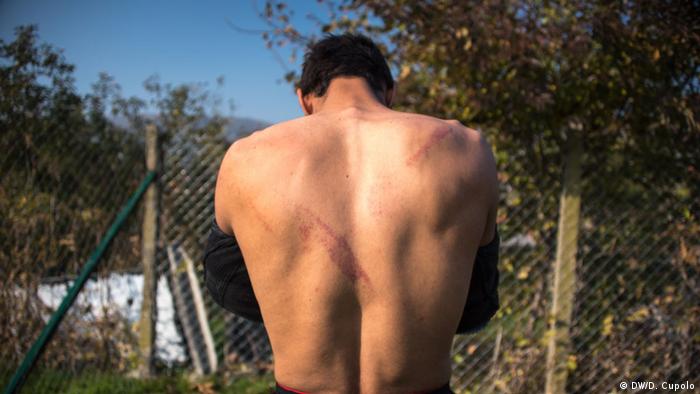 Khan had a swollen nose, wounds on both cheeks, and his upper lip was split in four different places. He refused to have his face photographed, but allowed pictures of the bruises on his back, which he received while being beaten with nunchucks as he was held face down on the floor.

"When they got drunk, they would come into the room and hit us," said Mohammed Haseeb, a law and public service student from Kabul, who was detained with Khan. "They had two boxers, two big men with tattoos all over their arms and legs. They separated us, took us into different rooms, and they hit us and asked for money."

Haseeb, whose face had also been roughed up, said other people in his group were beaten with the back of a wood chopping axe. Haseeb and Khan said their group was allowed to leave for Serbia only after being stripped of all their valuables, including phones, watches and jackets.

"I've been documenting stories of violence on refugees for weeks and sending them to the UN, to the Red Cross, to the media, but barely anyone responds, and when they do, they say they'll look into it, and I never hear back from them," said Silvey, who is also the creator of Refucomm, a Facebook page that informs refugees of route conditions to Europe.

Dimitrovgrad receives about 300 new refugees a day, most of whom are young Afghan males who walk three-four days through the mountainous region along the Serbian-Bulgarian border. The UN estimates about 13,000 refugees have crossed Bulgaria since the beginning of 2015. Once in Serbia, the refugees are registered at the Dimitrovgrad police station adjacent to the camp. 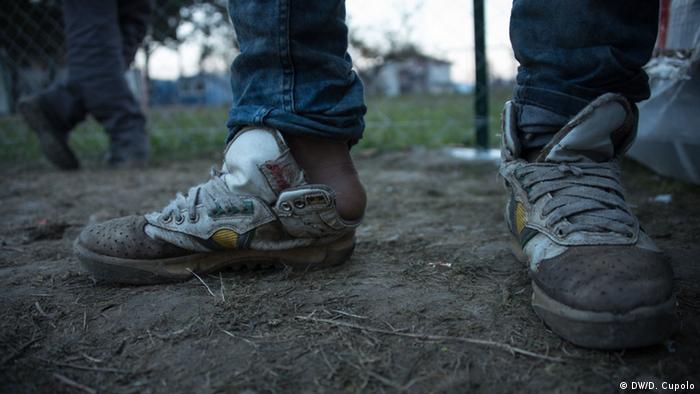 Independent volunteers from various countries provide the only food in the camp with the help of online crowdfunding, while the Red Cross and Women and Health Alliance International are on site to provide medical services.

Outside the camp, bus drivers sell 25-euro ($27) tickets to the Croatian border, which often create problems because many refugees have been robbed along the way, Silvey said.

"A pair of refugees were stuck here for two days because they didn't have money," Silvey said. "When I told the bus driver I was going to take them to the train station if he didn't take both of them for 40 euros, he threatened me with death."

More refugees are expected to try land routes as cold weather sets in and doubts rise over the discount winter boat fares offered by smugglers between Greece and Turkey. Prices during the summer ranged between $5,000-$3,000, whereas boat passages are now being sold for as little as $1,000 per person.

"I originally wanted to go from Turkey to Greece, but then I saw the boat, I said 'no'," Haseeb said. "It was made of inflatable plastic and they wanted to put 45 people on it. I thought it was definitely going to sink so I didn't do it. I came to Bulgaria because I thought it was the safer choice."

The Spanish city of Melilla, on the North African coast, is providing Syrian refugees with an alternative way into Europe. However, resources are being stretched by the new arrivals as Guy Hedgecoe reports. (11.11.2015)