Refugee crisis in the Mediterranean: 'The smugglers' calculations are obvious'

Civilian sea rescue missions like the German organization "Jugend Rettet" are trying to prevent deaths in the Mediterranean, but it's a mammoth task, as huge numbers are still risking their lives to make the crossing. 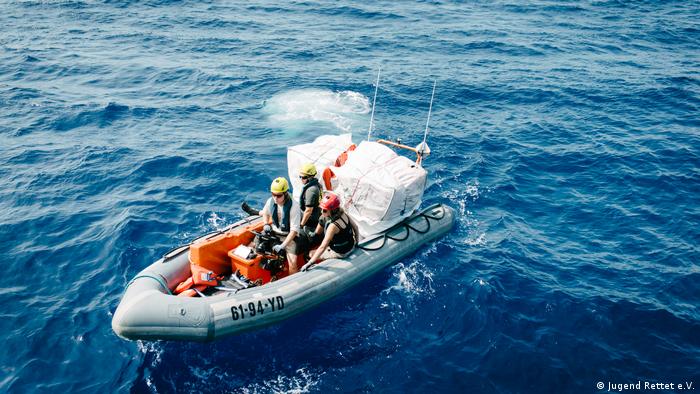 14 young volunteers from "Jugend Rettet e.V." are currently patrolling the sea just off the coast of Libya on board the ship Iuventa. They are looking out for refugee boats that have got into difficulty. This German organization is financed by donations. It has already saved 6,600 people since last July. But last Thursday [23.03.2017] they arrived too late: two hundred and fifty refugees are believed to have drowned. DW spoke to Titus Molkenbur, the coordinator of the "Jugend Rettet" mission.

DW: Your organization was the first to spot the empty dinghies. We're hearing that 250 people died. What are you able to tell us?

Titus Molkenbur:We were north of Sabrata, a place in northern Libya from which boats often set out. We were in international waters – outside the 12 mile zone off the Libyan coast, but still very close to Libyan territorial waters. Around 0730 in the morning German time we spotted a rubber boat with no occupants. We patrolled around the boat for two hours looking for survivors, but unfortunately without success. The only things we found were lifejackets. A little while later we found two more empty rubber boats.

You then continued the search, along with the Spanish NGO Proactiva Open Arms …

Yes, Proactiva Open Arms was in the vicinity with its rescue ship. At that point, the crew had on board five dead people whom they had just recovered.

The media are talking about 250 dead. Can you confirm this?

There are usually 100 to 140 people in one of these rubber dinghies. If we find a boat with no occupants and no survivors nearby, the suspicion is that around that number of people have died. 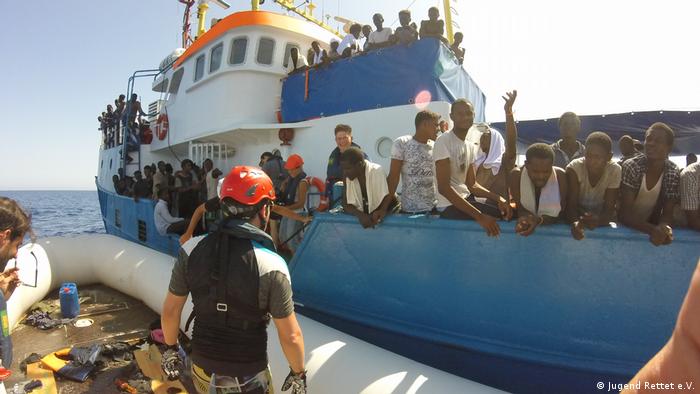 Would such overloaded boats have any chance at all of reaching their destination? What role do the smugglers play?

The boats are always the same: extremely long, very distinctive rubber boats that set off from the coast of Libya. We're also always hearing the same stories - that the people on the beach are forced onto these boats, equipped with just enough fuel to make it into international waters.

Top diplomats from the EU and North Africa have called for a joint effort to rein in the migrant influx to Europe. The Libyan government reportedly asked for helicopters and boats to patrol its coastline. (20.03.2017)

Even if the boats had more fuel on board, these dinghies would never be capable of reaching Italy. The smugglers have been doing this for several years now, even before there were any civilian sea rescue missions in the Mediterranean. The smugglers' calculations are obvious: They're banking on somebody taking these people in.

In this instance, it was us. And it's certainly significant that it had to be two ships from the civilian sea rescue who drew attention to this disaster. If we and the Proactiva ship hadn't been there, no one would have known anything about this extraordinary tragedy. Sadly we were unable to save the lives of all these people, but we can at least make sure that the world hears about them, and that Europe can't just look away.

What exactly do you do when people are in difficulty at sea and you manage to get there in time?

We act according to international legislation for emergencies at sea in international waters. We take the people on board, take care of them, then hand them over to bigger ships, which take them to Italy.

Are you allowed to sail closer to the Libyan coastline? Can you cross into the 12-mile zone?

With permission from the Libyan authorities, we would be allowed to sail in. But then we'd be in Libyan territorial waters. We stay away because it's a war zone. The Libyan coastguard has also informed us that if we were to save people inside the zone, we'd have to bring them back to Libya. We have to stick to the rules. They say that if we find people in international waters we're allowed to take them on board and hand them over to the Italian authorities. We have no desire to operate in Libya itself. 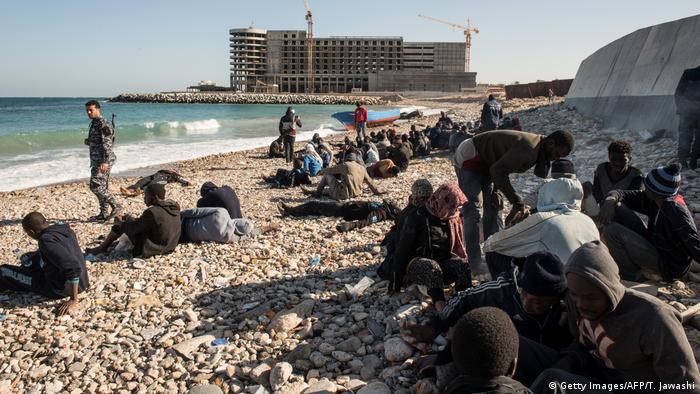 What's your cooperation like with the state authorities, with the coastguard?

As an NGO we don't work on our own initiative. We've been in close contact with the Maritime Rescue Coordination Center (MRCC) in Rome, which comes under the control of the Italian ministry of the interior, ever since the beginning. We inform the MRCC about every maritime emergency, or else they assign a case to us. Everything is done in agreement with the Italian authorities, and it's often Italian coastguard ships that take people from us and bring them to Italy. The other NGOs working in the area operate in exactly the same way.

As it starts to get warmer, more and more people are again risking the dangerous crossing. What are you seeing?

More than 500 people have died already this year. That's more than this time last year. We know that there are an estimated 300,000 people in Libya waiting to make the crossing. We assume that the situation this year will be just as bad as last year, if not worse.