Recycling melodies from Palestrina to Bach

Into the 18th century, the boundary between secular and sacred music could be difficult to discern. Church melodies found their way into the songs sung on the street, and vice versa. 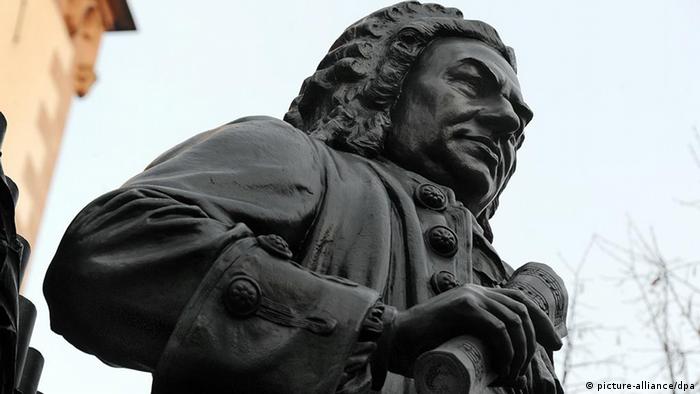 When Johann Sebastian Bach finished a composition, he tended to sign his manuscripts with three simple letters: S. D. G., an abbreviation for "Soli Deo Gloria" (Glory to God alone). For him, as an avowed Christian, it was more or less a matter of indifference whether he was writing a cantata for his Christmas Oratorio or a festival cantata for a wealthy patron. He saw all music as a gift from God. And his works, regardless of the purpose for which they were composed, stayed rooted in his faith.

"All music should honor God and bring joy to people," was his motto. 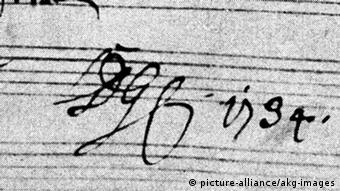 The boundaries between secular and sacred music have been fluid for centuries. Sacred music has often taken cues from broader developments in music history, borrowing secular forms of expression - and the same has been true in the other direction. A strict division into worldly and religious music, as we are accustomed to today, is a development that occured in the 18th and 19th centuries.

Beate Angelika Kraus, a lecturer in church music history at the Cologne University of Music and Dance, finds this division rather artificial. "Music always gives voice to the basic human need for artistic expression," she said. "And, of course, it always contains personal ideas as well as religious messages."

During the Middle Ages and the Renaissance, the same melodies - with differing lyrics - were sung in the church and on the streets. Medieval street musicians sang in a fashion that hardly differed from their counterparts in the church. It was nothing unusual for a traveling singer's serenade to one of the objects of his affection to find itself transformed into a song about one's love of Jesus. 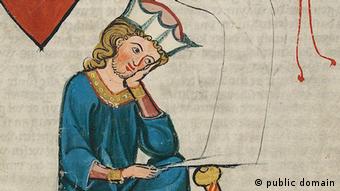 Minnesinger Walther von der Vogelweide, whose work was adapted for the church

"That was customary," said Beate Angelika Kraus. "If a secular tune gave expression to a certain religious mood - love, joy, trust - then it was of course possible to take the same music and sing religious lyrics over it."

From the barracks to the church

Many mass and psalm arrangements of the period were no longer based on the old Gregorian choral melodies. For pieces often known as parody masses from the 14th to 16th centuries, popular secular tunes served as a basis for melodies with increasing frequency. Even songs that started out as odes to drinking or war found their way into the church or monastery with new lyrics.

One famous example comes by way of the war chanson "L'homme armé" (The Man in Arms), a French soldier song that presumably came about during the 15th century. The song was so beloved that many famous composers throughout Europe wrote masses based on "L'homme árme," including Guillaume de Dufay, Josquin Desprez, Ludwig Senfl and Giovanni Pierluigi da Palestrina. More than 40 versions of it are known to this day.

Rendering the melody in a creative and appealing way served as a kind of trial by fire for a composer's skills while the song was popular. 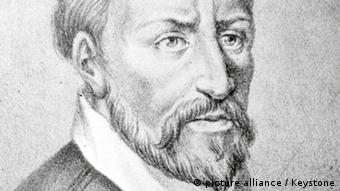 But practices like these were anathema to the pope. As a result, the church cardinals called for a reform of church music at the Council of Trent (1545-1563). Criticism was directed at polyphony, the practice of including two differing vocal parts simultaneously, which was regarded as endangering people's ability to understand the words. The council expressed particular ire, however, at the influence of secular music on works performed in the church. The religious authorities issued the demand that, "All music containing anything lustful or impure in its melody or lyrics should be banished from the church."

Legend has it that Milan bishop Carlo Borromeo commissioned Palestrina to write a mass that met all of the council's requirements. Palestrina produced a handful of masses to be approved, which were met with praise.

The cardinals particularly applauded the lyrical comprehensibility of his "Missa Pape Marcelli" (Pope Marcellus Mass), which set a standard for masses to come and turned Palestrina into a kind of savior of church music.

But the church's strict leaders failed to notice one little thing. Although the council had in effect banned parody masses, Palestrina's model mass was also based on the controversial "L'homme armé" melody. 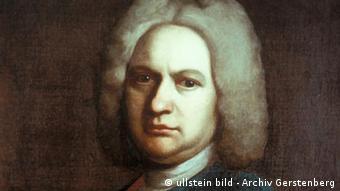 The Renaissance obsession with parodies, recycling compositional material as a basis for new works, also found popularity during the Baroque period - but used other sources. While composers in Palestrina's age preferred to "steal" from works written by others, Baroque composers often drew on their own earlier pieces.

"You have to imagine how much material was composed at the time. In order to meet the demands of the princes or churches, people had to be unbelievably productive," said Kraus. "And why shouldn't one have another look at a work that was decidedly successful? That was customary and accepted."

That was true also for composers like Johann Sebastian Bach and George Frideric Handel. For them, recycling one's own music was done for reasons of economics and efficiency. They simply had to draw on their previous work in order to meet the immense demand for evening-long oratorios (in Handel's case) or church cantatas (in Bach's). 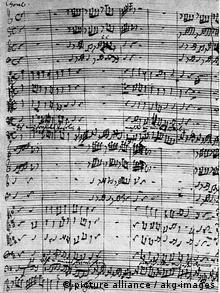 "When it came to such modifications, it was essential to consider what mood was to be achieved," said Kraus. "Both works were thought of as celebratory odes to birthdays, and, as such, had the same feeling."

In the 19th century, generations of Bach researchers had a big problem with the composer's "kleptomania." His recycling of secular works into their sacred counterparts did not fit with their romantic and idealized image of Bach as Germany's greatest composer of church music.

The pragmatic Bach never saw an artistic or moral conflict, however, in the practice. He borrowed from himself when a piece was good and was also in keeping with a given religious occasion. The drums and trumpets referenced in the cantata above served as a symbol of majesty both at secular and sacred events. And for Bach, at least, the same motto applied to both: "Soli Deo Gloria."

Fifty years ago, during the legendary March on Washington, some 250,000 people demonstrated for equal rights for Afro-American citizens. Music played a key role in the civil rights movement. (28.08.2013)

From June 14 to 23, music lovers from Germany and well beyond head to Leipzig to retrace Bach's steps through the city he long called home and to hear the music he wrote there. This year's theme: Vita Christi. (21.06.2013)