Fifty years ago, during the legendary March on Washington, some 250,000 people demonstrated for equal rights for Afro-American citizens. Music played a key role in the civil rights movement. 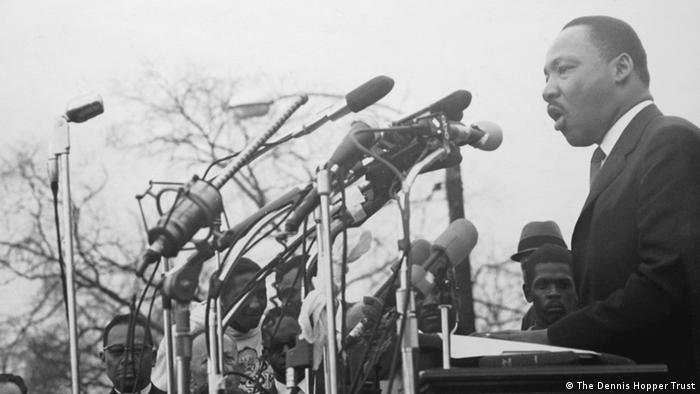 On August 28th, 1963, Martin Luther King Jr, one of the leaders of the civil rights movement, held his famous "I Have a Dream" speech. "I have a dream that my four little children will one day live in a nation where they will not be judged by the color of their skin, but by the content of their character."

His vision defined the civil rights movement, and the gospel from 1903 - "We shall overcome" - became its creed. Activists sang it whenever they took to the streets in protest. Joan Baez' rendition is one of the most famous.

A sense of community

Folk and protest songs helped make the movement against segregation and racism hugely popular, as well as creating a feeling of community and togetherness among the protesters.

Bob Dylan was one of the best-known musician of the civil rights movement, with his songs "The times they are a' changin'" and "Blowin' in the wind" becoming hymns of those opposing oppression. During the March on Washington, he performed a bitter song addressing the discrimination of black citizens - "Only a pawn in their game."

1963 was an important year for the civil rights movement - and it was also a year that saw a lot of violence against black people in the US. Civil rights activists and black communities were attacked, bombed and killed by racists. When she heard a radio report about a church bombing in Birmingham, Alabama, that killed four little girls, folk singer Nina Simone was so upset she tried to build her own handgun from scrap metal.

She later wrote: "I had it in my mind to go out and kill someone - I didn't know who but someone I could identify as being in the way of my people getting justice for the first time in three hundred years." Her husband said: "Nina, you don't know anything about killing; the only thing you've got is music." 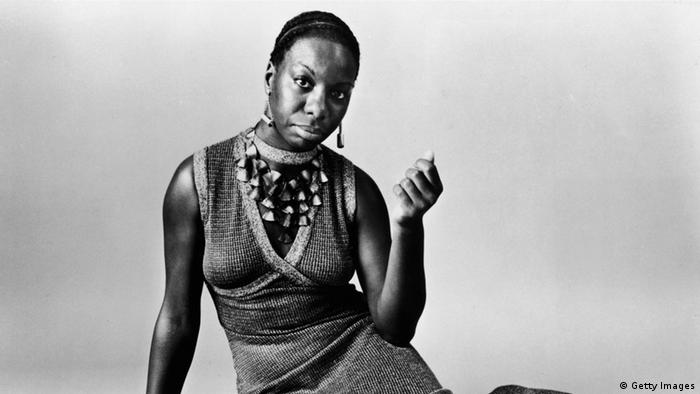 An hour later, she had written the song "Mississippi Goddam." Music became Simone's weapon to fight for the freedom of black Americans.

The Staple Singers were another important voice for the growing self-confidence of African-Americans. The family band had performed gospels since the early 1950s. But meeting Martin Luther King Jr, the Baptist preacher and outspoken leader of the civil rights movement, changed the performances and messages of the Staples. "If he can preach it, we can sing it," they decided. Their hymns about freedom, "It's A Long Walk To D.C." and "March On Freedom Highway," quickly became part of the civil right movement's repertoire.

The funk- and soul band Sly & The Family Stone also had a clear political message. Bandleader Sly made his position clear by creating a group with male and female musicians with differing ethnic and cultural backgrounds, to live up to the ideal of a multicultural, anti-racist society. He provoked white racists with songs such as "Don't call me Nigger, Whitey," but civil rights activists appreciated the clarity of his statements.

Many famous musicians supported the civil rights movement, including Harry Belafonte, who participated in the March on Washington. James Brown offered up the song "Say it loud - I'm black and I'm proud." Stevie Wonder's "Happy birthday" was written to support the demand for a national memorial day on Martin Luther King's birthday. 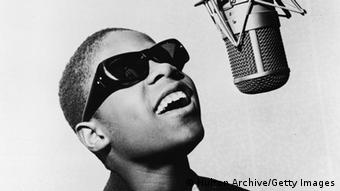 That came in 1986. Since then, the third Monday in January is a national holiday to commemorate the civil rights leader throughout the United States.

Martin Luther King did not live to see the changes in his country that the protest movements helped to bring about. He was assassinated in 1968. His tombstone reads "Free at last, free at last; thank God Almighty we are free at last!" - the words of an old spiritual with which King ended his famous "Dream" speech in Washington.