Reactions to the ECJ decision on asylum law in EU | Europe | News and current affairs from around the continent | DW | 07.03.2017

Reactions to the ECJ decision on asylum law in EU

Uproar has greeted the European Court of Justice's decision on asylum law in Europe. Last year, more than 5,000 people drowned in the Mediterranean en route to Europe. 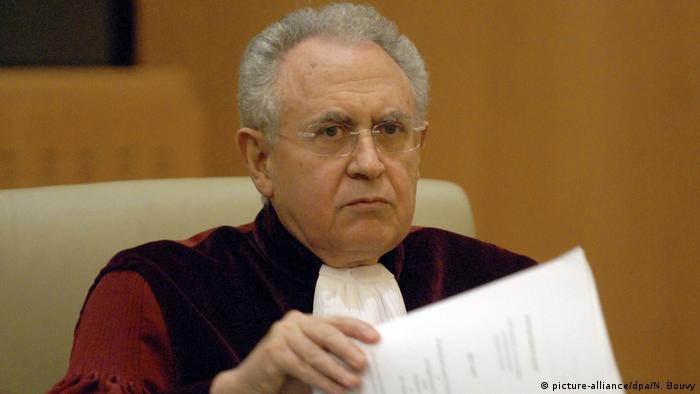 The decision has been handed down, but one question remains. "How can someone who is guaranteed international protection reach a European border?" Eugenio Ambrosi, director of the Brussels regional office of the International Organization for Migration, wants to know. Existing law only applies when a person arrives on EU soil. "This is a loophole that only the union can close," Ambrosi said.

Last year, more than 5,000 people drowned in the Mediterranean Sea while attempting to escape war or other unsustainable conditions. The European Court of Justice (ECJ) had the opportunity to create a legal path to prevent future tragedies.

Yet ECJ judges in Luxembourg reached a different decision, finding instead that EU member states were not obliged to issue humanitarian visas at their embassies. Individual member states are responsible for their own applications, they ruled, and thus nations are entitled to accept or deny people as they see fit.

The decision dashed the fervent hopes for a revolutionary change to asylum law held by activists and support groups for displaced people. Pro Asyl called the decision a "sad day for refugee protection." Karl Kopp, the group's Europe spokesperson, said the decision "plays into the hands of fortress builders and the human trafficking industry."

Belgium initiated the legal proceedings, asking the ECJ to rule on the case of a Syrian family that requested a humanitarian visa at the Belgian embassy in Libya in 2016. Belgium sought clarity on the issue, and now, after the ECJ decision, the Syrian family has no legal path to enter Europe.

"Now their only option is to illegally travel to Lebanon, or to pay human traffickers," said Tristan Wibault, the family's lawyer. He called the ECJ's decision "very disappointing: The court chose a formalistic argument to avoid the issues in reality. The deeper questions were not analyzed."

Wibault said the family would now have no choice but to return to Syria after being turned away by Belgium. Life there will be extremely dangerous for the family: The father claims to have been kidnapped and tortured in Aleppo until he was freed after he was ransomed. He says that the family's Christian Orthodox faith makes survival in war-torn Syria more difficult still.

'EU has to take responsibility'

Advocate-General Paolo Mengozzi (picutred) strongly urged the use of similar rationale in his closing argument: EU member states must allow entry to people who are "under threat to life and limb." Mengozzi's assessments serve as a basis for judges' decisions but are in no way binding. "In my opinion it is imperative that member states not duck their responsibilities in times in which borders are being closed and fences erected," Mengozzi wrote.

But asylum law falls under the purview of the individual member states. All 28 heads of state and government would thus have to vote in support of such calls from the European Parliament for them to become legally binding. Recently, a proposal to do so was voted down. Instead member states approved a ten-point plan to shut down smuggling routes across the Mediterranean during their latest EU summit in Malta. The plan, among other things, proposes that the Libyan coast guard stop all travel toward Europe.

The ECJ's decision likely comes as a relief for most member states. In all, 14 member states submitted statements/opinions to the ECJ on the case being heard in Luxembourg, among them, Germany. In the statements each country laid out their own justification for the rejection of humanitarian visas.

Had the ECJ handed down a pro-visa decision, it would have forced member states to embrace a policy that has been largely rejected on both the national and the EU level. Fears about opening Europe's doors to 65 million refugees around the world are simply too high – and that at a decidedly unfavorable moment.

This year will see a number of elections across the European Union. Right-wing populists could make large gains in several of those elections, perhaps even moving into governing coalitions. The influx of hundreds of thousands of refugees is a major election theme for many of them.

"I don't think that the EU is interested in protecting refugees right now," the lawyer Wibault said.