Rattling sabers in the eastern Mediterranean | Europe | News and current affairs from around the continent | DW | 14.11.2014

Rattling sabers in the eastern Mediterranean

Energy resources threaten to ramp up tension in the Mediterranean. Turkey and Cyprus have interests in offshore drilling for oil and natural gas, but issues of sovereignty on the divided island have leaders at odds. 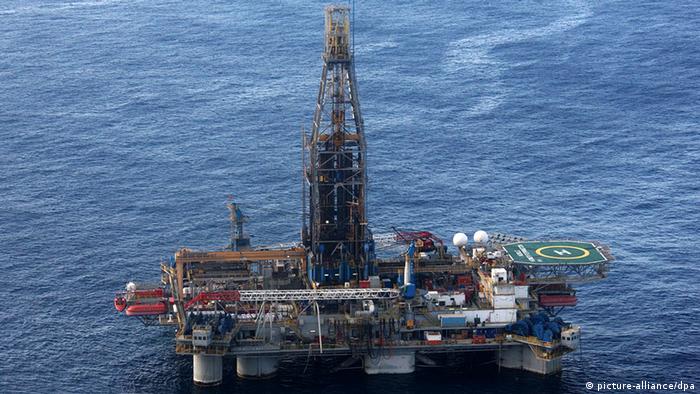 The rattling sabers were unmistakable. Earlier this week, Turkey's Naval Forces Commander Bülent Bostanoglu told reporters that the Navy has new regulations for missions in the eastern Mediterranean Sea that enable the forces to deal with a possible engagement with warships from other nations.

Bostanoglu didn't have to spell out to the Turkish reporters what that situation might be. The Republic of Cyprus is drilling for oil and natural gas off the cost of the divided Mediterranean island, which Turkey says is a breach of Turkish Cypriots' rights. In response, Turkey has also launched an oil exploration project in the waters off the island, adding warships to protect the operation. The Turkish Navy also has an eye on Greek Cypriots' oil exploration activities, the admiral said.

The government in the Greek part of Nicosia accused Turkey of "provocative acts" and withdrew from unification talks with Turkish Cyprus. The Mediterranean island has been divided into a Greek Cypriot south and Turkish Cypriot north since 1974. 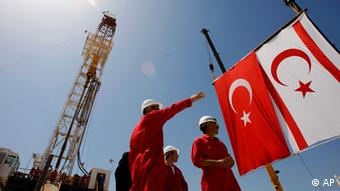 Greece, Egypt and Cyprus demand that Turkey stop all offshore exploration activities around the island - a move Ankara won't even consider.

The dispute is about more than the extensive oil and gas fields in the eastern Mediterranean and the promise of lucrative profits. From a Turkish point of view, seeking for oil is an attempt by the Greek Cypriot side to create a fait accompli even before reaching a potential agreement with the island's Turks on a united state - as it were, establishing a Greek predominance on Cyprus.

Ankara regards itself as the Turkish minority's protective power on Cyprus, and will not accept a fait accompli on the island, current Prime Minister Ahmet Davutoglu said back in September while serving as Turkish foreign minister.

Fears of a "hostile alliance"

Sovereignty is key sticking point in the talks on reunifying the divided island: the internationally recognized Greek part of the island, which is a member of the EU, regards itself as the rightful representative of all of Cyprus while Turkey and the Turkish part of the island insist on the island's divided sovereignty. Turkey argues that projects like the exploration of offshore resources can only be tackled once a peace accord has been signed. 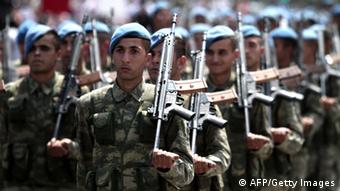 The Turkish Cypriot government accuses the Greek side of planning a "hostile alliance" against the island's Turks and Turkey. A senior Turkish government official who asked to remain unnamed was, however, more reserved in his assessment of the situation. He told DW that Ankara is committed to finding a lasting solution for Cyprus and supports peace talks on the island. Offshore oil explorations, however, aren't in line with "the spirit of the negotiation process," he added.

It would seem Ankara doesn't want the situation to escalate too far. Additional problems in the eastern Mediterranean would further isolate Turkey - already mired in problems in its relations with Syria, Iraq, Israel and Egypt - and further complicate ties with the EU. The Cyprus conflict is sure to be on the agenda when Davutoglu visits Athens in early December. Turkish diplomats have been quoted in the media as shrugging off the Navy's new engagement regulations as mere routine.

Neither side wants the conflict to escalate, said Cenap Cakmak, a political scientist at Osmangazi University in the western Turkish city of Eskisehir. Despite the suspended talks, "Everyone wants to keep open every channel for negotiation," Cakmak told Deutsche Welle.

Turkey has been told it must pay 90 million euros in compensation over its 1974 occupation of northern Cyprus. The money will compensate Greek Cypriots who suffered human rights abuses. (12.05.2014)

The central bank of Cyprus has announced the country's current capital controls will be thing of the past by the end of 2014. The restrictions had been introduced to prevent a run on lenders. (14.02.2014)

Greek and Turkish Cypriot leaders have pledged to end the island's four-decade division as soon as possible, they said in a joint statement. This comes after peace talks had stalled for nearly two years. (11.02.2014)