Greek and Turkish Cypriot leaders have pledged to end the island's four-decade division as soon as possible, they said in a joint statement. This comes after peace talks had stalled for nearly two years. 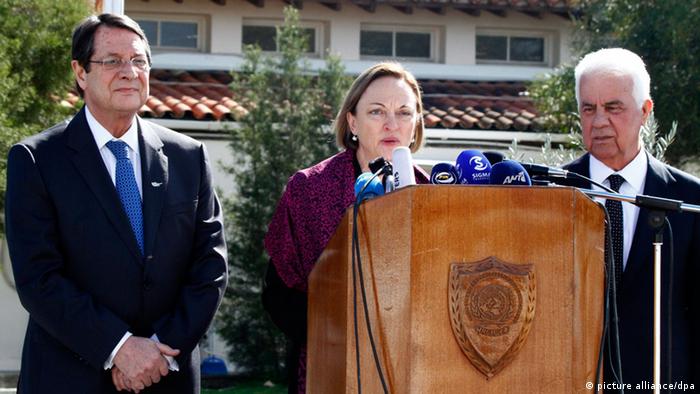 Greek Cypriot leader Nicos Anastasiades (pictured above on the left) and his Turkish Cypriot counterpart Dervis Eroglu have agreed to work towards ending the island's division "as soon as possible", they said after a fresh round of peace talks on Tuesday (11.02.2014). After almost two years of stalemate, they agreed to re-launch UN-brokered talks and met at a now defunct airport in the UN-controlled buffer zone.

UN envoy Lisa Buttenheim told reporters the two leaders had agreed on a new roadmap, which will form the basis of new negotiations, based on a two-zone federation aimed at reuniting the island.

"The leaders expressed their determination to resume structured negotiations in a results-oriented manner," Buttenheim said. "The sides will seek to create a positive atmosphere to ensure the talks succeed. They commit to avoid blame games or other negative public comments on the negotiations. They also commit to efforts to implement confidence building measures that will provide dynamic impetus to the prospect for a united Cyprus."

Talks between President Anastasiades, who heads the internationally recognized Greek Cypriot government, and Turkish Cypriot leader Eroglu were slated to begin in October 2013, but their failure to agree on the wording of the roadmap led to over four months of bickering. The joint statement was a precondition of Anastasiades for the resumption of negotiations. But with little progress on the text, both leaders pointed the finger at each other for the impasse.

A breakthrough finally came last week after the US Assistant Secretary of State for European and Eurasian Affairs, Victoria Nuland, made an appearance in Nicosia to nudge the leaders into ironing out differences. Just two days later, the UN confirmed that Anastasiades and Eroglu would hold their first meeting in the in the UN buffer zone in Nicosia. 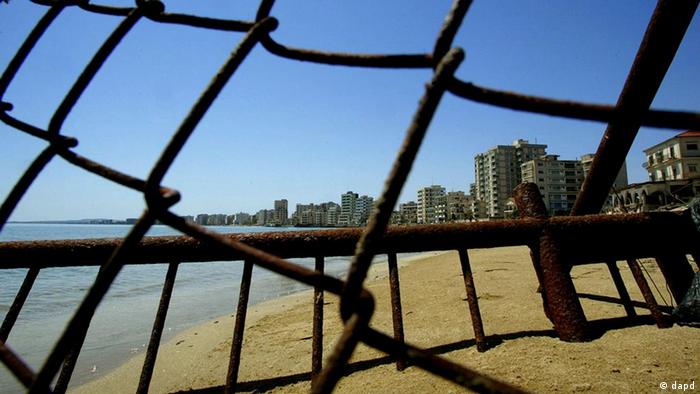 Cyprus has been divided since 1974

"The sudden increase in US involvement certainly caught many by surprise," said James Ker-Lindsay, a professor at the London School of Economics and specialist on Cyprus. "In recent years, Washington has been rather quiet on Cyprus. The fact that Washington obviously felt that the indications behind the scenes were sufficiently positive to make a renewed effort to try to restart talks worthwhile led to last week's breakthrough."

Cyprus was divided after an Athens-backed coup took control of the island in 1974. A week later, Turkey invaded the island. In 1983, Turkish Cypriots established their own state, which is recognized only by Turkey.

For nearly 40 years, under seven Greek Cypriot presidents and three Turkish Cypriot leaders, off-and-on talks on the so-called ‘Cyprus Problem' have dragged on, with every other attempt to bridge every issue having been tried and tested by the United Nations having failed.

In 2004, a plan drafted by former UN Secretary General Kofi Annan was overwhelmingly rejected by Greek Cypriots, but accepted by Turkish Cypriots in a referendum.

The Greek Cypriot government has devoted the past year to pushing through an unpopular set of austerity programs agreed to as part of a massive EU-IMF bailout. The rescue package saw the island receive 10 billion euros ($13.7 billion) in emergency aid which was followed by the forced closure of the island's second largest bank.

On Sunday, Anastasiades gave the clearest indication that the reunification issue had returned to the top of the national agenda. "We have hard work ahead and should make a persistent effort. In the time to come, everyone's patriotic standing will be accounted for, the political leadership, the media and civil society. Everyone has a role to play in this effort," he said.

However, the drive for peace has already spelt trouble for Anastasiades. Coalition partner Democratic Party (DIKO) has expressed dissatisfaction at the wording of the roadmap and has threatened to withdraw its support. The spat has resulted in public slanging matches and could leave the coalition government hopelessly divided - but support for Anastasiades has come from the opposition communist party AKEL - the party which is blamed for much of the economic malaise in Cyprus.

The last round of UN peace talks, which attempted to forge a federation between the two communities, were abandoned in 2012 after a failure to agree on a range of issues including power-sharing, Turkish settlers, property and territorial rights.

James Ker-Lindsay says the problems are so complex and the differences between Greeks and Turks so deep that no quick solution is in sight. He says resolving major issues, such as the return of property abandoned by displaced Greek Cypriots then occupied by settlers from mainland Turkey will prove difficult. 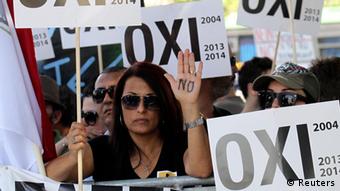 "Going by the history settlement efforts, few will be expecting the talks to make rapid progress, let alone reach a final agreement. Also, it has taken many months just to get a joint statement outlining the broad parameters of discussions. Once you get into the details of all the different issues - governance, security, economy, etc. - the chances are that talks will slow considerably," Ker-Lindsay told DW.

However, in a television interview, Ozdil Nami, the official in charge of Turkish Cypriot foreign affairs insisted that whilst differences remain between the two communities, the talks could be successfully concluded by the end of 2014.

"Lessons can be learned from mistakes made in the past. And if a will for reaching a federal solution in the island is reflected, then a new comprehensive plan can be put to the referendum of both sides after a negotiation process to be continued only a few months not years," Namil said.

Cyprus's division is also a thorn in Turkey's prolonged bid to join the EU and Ankara has appeared eager for a resumption of dialogue, with Foreign Minister Ahmet Davutoglu stating that the new talks would be the last chance to find a united Cyprus.

"The talks should not be open-ended and cannot be dragged into a deadlock if one side negatively responds to the talks. Deadlock should not be an alternative," Davutoglu said.

Another showdown could be caused over oil and gas exploration, after Greek Cypriots began drilling for natural gas in 2012. The move irked Turkish Cypriots, who insist that any natural reserves discovered in the eastern Mediterranean belong to both sides.

Fearful that the exploration dilemma could scupper the talks, the UN is adamant the issue is not directly related to the peace process and will not be discussed. In an interview with DW last year, the Former Turkish Cypriot leader Mehmet Ali Talat described the energy issue as being the elephant in the room. 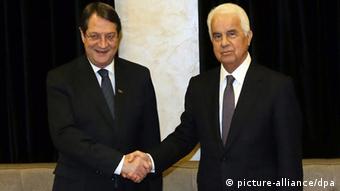 Support for a resumption in peace talks have also come from Greece, with Prime Minister Antonis Samaras describing Cyprus as "one of the leading priorities of Greek foreign policy."

Dr Mike Hajimichael, Associate Professor in Communications at the University of Nicosia, says the biggest problem is finding political will to solve the problem.

"It's all really about seizing historical moments, and the longer time passes, the more likely we all are of never reaching any kind of solution to a problem that most people cannot event define without entering an argument about…"

To this bleak scenario, Nicosia-based economist Fiona Mullen says the prospect of a solution brings the promise of a revived economy, which would benefit both Greek and Turkish Cypriots. "What I can say is that the peace dividend is worth several billion euros, not just in the short term but in the longer term as well."

The EU believes the independence of Turkey's judiciary is under threat, while Prime Minister Erdogan believes the West is conspiring against him. After meeting with EU leaders in Brussels, many questions remain. (22.01.2014)

Turkey stumbles over Cyprus on way to EU

The EU is restarting negotiations with Turkey over membership, but only half-heartedly. Turkish occupation of part of the island of Cyprus remains the biggest obstacle. But Turkey's human rights record doesn't help. (05.11.2013)

Russians who lost their deposits in the Bank of Cyprus under the EU's bailout conditions got shares in return - and ended up holding the majority of the bank. For many Cypriots that's not necessarily a bad thing. (18.10.2013)