Muslims are preparing for the Sugar Feast which marks the end of Ramadan. But not everybody is celebrating. In northern Nigeria, young men are dumping their girlfriends - to avoid financial commitments. 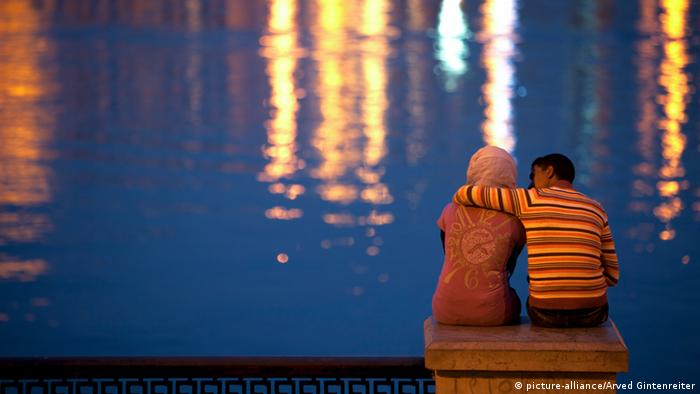 Ramadan is coming to an end. With the arrival of the new moon, it is time for Eid al-Fitr, the breaking of the fast, also known as the Sugar Feast or Sweet Festival. For devout Muslims, this is one of their most important religious festivals. The breaking of the fast is celebrated in the family with a sumptuous meal. This is a festival of contemplation, thanksgiving and forgiveness. But for many young women in northern Nigeria, it is anything but an occasion to celebrate. Their boyfriends are avoiding them, or even abruptly terminating their relationships.

"I have three boyfriends and they haven't been in touch for weeks," said Maimunata Mohammed. The young woman is annoyed. With every passing day she feels herself increasingly abandoned by her lovers - all three of them and in a predominantly Muslim society!

Normally this religious festival is an opportunity to visit friends and relations, but this year the young men have been studiously avoiding her. "They don't answer the phone when I call. Sometimes they just switch their phones off," Mohammed said.

Many other young women in northern Nigeria have had similar experiences. "The reasons are financial," said Amina Sunusi. "Many men just don't have the money to meet their financial obligations towards their girlfriends and therefore simply disappear during Ramadan and the ensuing festivities." 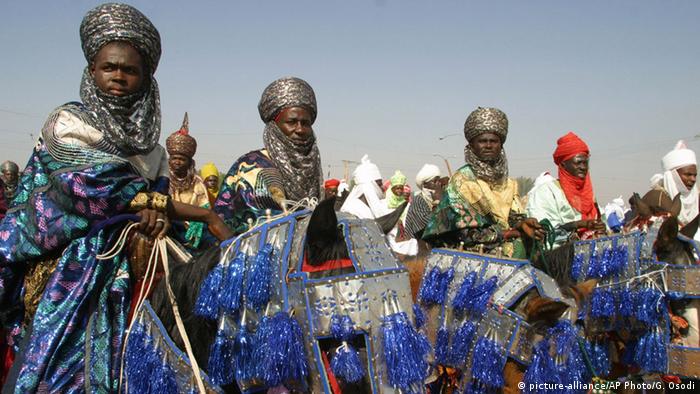 Muslim horsemen dressed in ceremonial robes as they prepare to parade for the Durbar festival in Kano at the end of Ramadan.

Maimunatu Mohammed is furious nonetheless. She had told her boyfriends what she wanted - new shoes, clothes; plus money for incidental expenses. "I did exactly what I did last year," she said. But this year, however, she is not going to take any of her errant boyfriends back again. "They have already shown that they won't be able to provide for me, should I decide to marry one of them," she said.

The financial obligations imposed on young men at this time of year are immense. Almost all of them list the same grounds for complaint.

"We are going through hard times and what the girls are demanding is way beyond our means," they say. They say they find it difficult just to scrape together enough money to buy the necessary clothes for the festival. In addition, there are the obligatory charitable donations for the needy, say the young men who prefer not to be named. They are overcome by a deep sense of shame that they are unable to spoil their girlfriends with innumerable gifts. Many have several girlfriends, which means spending a lot of money during the festival. "I have four girlfriends - and that quickly tots up to 200 Euros ($218). Quite frankly, given the current economic climate in Nigeria, where am I supposed to find this money?" one of them asked.

One of the young men - a student - said it was better to take time out in a relationship until the festivities are over. The excuses they offer their girlfriends are nearly always the same. They had been ill, had gone away, or their family wouldn't let them leave the house.

The economy in northern Nigeria has been stalling for years. Oil revenues do not trickle down to this part of the giant oil-rich West African nation. The local population belongs predominantly to the Hausa people, the majority of whom live off the land in this very arid region. Youth unemployment is high. According to the World Bank, 14 percent of Nigerians aged between 15 and 24 are without a job. The problem is especially pronounced in Nigeria's northern states and for this reason young Nigerian men choose to avoid their girlfriends when the fast is broken.

It was always a Hausa tradition for young men to give their girlfriends presents at regular intervals, especially at festival time, said Sadiq Isa Radda, professor of sociology at Bayero University in Kano. But in recent years this custom has changed in character. "The young women have become too materialistic and it is simply not possible for the average young man to give them what they want," he said. But Radda believes the young men are partly to blame for their misery. "They want to impress their girlfriends with expensive gifts, but how are they going to do that when they don't have a job? They have no alternative, but to go away and hide." 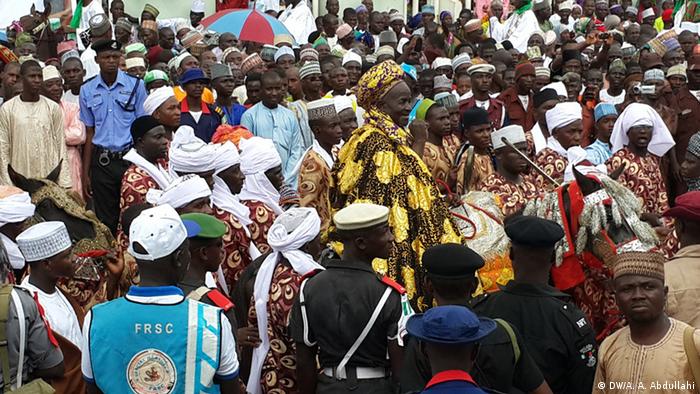 Radda said that social attitudes have been changing among the youth of northern Nigeria over the years. Not only do the young men now have more than one girlfriend, the young women, too, also have multiple partners. "Many of the young women hope they will receive more money and presents from the men, and try to extract as much as they can from these relationships," he said.

"If you leave me during Ramadan, then you should know that it is over between us," Fa'iza Mohammed Inuwa told her partner. Not all women are interested in enriching themselves and so this curious custom of the men avoiding their girlfriends during Ramadan is seen a breach of trust. "If I love somebody, it doesn't matter how much he earns or what he gives me. A relationship is about love and understanding," she said. "If a man doesn't have any money for presents, then he should tell me so, openly and honestly. But I don't want to spend the rest of my life with somebody who simply clears off!"

Ibrahima Yakubu contributed to this article

President Muhammadu Buhari has fired his top military chiefs as he scrambles to defeat Boko Haram militants, who are waging an intensified campaign of violence against civilians in Nigeria and neighboring states. (14.07.2015)

The military has been criticized for its handling of the uprising in the north of Nigeria following an upsurge in attacks from Boko Haram Islamist fighters. The sackings came hours after the latest suicide bombing. (13.07.2015)

The 'Bring Back Our Girls' campaigners have asked Nigeria’s President Muhammadu Buhari to ensure that the missing girls are rescued from Boko Haram. (10.07.2015)