′Rainforests are the planet′s sweat glands′ | Environment| All topics from climate change to conservation | DW | 18.12.2014

A new study predicts that the effects of deforestation on the global climate will be much stronger than expected. Study author Deborah Lawrence tells DW more. 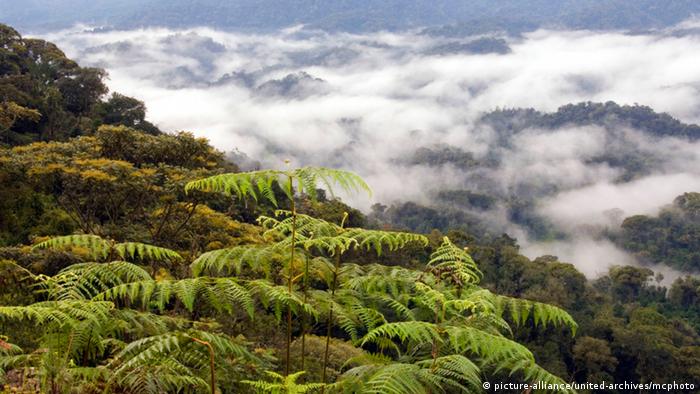 So far, experts thought that deforestation of tropical rainforests increases the global temperature mainly because carbon dioxide is emitted into the atmosphere. But a study released Decenber 18 says that we have additional warming to worry about, because deforestation leads to increased temperatures in another way.

DW: You say that deforestation will contribute even more than anticipated to global warming, because rainforests are not only the planets lungs, but also its "sweat glands." What do you mean by that?

Deborah Lawrence:Sweat glands cool us. They take the heat in our body, and get rid of it. And similarly, just like we have liquids inside us and the sweat evaporates off our brow, tropical forests take the heat that they get from the sun and they get rid of it: They move water through the system from the their roots all the way up through their stem and out through their leaves - from liquid water, to water vapor in the air. They cool themselves and because they are so vast, they can cool the planet.

What is the link between moist air and a cooler climate? 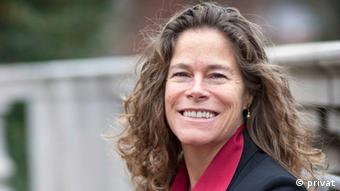 If you think of the sunlight that comes into the atmosphere, it can do two things: It can either transform liquid water into water vapor, or it can get absorbed and re-radiated, because the energy has to go somewhere. So if it doesn't go into water, it goes into heat.

So if all of the tropical rainforest is cut down, how much would the global temperature increase?

There is a range: It could be as small as 0.1 degree Celsius, but it could also be as large as 0.7 degree Celsius on the global scale. What we have already seen is 0.74 degrees Celsius because of industrialization. So if we cut down all of our tropical forest, we could see warming that would be almost equivalent to what we have already seen due to fossil fuel use and industrialization.

And the warming will be worse for the tropics. If it is 0.5 or 0.7 degree Celsius for the globe, it could be 1 or 2 degrees Celsius in the tropics.

Why is the effect of clearing tropical rainforest so severe?

Why are the effects being felt globally?

When we deforest, the tropical atmosphere responds. If you think about a pot boiling on the stove, the water will bubble and the steam will move up to your ceiling. When it hits the ceiling, it starts moving across the ceiling and can even escape out into our hallway. So similarly, there is kind of a ceiling up at the atmosphere, and all this energy that floats around moves up, and then it hits this kind of ceiling and moves out, away from the tropics. It's funny: the atmosphere seems invisible, but it is very well structured and in fact those air masses bump into each other, transfer energy, they interact. 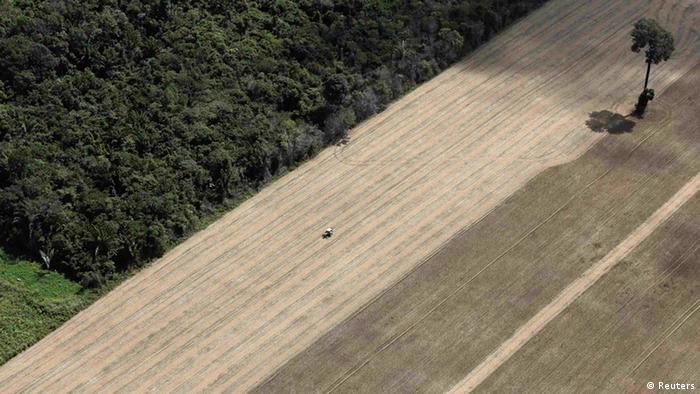 This rainforest in the Amazon was cleared for a soybean plantation

A lot of forests are cut down to make way for crops and agriculture. So in one way, you replace plants with plants. Why does the planet's cooling system not work with crops?

If you cut the forest, you go from giant plants to very small ones: crops. Tropical trees have got deep roots, they can access a lot of water and they have a lot of leaves, so they can move a lot of water through the system. You replace that with a crop that has shallow roots - this wonderful cooling system really diminishes when you go from tropical forest to crops.

An increase in temperature will affect our ecosystems, but also for example our agricultural production. What do we have to prepare for?

You can have a double effect on agriculture: Agriculture does not do well when there are more extreme temperatures. Add even a 5 or 10 percent decline in rainfall, and you can imagine that the plants feel that stress quite strongly. So, I am worried about tropical agriculture. 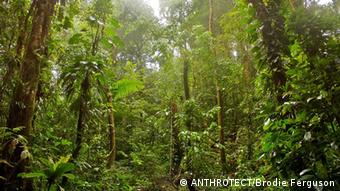 And I think there is a change that with large-scale deforestation we could also see the effects in important agricultural areas outside the tropics. So the irony is that we clear tropical forests to grow crops, to grow cows, to feed the people. And yet, if we don’t preserve very large tracks of forests, that very activity will not be as productive as it might be.

So what are the lessons to be learned for the future?

We need to think about agriculture and forestry together, and that tropical forests have an affect on climate that goes beyond carbon. We have to start recognizing all of the climate services provided by tropical forests and not focus just on the carbon.

Deborah Lawrence is a professor of environmental sciences at the University of Virginia in the United States. Her research focuses on the ecological effects of tropical deforestation. She has spent the past 25 years doing field-based research in Indonesia, Costa Rica, Mexico and Cameroon.

A precious forest in the Pacific

Local clans in Emalu, Fiji, have chosen not to chop down their forest. They benefit from its products and may now also receive additional compensation under the REDD+ program. (02.12.2014)

The orangutans of Bukit Tigapuluh are to be released back into the Indonesian rainforest. But, first they need to train and master a whole host of skills that apes need to survive in the wild. (09.12.2014)