Raffles bicentennial stokes debate in Singapore over colonization legacy | Asia | An in-depth look at news from across the continent | DW | 18.03.2019

Singapore has been organizing a series of events marking the 200th anniversary of the arrival of Stamford Raffles on the island. But not everyone is happy to see a British colonizer being remembered with such fondness. Exhibitions, heritage tours, light art installations and musical shows have been lined up throughout the year to "commemorate" his arrival because he changed Singapore's destiny "from an obscure fishing village to a great seaport and modern metropolis." But not everyone in this island city-state is happy to see a British colonizer being remembered with such fondness.

25-year-old Singaporean Mysara Aljaru sees the bicentennial events as a celebration of colonizers and colonialism. "Whether you call it celebration or commemoration, it is all about glorifying the oppressor, and it is highly questionable," said Aljaru, a first-year postgraduate student of Malay Studies at the National University of Singapore (NUS).

Raffles stayed in Singapore for only 10 months over three visits between 1819 and 1923. But eventually under the colonial rule, Singapore became key to British trade in Asia. 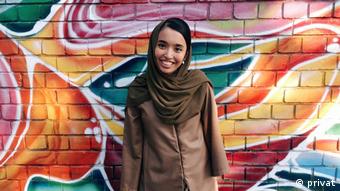 'Whether you call it celebration or commemoration, it is all about glorifying the oppressor, and it is highly questionable,' said Aljaru

There wasn't much reason for the natives to cheer about though. There is historical evidence that colonialism marked poverty for the communities who were living in Singapore before the British arrived.

Various races were segregated in enclaves where they were forced to live in inhumane conditions. Cholera, malnutrition, smallpox and opium addiction took a toll on the working class. Prostitution was common and the life of a prostitute in colonial Singapore was "horrendous," as per records at Singapore's National Heritage Board (NHB).

"The motivation of the colonizers was profit, control and the projection of power, nothing else. There was no fairness or altruism in mind," said Ja Ian Chong, associate professor in the department of political science at National University of Singapore. Former British colonies in the region like India and Sri Lanka have always criticized the colonizers for subjugating and exploiting natives, but Singapore never did that.

Since a section of local elites, who were beneficiaries of colonial rule or their descendants, remained at the helm in the post-independence period and the independent Singapore state maintained a cordial relationship with Britain, motivation to criticize colonial rule in public was limited, explained Chong. "As a result, some of the depictions of colonial rule ended up being inappropriately salutary," Chong pointed out.

The statue of Raffles, erected in 1972, is an indication of the sense of indebtedness Singapore's ruling People's Action Party (PAP) has toward the British. PAP has governed the city-state since it gained its independence. 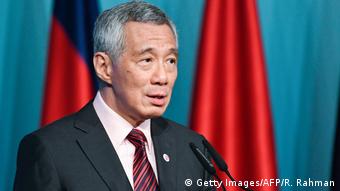 'Without 1819, we may never have launched on the path to nationhood as we know it today,' said PM Loong

The narrative that British rule brought prosperity, peace and stability, is also being promoted in school textbooks. "The history textbooks in schools barely looked into anything else beyond the British. It didn't mention about life of the Malays, Chinese and Indians, who had immense contribution in the making of the modern Singapore," says Aljaru.

Indeed, Singapore's history goes beyond the colonial era and Singaporeans also have ancestors to look back to. Various communities such as Malays, Javanese, Bugis, Indians and the Chinese had been part of the island's history long before Raffles arrived.

Cultural critic Nazry Bahrawi of the Singapore University of Technology and Design said, "Marking the start of modern Singapore as 1819 downplays indigenous contribution, especially that of the Malays, in modernizing Singapore. For the longest time, Singapore was described as a 'sleepy Malay village' before the coming of Raffles, which feeds into the longstanding stereotype of the 'lazy native.'"

"The pre-colonial Singapore, however, was quite busy and modern. In the 17th century, the island became the site of Johor Sultanate's naval base and a functional trading port," the expert added. 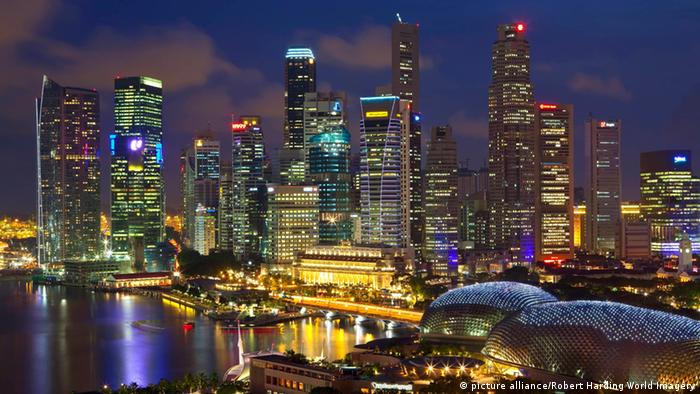 Singapore is now one of the world's most prosperous nations

But Tan Tai Yong, a member of the government's bicentennial advisory panel, argued that the bicentennial is an opportunity "to generate deeper understandings of how communities, society, the Singapore state and our current orientation as a country have evolved out of that past."

While inaugurating the bicentennial, Singapore's Prime Minister Lee Hsien Loong also provoked a sense of national identity by saying, "Without 1819, we may never have launched on the path to nationhood as we know it today."

Historian Pingtjin Thum says that only a select few are allowed to participate in the making of "nationhood" and "national identity," while the rest of Singapore are only expected to swallow it.

But the current debate, on social media and otherwise, over bicentennial has forced the government to do some course correction, even if it's cosmetic. The official Facebook page of Singapore bicentennial now has information on the Bugis, Javanese and on Srivijayan prince Sang Nila Utama, who founded the Kingdom of Singapura (pre-colonial name of Singapore) in 1299.

Recently, Utama's statue has been erected along with that of three community leaders from the pages of history, next to where Raffles stands.

Now the government also wants people to celebrate the 700-year-old history of Singapore and engage in a conversation on the past, but it has to revolve in and around 1819. "1819 is being recognized as a crucial turning point (in a 700-year-old history) that set Singapore on a different trajectory towards modernity. By looking at the developments in Singapore's history, before and after 1819, the significance of 1819 can be situated in a larger perspective," said Tan Tai Yong.

British rule in Singapore ended in 1963, and Singapore merged with the Federation of Malaya and former British colonies North Borneo and Sarawak to form Malaysia. The union, however, proved unstable and Singapore was expelled two years later, in 1965.

Bicentennial, perhaps, is also an occasion for the PAP government to justify the separation, as PM Lee said, "…this history since 1819 explains why after separation, Singapore not only survived but thrived."

By saying this, critics point out that Lee wants to legitimize PAP's policies, institutions, and mechanisms which have reflected those of the colonial period. "The use of colonial-era laws of repression such as the Internal Security Act, projection of Singapore's status as a capitalist client state, its dependence on foreign investment and reliance on low-wage laborers working and living in quasi-slavery conditions, reflect how its policies are fundamentally a continuation of colonial rule," Thum argued.

Back on the banks of Singapore river, Raffles stands tall, hands folded, as if signaling a sense of self-pride to see his legacy living on.

The free trade deal is the EU's first with a member of the Association of South-East Asian Nations (ASEAN). The European Parliament's approval will clear the path for the deal to come into force as early as this year. (13.02.2019)

In an interview with DW, Singapore's Defense Minister Ng Eng Hen downplayed concerns over a major confrontation emerging in the region and said that calling China a regional hegemon was a matter of "opinion." (18.02.2019)

Asian cities are the world's most expensive for expats

If you are planning to relocate to Asia for work, get ready to open your wallet. Six of the top 10 costliest cities for expats are in Asia, according the annual cost of living ranking from the consulting firm Mercer. (22.08.2018)

The death of Queen Elizabeth II has led to glowing tributes from leaders across Africa, but also criticism of the monarch and her country's colonial legacy on a continent where Britain has a long checkered history.