30 years after the Chernobyl nuclear disaster, the exclusion zone along the border between Ukraine and Belarus is a radioactive no man’s land, uninhabitable for humans. But there are new residents here: wolves. 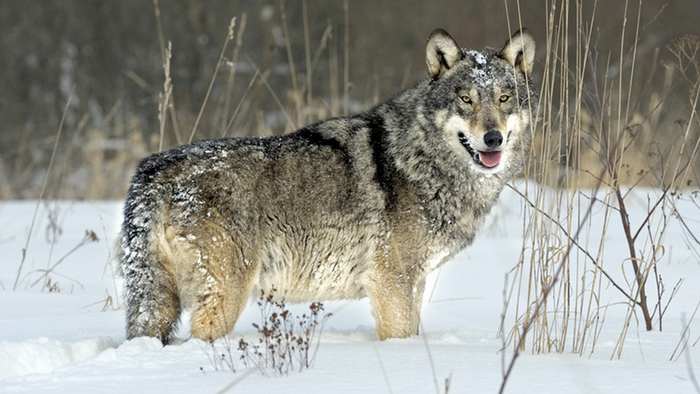 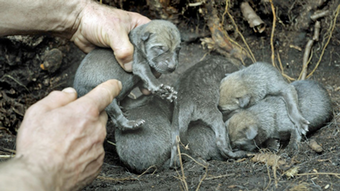 The Ukrainian and Belarusian authorities estimate that at least 300 wolves now live in the exclusion zone. Researchers have recieved official permission to study the wolf packs in the zone, and to carry out tests on individual animals. They'll try to determine the actual number of wolves in the exclusion zone, and how they and other species are affected by radioactivity and the absence of humans. Does the Chernobyl exclusion zone provide insights as to how this region might have looked during human pre-history -- or how it could look in a post-apocalyptic age? 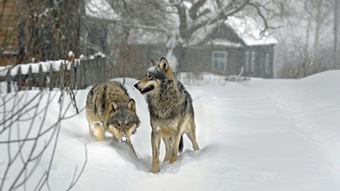 These Chrenobyl wolfes seems to be in good shape, despite the radiation that's all around them.

Research on the Chernobyl wolf population is in the early stages. Scientists have outfitted some of the animals with transmitters so that they can follow their behavior patterns. As it turns out, the wolves are in remarkably good shape, considering the fact that they're living in a highly radioactive area. Part of the research focuses on wolf pups. Fur samples from the pups are regularly compared with those of older wolves to examine the potential effects of radiation from one generation to the next. This research could prove useful in analyzing other aspects of the regional environment.