A member of a German left-wing feminist guerrilla group was handed a suspended two-year prison sentence on Monday for her role in two failed bombings 20 years ago. 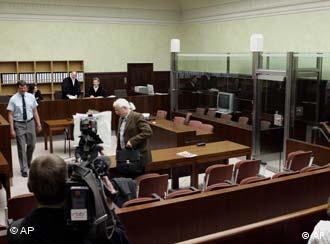 Adrienne Gerhäuser., 58, had admitted that she "knowingly and willingly" attempted to bomb the Berlin Genetic Technical Institute in 1986 and a clothing factory in Bavaria in 1987 on behalf of the Rote Zora movement.

Gerhäuser, a photographer, handed herself over to the police late last year after two decades on the run with her boyfriend, who is also suspected of aiding terrorist activities.

She told the Berlin court that the attacks were motivated by her political beliefs at the time, including a fierce opposition to genetic engineering and solidarity with striking female factory workers in South Korea.

Gerhäuser said she had provided alarm clocks for two bomb detonators. But in both cases the devices failed to go off and no one was injured. 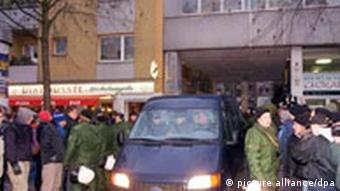 The Rote Zora group claimed responsibility for over 40 bombings

The sentence was widely expected. The Berlin court had said that because Gerhäuser had turned herself in, this was the maximum penalty she could expect. She was convicted of membership in a terrorist group and two counts of attempting to cause an explosion.

The Berlin judge who handed down the suspended sentence said Gerhäuser was no longer "motivated to manifest her political views violently."

Named after a German children's book about a female Robin Hood-like character, Rote Zora was a women's splinter group that broke away from the so-called Revolutionary Cells network in 1986. It claimed responsibility for 45 bombings and cases of arson between April 1977 and February 1988 with the aim of bringing about "violent, radical change in German society" but tried to avoid casualties.

Germany will this year be commemorating the "autumn of terrorism" 30 years ago in 1977, when murders and kidnappings by the Red Army Faction (RAF) reached their climax. 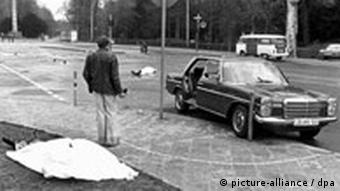 Murders and bombings scarred Germany in the 1970's

The far-left's violent campaign against the West German state and elite in the 1970s and 1980s has been mulled over in recent months as two former guerrillas from the RAF, also known as the Baader-Meinhof Gang, sought release from prison.

Brigitte Mohnhaupt, who was convicted for her role in nine murders in the group's bloody class war in the 1970s, was freed last month after serving 24 years in jail.

But a court in February refused prison day releases for Christian Klar who led the RAF along with Mohnhaupt.

The families of the victims of the RAF have bitterly opposed the release of both.

After years on the run, a former member of the left-wing extremist women’s group "Rote Zora" turned herself in late last year. Starting Wednesday, she is being tried for her involvement in two botched terrorist attacks. (11.04.2007)