Germany Remembers Bloodiest Year of Left-wing Terrorism Past | Germany| News and in-depth reporting from Berlin and beyond | DW | 07.04.2007 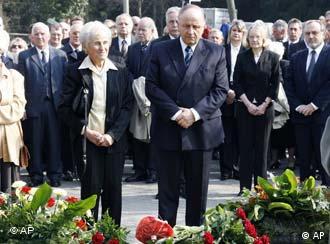 Founded by Andreas Baader and Ulrike Meinhof, the radical left-wing RAF rose from the student protests of the late 1960s and the anti-Vietnam war movement and left an indelible mark on West Germany with a series of murders, bomb attacks and robberies just a generation after World War Two. It is suspected of killing 34 people in West Germany between 1972 and 1991. The RAF announced it was disbanding in 1998.

The home-grown, left-wing terrorist organization has been in the news a lot lately. With some convicted RAF terrorists having been released from jail after serving out their sentences -- most recently Brigitte Mohnhaupt -- a debate has arisen about whether they still represent a danger to the public, or whether Germans should draw a line under this brutal piece of the past.

DW spoke to Michael Buback, the son of former German federal prosecutor, Siegfried Buback who was murdered in his car by the RAF on April 7, 1977 through shots fired by a person on a passing motorbike. 57-year-old Buback's driver and a guard were also killed in the attack. The identity of the murderer remains unknown until today. Buback's assassination sparked a series of murders of high-profile public figures by the RAF in the same year which came to be known as the "German Autumn."

DEUTSCHE WELLE: There's been a lot discussion about convicted RAF terrorists. How do you cope with that as a relative of one of the victims? Michael Buback: My feelings are mixed. On the one hand, we relatives are happy that we put everything behind us. It's something you have to bear yourself. No one can give you much help. On the other hand, it's of course important for us to examine the phenomenon of how such terrible crimes could have ever come about.

The discussion that's flared up shows that this phenomenon has hardly been dealt with in its entirety. And because it's important, we have to confront it. That's something we relatives have to accept. Of course, it brings back a lot of difficult moments. I can't help thinking back to that day right now. It's terrible, but I think we have to confront terrorism. Back then only a few people were affected. Today, we're all confronted with it. We have to try to rid the world of this plague. That demands intense investigation. It requires us to collect all the known facts. We have to see what kind of terrible crime these were, and we have to make sure they are never repeated. 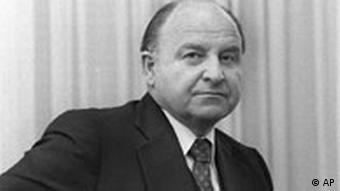 Former federal prosecutor Siegfried Buback who was gunned down on April 7, 1977

Do victims' relatives keep in contact with one another?

We keep in informal contact. We don't have organized meetings. Sometimes random groups will get together once every five or ten years. But we don't plan anything. I occasionally get asked whether the interests of the victims and their relatives are taken seriously. I always say that the victims don't have any interests any more. They were killed. And the relatives don't have interests in the normal sense. How could we? We're available for one another. 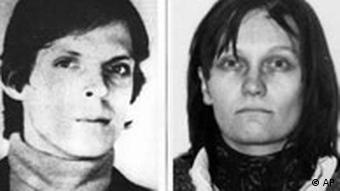 I try to be so as far as possible. We've lived with the problem for 30 years. For me it's not a daily thing, but for my mother it is. She's been alone for 30 years. I have so much to do. I only feel it really strongly when something pushes me in that direction. Over the decades I've always tried to relate everything I hear back to those events. I'm always trying to learn more and reach new insights. Those who only think about those events on anniversaries never realize that we're still trying to make a contribution.

Can people who didn't directly experience this piece of history ever truly understand it?

Our children have been informing themselves -- especially because of all the public attention. I think that this is an important area that everyone should be clear about. I associate the RAF with earlier horrors in German history. We have to investigate the phenomenon that people simply decide to kill other people because they don't fit into their picture of the world. One of my father's predecessors wrote in a eulogy that the RAF terrorists were the true heirs to the fascist criminals. I think there's truth to that. Both were cold-hearted enough to simply get rid of people. The scale was of course completely different. 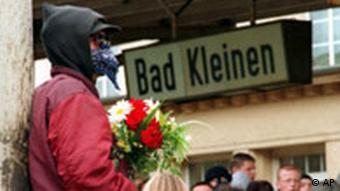 But we should be concerned about the general phenomenon, keep it in our minds and draw our lessons from it. It can always be rekindled. In that respect I'm very sceptical about the discussion concerning whether to draw a line under the (RAF) past. We should never feel too secure. Until we understand that, we shouldn't be drawing lines under the past.

Brigitte Mohnhaupt, a former leader of the Red Army Faction group which terrorized Germany in the 1970s, left jail Sunday after serving 24 years for a series of guerrilla murders. (25.03.2007)

Most German political parties consider the release of the one-time terrorist and Red Army Faction leader Brigitte Mohnhaupt as a sign of justice. But conservative leaders and the victims' families are more critical. (13.02.07)

A German terrorist hoping for parole has released a written statement that has raised eyebrows. Its language indicates that he hasn't abandoned the radical leftist ideology behind his one-time terrorist movement. (26.02.07)