A quarter of the world's population lives in countries where water demand threatens to outstrip supply. Forty-four countries are under extremely high or high water stress. 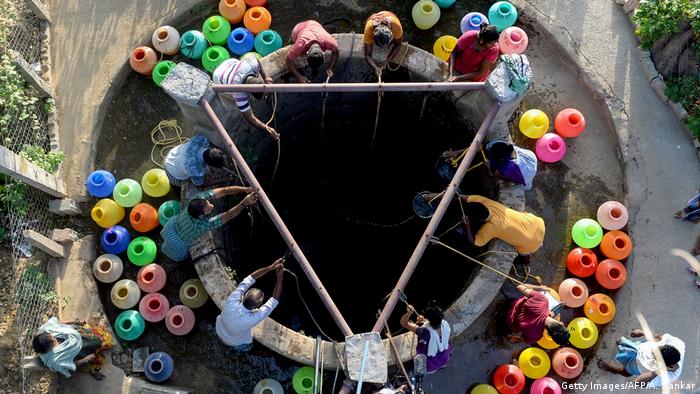 Seventeen countries that are home to nearly a quarter of the world's population face "extremely high" levels of water stress, according to a report released Tuesday.

In the 17 worst impacted countries, "irrigated agriculture, industries and municipalities withdraw more than 80% of their available supply on average every year," WRI said.

"Such a narrow gap between supply and demand leaves countries vulnerable to fluctuations like droughts or increased water withdrawals," the report said, warning that communities are facing "Day Zeros" and other crises.

Twelve of the 17 worst countries are in the Middle East and North Africa, where pressure on already scarce water resources has been compounded by rapidly growing demand and climate change.

India ranked 13 in overall water stress, but has a population three times larger than the other 17 extremely highly stressed countries combined. WRI said that in addition to rivers, lakes and streams being overused, groundwater resources are overdrawn to provide water for irrigation.

The report highlighted that even in countries with low levels of water stress there are pockets of high stress. While South Africa and the United States ranked 48 and 71 on WRI's list, respectively, Western Cape Province and New Mexico have extremely high water stress levels.

Climate change and the resulting heat waves that are sweeping Europe are increasing the risk of making the continent's most important waterway impassable for longer periods — a threat that's worrying businesses. (01.08.2019)