Putting people at the heart of climate change research

How do people deal with losing their homes as a result of climate change? Are climate agreements fair? How does religion shape ecological views? We talked to three doctoral candidates in Munich about their research. 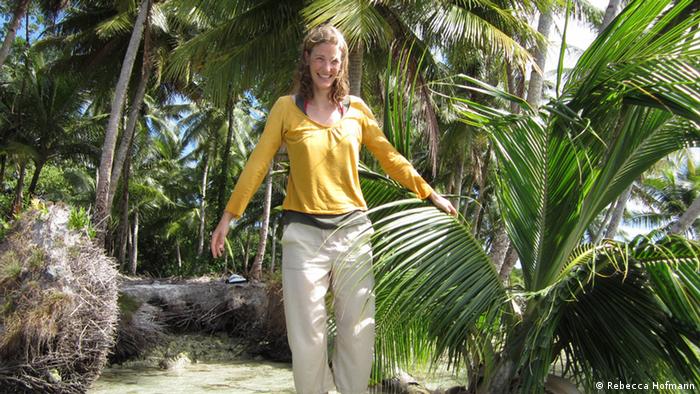 Rebecca Hofmann travels to far-flung corners of the world to speak with people and trace the scars that climate change leaves behind.

Pacific Islanders are already forced to adjust their lifestyle to increasingly changing conditions. Many of them will eventually have to abandon their traditional settlements which are locations of cultural and religious significance, connected to the people's frame of self-conception. Thus, climate change does not only impact physical life, but also leaves scars on the collective well-being of communities. That leads to natural calamities such as flooding and erosion turning into social catastrophes.

In Chuuk, one of the four Federated States of Micronesia and where I do my research, land is profoundly connected to family history, prestige and personhood. The environment is filled with symbolic importance which is visible in the significance of local food and the practice of burying the deceased on family ground.

Thus, land erosion or increased salinity of food crops is likewise an erosion of personal and collective cultural identity. My project therefore aims to understand peoples’ dispositions and capabilities to adapt to environmental change, not least through the integration of cultural experiences with natural disasters in the past.

Meanwhile, globalization and the spread of missionary practices have all transformed local perceptions of risk and coping behavior.

When justice is unjust

Sebastian Kistler wants to find out what justice in the climate context really means: not everyone has the same carbon footprint, but they’re held responsible for the same level of emissions.

Most of the proposed international climate agreements exclude developing countries signing on to on binding targets for CO2 emission cuts, mainly to guarantee that those countries are not hampered in their development. 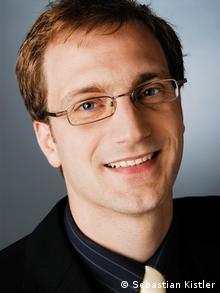 But, as I believe that renewable energy sources will win out in the long term, developing countries that are dependent on fossil fuels today run the risk of completely missing the train on a new generation of energy production. And they would mean keeping intact the very same structures that have historically put developing countries in a losing position when it comes to development policies.

In my scientific work, I am studying the capacity and consistency of the concepts of justice involved in climate change discourse today.

Crop failures, shortage of drinking water and rising sea levels will lead to enormous migration flows and endanger peace and development. This can be seen as a problem of justice in an unknown dimension: The countries (particularly developing countries), that contributed least to climate change, will suffer the most under its negative impacts.

In contrast to the urgency of those problems, the annual global climate conferences make only slow progress. Obviously, there is a lack of convincing justice models - those that would lead global politics to a modification of the economic growth paradigm and to an effective climate protection.

To improve the persuasion of justice arguments, the dissertation considers important instruments of climate protection amid the background of the egalitarianism – non-egalitarianism debate. This philosophical discussion is about the question “How much equality is fair?” Is it really fair that an equal amount of CO 2-emissions is assigned to each human being on earth?

In her PhD studies, Zarrin Monajati is investigating how the culture of religion influences man’s individual relationship to nature and the environment.

Many devout thinkers from different religions and cultures share the common point that proper human interaction with nature - and the solution of the environmental crisis - means actually returning to religious and spiritual foundations of each society. Since environmental threats are considered one of the most serious issues of modern times, contemporary religious traditions have developed their own environmental discourses. 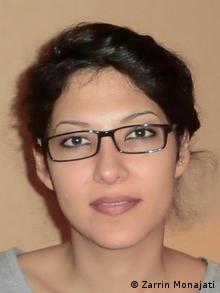 There have been many Muslims who have written and worked on it, but unfortunately are not very widely known and read. And considering the increasing misunderstanding between Islamic nations and the rest of the world, it seems that close examination and study of these Islamic discussions is really necessary.

That’s why this project intends to go beyond introduction and analyze some of these theories and thoughts in an Iranian-Shiite context, as one effective component of the Islamic world. Moreover, there is faith that all environmental movements contain apt examples of the interconnection between the local and the global, and it is in these religiously-inspired ecological encounters that ecumenical and transnational dialogue is built.

This research has been divided into two levels: first, on an academic-theoretical level, it will examine the works of three contemporary Iranian Muslim authors and thinkers who have addressedenvironmental values inIslamic tradition and their common methodology.