Mikhail Kasyanov, who served as prime minister under Vladimir Putin in the early 2000s, told DW he believed that the Russian president had "already started to realize that he's losing this war." 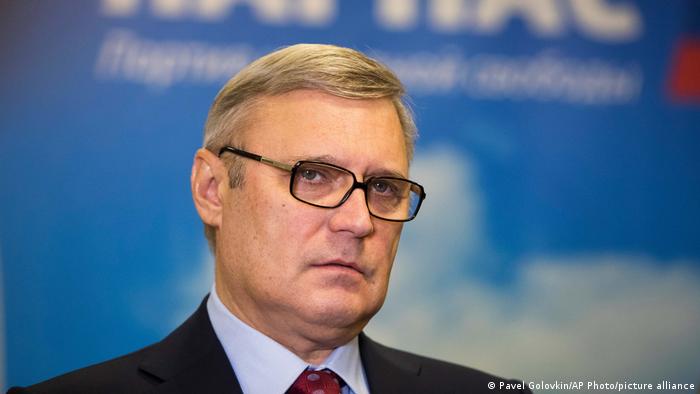 Former Russian Prime Minister Mikhail Kasyanov said that Vladimir Putin's confidence in the war in Ukraine has been shaken.

In an interview with DW on Friday from an undisclosed location in Europe, he said the Russian president may have been misled by his generals about the state of the war.

Kasyanov served as Putin's first prime minister from 2000 to 2004 before being sacked, and going on to form an opposition party and run for president in 2008. He became a vocal opponent, and now lives in exile.

He told DW that Putin was not speaking from a position of strength and even seemed "a little bit nervous" during a military parade speech he gave to commemorate "Victory Day," the end of World War II on May 9.

In the speech, Putin doubled down on the war, falsely claiming that Ukraine could have nuclear weapons and that the country is being led by neo-Nazis. The Russian president said the invasion was the "only right decision," claiming that the West was planning to invade Russia.

"The reaction of Mr. Putin and his speech was absolutely weak," Kasyanov said, adding that Putin was "already started to realize that he's losing this war." 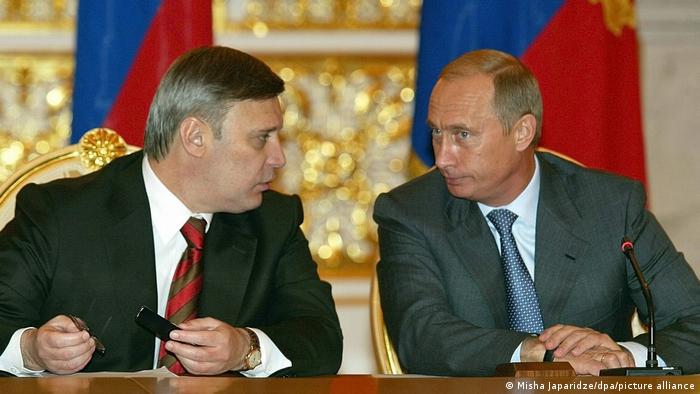 Mikhail Kasyanov, pictured here in 2003, says Putin has 'destroyed all features of democratic state' in his more than two decades as either president or prime minister

Kasyanov supported the theory many analysts hold about how Putin's inner circle has withheld information or not provided him a full picture of the state of the war, for fear of delivering bad news.

"I'm sure he was misled," Kasyanov said, adding that Putin "believed that his army [was] in a great shape" and that the invasion would take very little time.

It all comes weeks after Russia retreated from Kyiv and refocused its energy in the eastern part of the country.

With Russia experiencing several defeats on the battlefield, Kasyanov warned that Putin could look to push the conflict into a new phase.

"Now we're coming to another stage — this competition of rivalry, of economic potentials, military potentials," he said, noting that the decision by western countries to send heavy weapons to Ukraine will give Kyiv "a decisive advantage" going forward.

Having worked together with Putin, Kasyanov said the Russian leader had undergone a drastic change. "I worked with him 20 years ago. It was completely a different person. It was a completely different situation at that time," he said.

"We had parliament, independent parliament — we had independent media, we had a judiciary. Today is completely different world," he said. "Mr. Putin destroyed all features of democratic state and now just we have [an] absolutely authoritarian regime and gradually moving to a totalitarian one."

Why is the Donbas so important for Russia?

The Russian army has regrouped and is concentrating its attacks on eastern Ukraine. So why exactly is Russian President Vladimir Putin interested in Luhansk and Donetsk?

Parade without victory: Is Putin leading Russia towards disaster?