A German city seized a pug from an indebted family and sold her on eBay, but her new owner soon noticed the dog had an eye infection and had to pay for the surgery. A court will now decide if the city owes compensation. 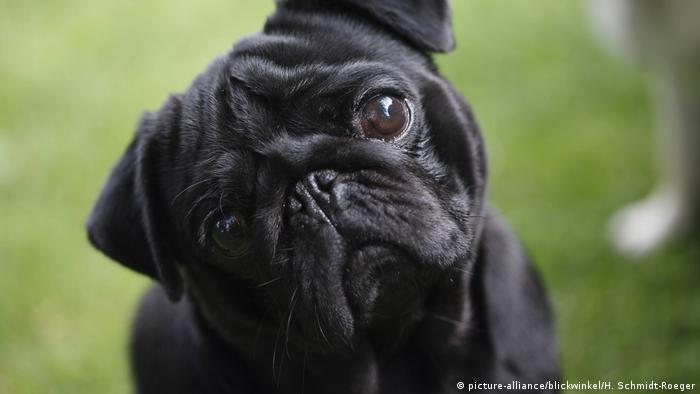 A court in the German city of Münster opened the trial centered around a purebred pug on Wednesday, launching the next stage in the saga which has already reached news outlets in China, Russia, and the US.

Judge Johannes Eienbröker opened the proceedings with a jab directed at the trial participants and the numerous members of the media.

"Welcome to this fiery legal clash," the judge was quoted by the Frankfurter Allgemeine Zeitung as saying.

The female pug, named Edda, was owned by a heavily indebted family in the town of Ahlen in western Germany. The authorities seized the family's property, including the dog, in a bid to settle some of the debt. They listed the dog on eBay and sold it for €690 ($759) to a policewoman from the nearby town late last year. The ad claimed the animal was in good health.

However, the new owner soon noticed the dog was showing symptoms of an eye infection. She was forced to pay for four operations, including an emergency procedure over Christmas. The dog also requires pricey medication and would likely need additional treatment.

No interest in settlement

The police officer, Michaela Jordan, has now sued the city of Ahlen for compensation money. According to her lawyer, the total in damages requested is between €15,000 and €20,000, but it might end up being much higher.

"We are not interested in an out-of-court settlement," lawyer Wolfgang Kalla told the DPA news agency before the start of the trial.

A city official insists that he had visited a veterinarian who had treated Edda in the past to check on the dog's health condition before the sale. The animal care professional allegedly told the official that Edda had no diseases listed in her medical file, according to the German DPA news agency.

The Münster court is set to hear an expert testimony to clarify if the dog's health problems were "degenerative" in nature, stemming from conditions that had developed before the sale.

Life without a pug 'meaningless'

The owner also wants the city to pay her back the money for the dog. However, she does not want to give up her new pet.

"The dog stays with me until the end of its life," Jordan on Wednesday.

"A life without a pug is possible, but meaningless," he said. The German plural of pug is the same as a slang term for breasts.

ICYMI: Stories to put a smile on your face 1h ago

Israel has 'no confidence' Iran deal is working, ambassador tells DW 1h ago