He was a cartoonist, film director, actor and writer who made Germans laugh for decades. Vicco von Bülow, more commonly known as Loriot, has left behind a legacy of humor and a large following. 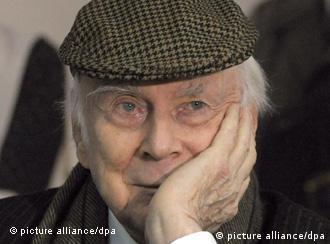 Loriot took a humorous approach to life - and death

One of Germany's most famous creators of comedy, Vicco von Bülow - who worked under the stage name Loriot - died in Ammerland am Starnberger See, Bavaria, on Monday, August 22. According to a spokesperson for his publisher, Diogenes Verlag, he "passed away peacefully" at home.

Born in 1923 into a noble Prussian family, Bernhard Victor Christoph Carl (or just Vicco) von Bülow started his career drawing cartoons with characters that had potato noses and depicted the funny side of human frailty and communication problems. 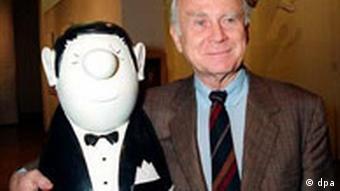 Loriot was both a cartoonist and a comedian

Very soon, German television discovered not only his cartoons but his talent as a comedian and Loriot, as he started calling himself, was asked to present a series of sketches and cartoons that became an important part of Germany's cultural consciousness.

He and his amusing characters became such a success that he went on to produce a few full-length movies. None of them have been screened outside the German-speaking realm, but the BBC has run some of Loriot's sketches and cartoons and received a great response from an English audience.

As he got older, Loriot even had a humorous perspective on his own age. "You're barely born and you're already 80," is how he commented the feeling he had about entering his 80s.

In answer to the question of what had most influenced his work, Loriot answered in 2007: "I remember that, when I started studying, I was living between a madhouse, a prison and a cemetery. The location alone explains everything, I think."

Germans are good for a laugh

Everyone knows Germans are stuffy and serious. At least that's how the cliche goes. But a new generation of German comedians is busting the stereotypes - with success. (05.08.2011)

Germans can actually be funny, claims the 'comedy ambassador'

Germans have no sense of humor. At least, that's what many Brits tend to think. Now, Henning Wehn has named himself 'German comedy ambassador to the UK' and hopes to beat the stereotypes by making light of them. (17.04.2011)