Fair treatment for eight Iranian conservationists jailed since January has been urged by colleagues from 66 nations. They've sent a letter to Iran's UN envoy, endorsing the work of the Asiatic cheetah and bear experts. 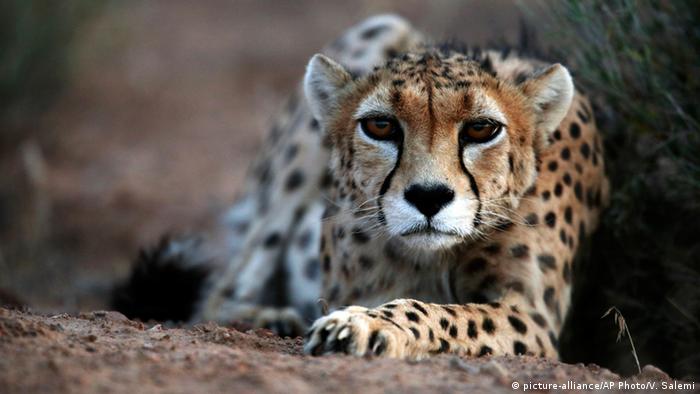 A top-level protest issued to Iranian authorities has been backed by a list of signatories said to include chimpanzee behavioral icon Jane Goodall.

The letter of concern,  emailed via Iran's UN ambassador Gholamali Khoshroo but addressed to Supreme Leader Ayatollah Ali Khamenei, was forwarded to DW by an environmentalist source who asked for confidentiality. The German arm of the WWF (World Wide Fund for Nature) told DW that its head of nature preservation Christoph Heinrich was among the signatories.

Last month, International Union for Conservation of Nature (IUCN) Director General Inger Andersen said the conservationist network was "deeply disturbed" that five of the Iranian members of the Persian Wildlife Heritage Foundation (PWHF), some included in the IUCN's Species Survival Commission, had been changed with crimes "punishable by death in Iran."

The IUCN, comprising 1,300 civil society and government organisations, pools input from 13,000 experts. It said the five faced the charge of "sowing corruption on earth," which can carry the death penalty in Iran.

Conservationists' use of cameras innocent

Authors of this week's letter said: "We stand by the innocence of the conservationists in question and urge you to call for a fair and just evaluation of the evidence, access to lawyers of their choice and a transparent trial."

The use of so-called "trail cameras," which can be left running unsupervised for extended periods until often shy creatures approach, should not lead to suspicion of having been used to "undermine the national security interests of Iran," the authors insisted.

"Camera traps are a now a standard tool for wildlife monitoring," they said, adding that "many of us have worked in Iran in the past" and now "increasingly" experienced pressure on species rescue efforts in "many regions of the world."

The IUCN named the PWHF members as Niloufar Bayani, Taher Ghadirian, Sepideh Kashani, Houman Jowkar and Morad Tahbaz, saying they were specialists on conservation of Asiatic cheetahs and bears.

Harassment or persecution of environmental advocates was contrary to a resolution adopted at the IUCN's world congress in 2000, said Andersen.

Among the detainees is Sam Radjabi, who is described as a graduate of ecological studies in Germany and New Zealand, a PWHF affiliate, and ecotourism specialist.

Cheetahs are loosing their race against extinction. The group Cheetah Outreach introduces local communities face-to-face to the big cats, teaching people their importance for the region's ecosystem. (06.04.2017)

Profiles of conservationists detained in Iran