Painter and graphic designer Willi Sitte has died after a long battle with illness aged 92. Sitte was arguably the most famous artist in former Communist East Germany, and a long-serving, high-ranking GDR official. 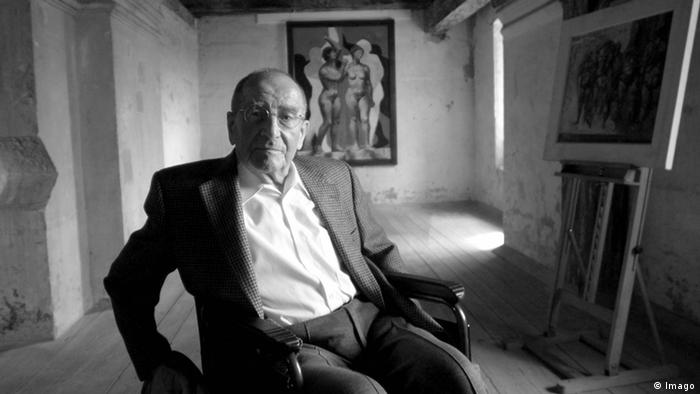 "His death left us greatly saddened, even though we knew about his worryingly poor health," the foundation's president, Hans-Hubert Werner, said. "Our objective to spread his artistic legacy is now strengthened even more."

Sitte was probably the most famous artist within the former Communist East Germany, the German Democratic Republic. He was one of the key exponents of the country's official, preferred painting style, "Socialist realism." 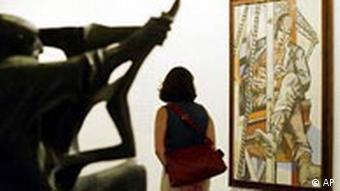 Sitte's "Arebitspause" ("A break from work") on show in Berlin

Sitte served as president of the GDR's "Verband Bildender Künstler," roughly translating as the association of visual artists, from 1974 to 1988. He was also a member of the central committee of the ruling SED party from 1986 to 1989, in the last days of a divided Germany. For more than a decade, Sitte was the man entrusted with deciding which artists received state blessings and would be exhibited at home or abroad.

His close affiliation to the GDR state apparatus meant he remained a contentious figure in Germany even after reunification.

One of the most prominent admirers of his work was former Social Democrat Chancellor Gerhard Schröder. Schröder said in 2006, at the opening of a display celebrating Sitte's 85th birthday, he was impressed by the "deep humanism" in the Sitte's works when he first saw them. Schröder said that he was sturck by the harsh critiques of war and repression in the artist's images.

Born in Halle in Saxony-Anhalt in 1921, Sitte was drafted up for national service in the Second World War. He deserted Adolf Hitler's Wehrmacht in 1944, fighting against the Nazis instead with Partisan resistance fighters in Italy.