'Problematic' internet use grows among teens in Germany

As smartphones have become more and more ubiquitous, German teenagers are spending increasing amounts of time online. This is damaging their health, according to a new report by a German government agency. 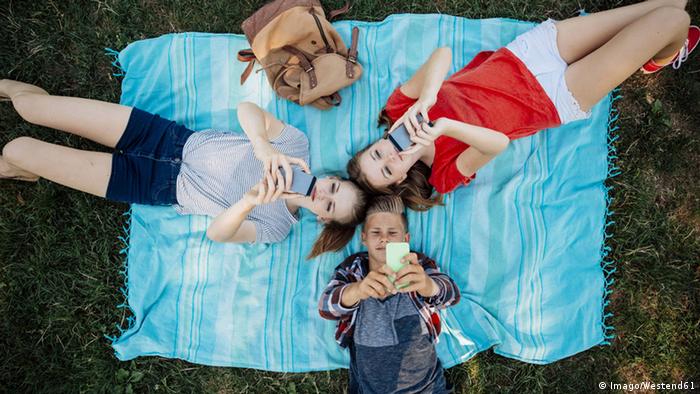 Teenagers in Germany are spending too much time online playing games or using social media and this is causing health problems, found the Federal office for Health Education (BZgA) in a report published on Thursday.

On average, 12-17 year-olds in Germany spend three hours a day using social networks and playing online games, and in 22.4% of the youth participating in the study the BZgA classed their use as "problematic."

A further 5.8% were found to have a disorder linked to heavy engagement with digital media. The figures demonstrate a marked increase on previous years, according to the results of the study. Excessive social media use and online gaming has been linked to addiction, sleep disorders as well as poorer mental health.

"Intensive use of digital media causes a number of problems associated with lack of exercise as well as problems with concentration," said Heidrun Thaiss, leader of the BZgA.

It is important to highlight the negative consequences of too much time spent with digital media, alongside emphasizing the benefits, she added.

The report was published ahead of Safer Internet Day on February 11 and follows a report that found that German parents want internet service providers to do more to protect their children online.