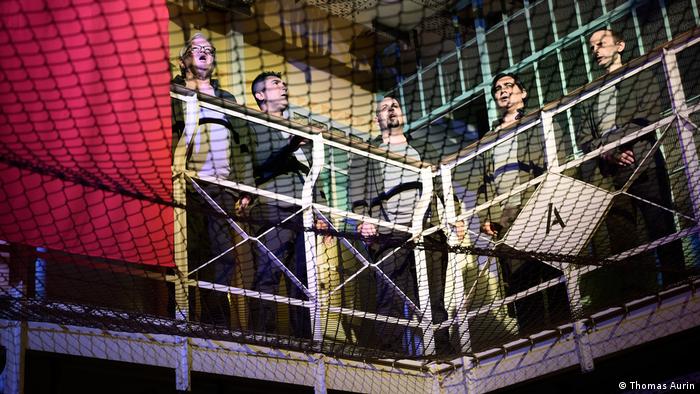 On a rainy Wednesday evening, theater goers entered Berlin's Tegel prison, eager and willing to be locked in for the next several hours. After storing their belongings — no cell phones or other personal items were allowed inside — visitors handed over their ID cards, underwent a full body scan and followed a security guard to a currently unoccupied wing of the prison. The four-story space from 1893 had been transformed into a performance venue, but its recent past as an enclosure for inmates was obvious from the thick, windowless doors of each cell to the dust-covered metal fencing that hung over every open space.

It was the first time many audience members had been inside a prison. They stood in the darkness waiting for the start of a performance of Ludwig van Beethoven's opera Fidelio put on by inmates who are currently serving time.

With a click, a single light flipped on to reveal a string quartet behind bars performing the opera's overture. The audience was led to seats as the performers, all incarcerated men, entered the hall, speaking a text in chorus. 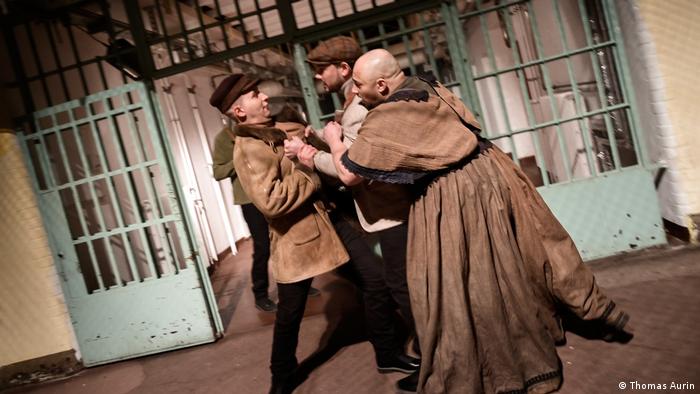 The hero of Beethoven's opera is a woman dressed as a man trying to save her husband, a political prisoner

Beethoven's only opera is, in fact, set in a prison, making the experience of watching inmates play inmates, prison guards and state officials a surreal part of the experience. The story circles around Leonore, a woman who has disguised herself as a young man and gets a job at the jail her husband is imprisoned in to help him escape.

A commitment to weeks of rehearsal

"When people put on productions of Fidelio they typically have trouble depicting the isolation and reality of life inside prison; we didn't have that challenge” said Hans-Dieter Schütt, of aufBruch, the non-profit theater group behind the production.

The project lasted a total of three months. During the 11-week rehearsal period, 17 incarcerated men met Monday through Friday from 4:00-8:30pm to rehearse a contemporary version of Beethoven's opera. Although following the libretto, it also includes other music by Beethoven, including arias and choral works such the "Ode to Joy" from his Ninth Symphony. The time commitment for those taking part was sizeable, considering many also have jobs in prison. 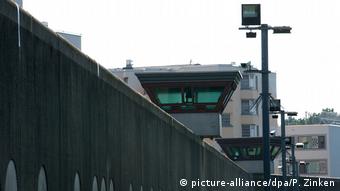 Maximum security at the makeshift theater

"We had a lot of fun," said Gino, a confident actor who comedically performed the role of Marzellina, the daughter of a prison guard, in a billowing frock. "During rehearsals you're totally here with your head," He explained. "We're in prison, really in prison, but here you can feel free."

Since 1997, aufBruch has been operating in Berlin prisons, teaching inmates the craft of acting. "We do this work not only to discover and develop creative potential with the prisoners, but also because we want to make theater. And to do so, a prison must ultimately be able to open itself up to allow an audience in," explains Sibylle Arndt, the organization's production manager.

Opening up a prison and putting on a theatrical performance in a sense defies the concept of incarceration. "A prison separates inmates from the public. That is the imprisonment. It is also a contact ban. You can't easily make contact with a prisoner as a normal member of society. So you don't know how it feels inside a prison. You can't book a sightseeing tour," explains Arndt. 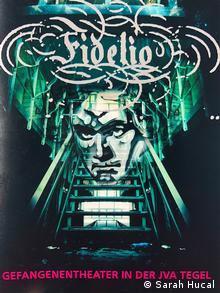 Ludwig van probably would have approved

Direct encounters with the inmates

In the audience, the performance had a compelling and intimate feel, with actors delivering lines passionately less than a meter from the front row. The 70-person audience sat in two rows of chairs in the wide room while prisoners recited texts in front of them — audience members and incarcerated individuals were essentially expected to look into one another's eyes.

At times, the production was humorous, at others, solemn: exploring themes of loyalty, trust, and freedom while interjecting with original skits into the libretto dealing with life in prison. As no actors who agreed to take part in the rigorous rehearsal schedule were turned away, the director casted men according to their abilities. Some shone on stage and delivered lines with ease, while others had a chance to show off specific talents such as singing music native to their home countries.

For the production, aufBruch teamed up with the Berlin Philharmonic's Education Program and students from the Hanns Eisler Music Academy for live musical accompaniment. The organizations had already joined forces in 2018 in a production of Richard Wagner's opera Parsifal in the same prison.

Music lessons part of the deal

The amount of music packed into the two-hour piece made Fidelio a major undertaking. From the start, inmates were given lessons in classical singing. "It was actually very difficult and hard for me, but fun," said Marcel B., an inmate actor who as the character Jaquino seemed at home onstage.

Those more confident in their singing skills performed arias by Beethoven. Part of the project's goal is to help inmates develop self-confidence and explore their talents. "For me, the singing was no problem because I love to sing," Gino told DW after the performance. But learning the text was a different issue: "When we started, I thought, 'How can I possibly learn all these lines?' And then through practicing every day I was shocked. I can do it!” 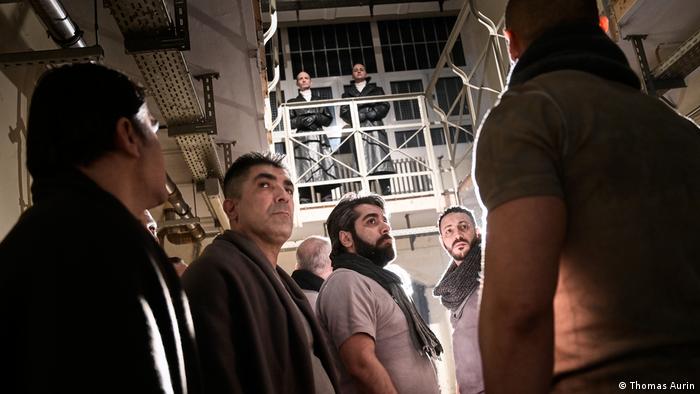 The tension was real, and palpable, even at the rehearsals

After the performance, inmates stepped out for a bow, slapping each other on the back in congratulations — their comradery was obvious. The audience, for its part, had a chance to speak with them.

Over the next four weeks, the cast is scheduled to put on 12 shows, honing their roles with each performance.

As for Gino, this was his first production, and he's already anticipating the second. "I tell the guys from aufBruch every day, 'You have to come back here.'"

Beethoven's only opera, "Fidelio," was among his cherished but most troubling compositions. After 10 years of redrafts, which saw him score four different overtures, the final version received its world premiere in 1814. (20.05.2014)