Time in prison is often monotonous and tedious. An Italian startup wants to change that by experimenting with a form of democratic participation to foster social integration inside and outside. 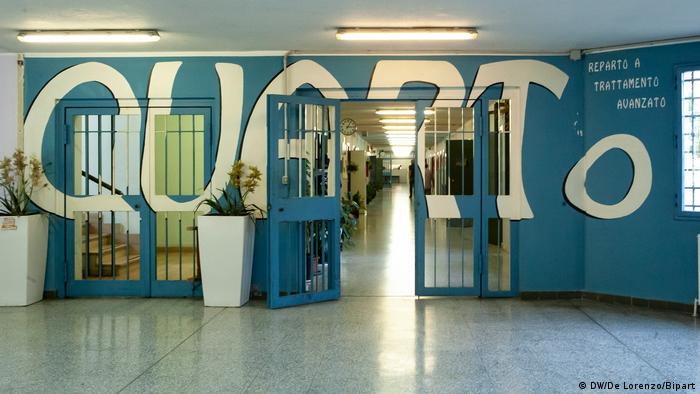 Bollate prison is located just a few hundred meters away from the Milan Expo 2015 site. Upon arrival, prison guards hand over a key and journalists place their phones in a locker.

The 1,296 inmates have no phones, but are allowed to carry watches. "Everyone here will argue that time never passes," says Giorgio Pitella of the startup BiPart, which wants to change that. His company came up with a scheme called "Idee in Fuga" ("Ideas on the run"), the first ever participatory budgeting project used inside a prison.

Participatory budgeting involves an institutional body asking the public to actively engage and propose ways of public budget spending that best fit the needs of the community.

"We aim to rebuild the networks within society," says BiPart CEO Stefano Stortone. The startup has been involved in these types of projects within municipalities, NGOs and schools since 2008.

Research focusing on attitudes of people involved in participatory budgeting projects showed that participants felt more empowered. "It's a democratic process: High school students involved in it were happy that their perspectives and ideas were taken into account,"says Pitella.

BiPart took those experiences of inclusion and social cohesion to Bollate prison to see if this method could shape or change inmates' attitudes. To that end, BiPart has launched a crowdfunding system that will be used to fund the prison project that gets the most support.

The Council of Europe's annual penal statistics show that Italy has the second-highest incarceration trend (+7,5%) in Europe. According to the latest figures from the Ministry of Justice, there are just over 60,000 inmates in Italian prisons. Overcrowding has become a major problem, with jails at 119% of their capacity.

The Idee in Fuga project started with consultations and assemblies where inmates could speak their minds and address their needs and ideas, which would then be put to a vote.

"To reintegrate it's necessary to be honest with yourself and other inmates and the institutions," says inmate Biagio Aversano, who's been in Bollate for over seven years. BiPart's Pitella calls him his sidekick who's helping him get the project off the ground from the inside."Ihad the feeling that everyone wanted to participate, I saw people getting passionate and committed," he says.

Inmates came up with a list of 58 ideas that reflected their previous personal working experiences or their needs that have arisen as a result of being in jail. Someone proposed to create an edible snails farm or a small cheese factory to create jobs, others to build a magnetic energy generator and set up an intimate area for conjugal visits. "Idee in Fuga made it possible for us to believe that we should not be ashamed of our ideas," says Aversano. Inmates have been coming up with project ideas. One is to create a pet sanctuary in prison.

The revocation of the right to vote is common for those with lengthy convictions or specific criminal records. But this time, polling stations allowed all prisoners to get involved and promote their ideas.

Regaining some of their rights made them feel in control of their lives. "We all felt more important," says Fabiola, another inmate. Her election campaign consisted of going from prison cell to prison cell. "I managed to establish new relations with other inmates," she says.

Antonio Fichera's approach was to make election posters to promote his idea of building an animal sanctuary. "We often hear of pets being abandoned during the summer and I wanted to come up with a solution for pet owners that would also build a relationship of trust between us and them," he says. The feeling of being taken seriously was the most rewarding for him.

Still, Eleonora Spedicato was not particularly keen on the project to begin with. "I filled in the module without believing my idea would go through," she says. But then she found that her project to create an ice cream and coffee stall for the female inmates gained plenty of support from other women.

"It feels good to have the trust of my fellow inmates," she says. "In my 20 years in and out of jail, this has been a unique opportunity and a positive experience." 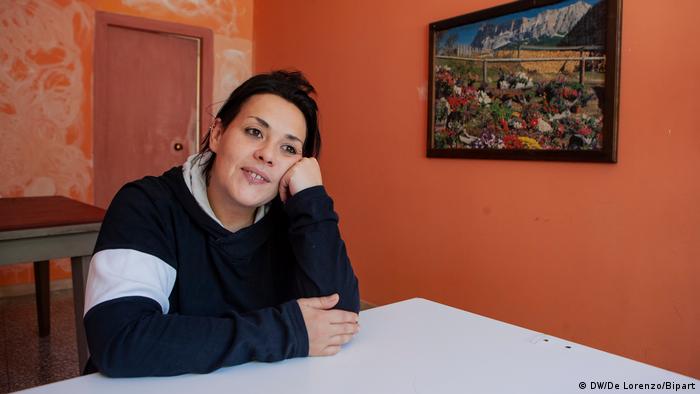 Eleonora Spedicato took an ice-cream making course inside prison. Now she wants to set up a stall for the other inmates

The fifth section of Bollate prison hosts around 200 male inmates, who, under article 21 of the Italian penal system, have the right to work outside the prison. Hence, during the elections they were not present and could not cast a vote during voting hours — only 27 out of 183 inmates there actually voted. The female inmates' turnout was just over 80%, bringing total turnout to 53%.

As the project is the first of its kind, teething problems are to be expected, says BiPart's Pitella.

"This is a pilot project in a learning process with the aim of applying it to other prisons in the future."

Soon the inmates will be asked to cast their final vote. Finalists are excited at the idea of receiving funding from the outside world: It validates their belief of a welcoming and inclusive society.

BiPart estimates they would need a crowdfund total of €30,000 ($33,000) and inmate Aversano believes they will reach this target. "I think it is us prisoners that have more qualms about people outside [than the other way round]."