Prime Minister Janez Jansa, Slovenia′s Marshal Tweeto and the media | Europe | News and current affairs from around the continent | DW | 04.03.2021

Slovenian Prime Minister Janez Jansa is waging an ongoing war of words on Twitter against critical journalists, accusing them of lying and spreading fake news. Now the EU has criticized Jansa's dealings with the media. 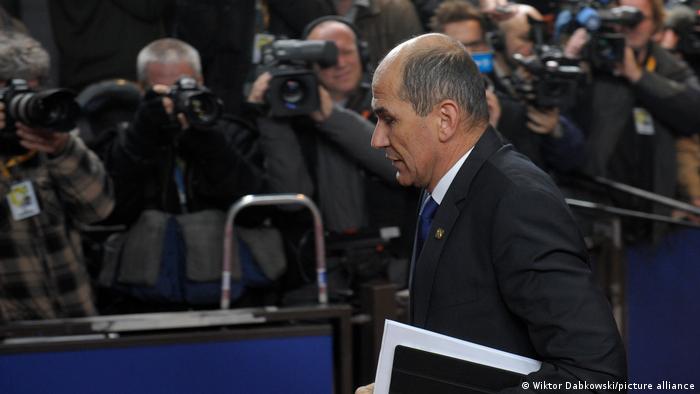 A little girl writes graffiti on a wall in English: "If you repeat a lie often enough, it becomes the truth." The word "truth" has been crossed out with red spray paint and replaced with "journalism." This picture was tweeted by Slovenia's Prime Minister Janez Jansa. His tweet was aimed at the Kleine Zeitung, a newspaper based in the Austrian city of Graz, which had annoyed the Slovenian premier with an article about his attitude toward the press in his country.

It's not unusual to see Janez Jansa tweeting things like this. Quite the opposite, in fact. No other European head of state is personally waging such a bitter war of words against the media. Jansa routinely attacks Slovenian journalists, and he comments on almost every critical article that is published abroad about the political situation in Slovenia under his government. Sometimes he reacts with fury, sometimes disparagingly; he always describes it as fake news. Recently, for example, Jansa branded Lili Bayer, the Brussels correspondent for the Politico magazine, a "spreader of fake news" after she wrote a critical feature examining the Slovenian government's dealings with its domestic media.

Bayer was also personally attacked on the social media channels of Slovenia's Nova24TV. This television channel has a right-wing bias and is close to Jansa's Slovenian Democratic Party (SDS). Media managers from neighboring Hungary have also bought into it. Lili Bayer has previous experience of harassment by government representatives: For a long time now, she has been vilified on a regular basis by Zoltan Kovacs, Hungary's state secretary for international communication under prime minister Viktor Orban. He refuses, for example, to describe her as a journalist; instead, he calls her an "SJW" or "social justice warrior," a derogatory label popularized by right-wing extremists in the United States. 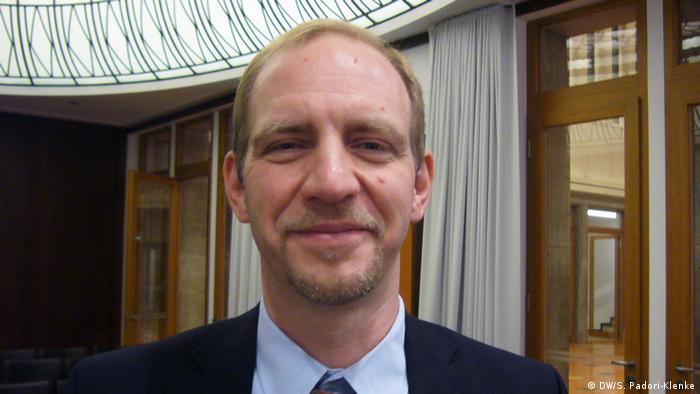 "The difference between Hungary and Slovenia is that Orban doesn't make personal attacks on critical journalists," Florian Bieber, professor for Southeast European History and Politics at the University of Graz, told DW. "Jansa, on the other hand, does so constantly via his Twitter account." This has led to humorists dubbing Jansa "Marshal Tweeto" — a reference to Josip Broz Tito, the former dictator of Yugoslavia, of which Slovenia was once part. Florian Bieber comments that the Slovenian premier's strategy is to try "to establish a parallel biotope of media that are loyal to him, very active online, and that demonstrate an 'alternative worldview.'"

Jansa maintains that critical journalists are liars, con artists, and also, above all, communists in disguise. According to Florian Bieber, the Slovenian premier — who himself started out as a journalist in the Communist party before falling out with the Yugoslavian regime — uses social media to convey the message that "any criticism of his style of rule is illegitimate and unacceptable." And when the criticism comes from abroad, Bieber comments that Jansa is swift to respond with insults.

Christian Mihr, the executive director of Reporters Without Borders in Germany, comments that the Slovenian leader presents himself "as a kind of mini-Trump." Certainly Jansa makes no secret of his liking for the former US president, who was also rough and insulting in his dealings with journalists. 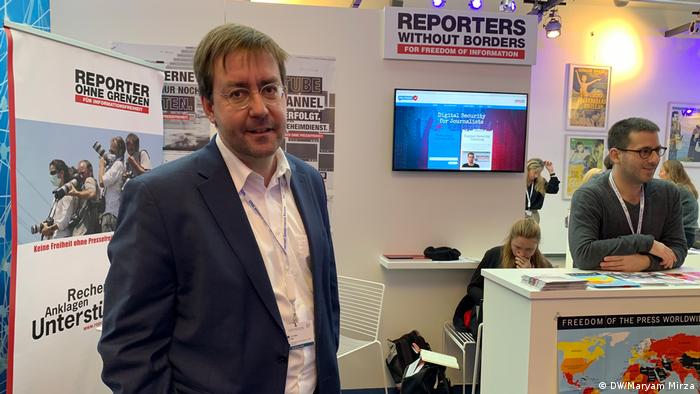 Jansa's main role model, however, is the Hungarian premier Viktor Orban, whose media managers have invested in Slovenia and North Macedonia. "Much of what Janez Jansa is doing in Slovenia is reminiscent of Viktor Orban," Christian Mihr says, referring to the growing influence Orban exerts over the media — not only in Hungary, but also in Slovenia.

Petra Lesjak Tusek, the president of the Slovenian Journalists' Association (DNS), says that Hungarian investors have been trying since 2017 to create a media environment that favors Jansa — one that could be controlled by the Slovenian governing party, the SDS. Lesjak Tusek told DW that Nova24TV, the weekly newspaper Demokracija, and more than 20 online portals are spreading illiberal ideas modeled on those of Orban in Hungary. Lesjak Tusek describes their reporting as targeting the Hungarian-born US multimillionaire investor George Soros, homosexuals, and migrants. "It's essentially a propaganda machine," she wrote in the Slovenian daily newspaper Vecer — one that fires from all barrels simultaneously. "The intention is to create a sense that these views are ubiquitous." Here too the strategy is based on Orban's: The majority of the Hungarian media have been brought into line with the government.

Naturally, the media that are sympathetic to the Slovenian premier write positively about him — and they write bad things about his critics, ranging from online bullying to threats of physical violence. The newspaper Demokracija published a poem that vilified the award-winning journalist Primoz Cirman, including the comment that the journalist would have to gather up his broken nose "piece by piece." On Nova24TV's Facebook page, the columnist Matija Stepisnik was threatened with the prospect of a bullet in the head. Lesjak Tusek reports that female journalists have received sexist emails, and have been abused as "presstitutes." The Slovenian Journalists' Association has meticulously documented two years of this hate-filled aggression.

The EU Commission recently issued a stern response to the attacks on Slovenian and foreign journalists. A Commission spokesman in Brussels stated in mid-February that the EU "does not accept and condemns the insulting remarks towards journalists." Janez Jansa responded by writing an outraged letter to the EU Commission president, Ursula von der Leyen, inviting her to bring a fact-checking delegation to Slovenia so she could get a better view of the situation of the media there, and of the condition of Slovenian democracy. 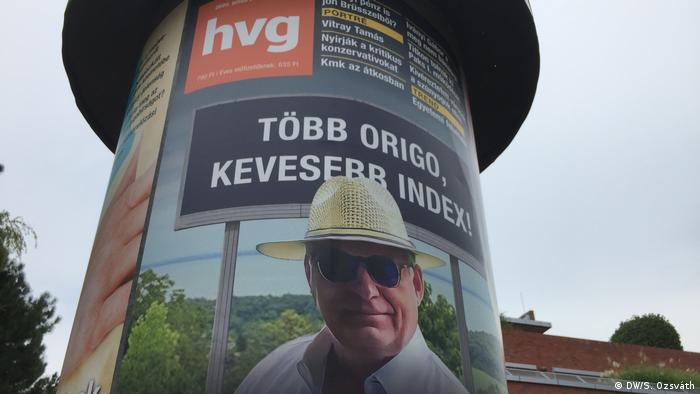 The dispute is particularly relevant for European politics at the moment. On 1 July, Slovenia will take over the rotating presidency of the EU Council. This means it will be able to set action points and important topics for discussion on the EU agenda. Christian Mihr from Reporters Without Borders warns that, when Slovenia takes over in the summer, the EU Council will be headed by a country "the presidency of which repeatedly attacks press freedom."

Every month, the One Free Press Coalition draws attention to unresolved cases of crimes against journalists. This month, the list focuses on women in anticipation of International Women’s Day on March 8.

OSCE Representative on Freedom of the Media Teresa Ribeiro talked to DW about the biggest challenges to press freedom in 2021 and the importance of the digital sphere.