Austria's presidential election could throw up some interesting permutations. As Alison Langley reports from Vienna, none of the candidates likely to make it to the next round are in the ruling coalition. 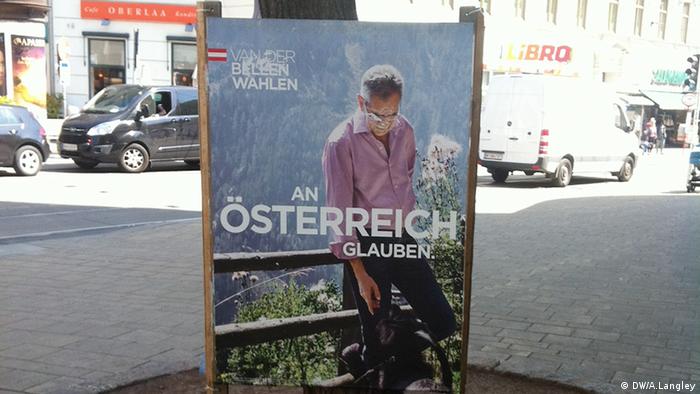 Norbert Hofer packs a gun because, he says, he is afraid of refugees.

He wants Austria to leave the EU, demands a ban on head scarves for women and he would kick all foreigners out of the country's social system.

Hofer, 45, stands a chance of being Austria's next president.

The Freedom Party candidate is one of six politicians running in the first round of elections on Sunday. While polls show a large number of voters are still undecided, most say the far-right's pick could get about 24 percent of the vote in a neck-and-neck race to win a spot in the run-off election next month. The incumbent, Heinz Fischer, cannot run for a third term.

Hofer's challenger is likely to be either Alexander Van der Bellen, 72, an economist and former spokesman for the Green Party, or Irmgard Griss, a retired president of the Austrian Supreme Court, who, like Van der Bellen, is running as an independent and hopes to become the country's first female president.

The latest polls place Hofer and Van der Bellen at a statistical tie, with about 24 percent of the vote. Griss is seen at about 22 percent.

Notably missing among the top contenders are ruling coalition nominees. They - Rudolf Hundstorfer of the Social Democrats and Andreas Khol, the Austrian People's Party nominee - are running at the back of the pack, along with Richard Luger - an 82-year-old businessman who is famous for hiring beautiful celebrities like Kim Kardashian to accompany him to Vienna's Opera Ball.

"People are deeply unhappy with the government," Eric Frey, a political scientist and editor at Der Standard newspaper, told DW. 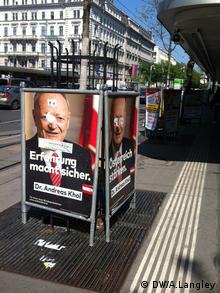 Austrians are upset with the government's handling of the refugee crisis; and they are skeptical that the center-left/center-right coalition can tackle any of the nation's growing list of problems. Those include a broken education system, rising unemployment and a budget deficit that is threatening to explode due to a mishandling of a banking crisis.

Meanwhile, the coalition parties quarrel over solutions and increasingly the public sees the government as the problem. This reflects the same general ennui voters across Europe and the US seem to feel with their politicians. And although the post of president in Austria is largely ceremonial, the electorate apparently sees this vote as a way to let their displeasure known.

"There is deep, deep distrust in the parties, especially in the coalition," says Thomas Hofer, an independent political consultant and public affairs specialist.

The government's handling of the refugee crisis - initially allowing tens of thousands of migrants to pass through the country before abruptly closing borders and building fences - has frustrated voters. Khol, the nominee for the People's Party, which holds the portfolio dealing with asylum seekers, has about 11 percent support.

While that issue has dominated headlines for the last year, both Frey and Thomas Hofer believe that public sentiment cannot be reduced only to that topic. "The refugee crisis exposed the bickering among the parties," Hofer told DW. "It deepened and accelerated the fissure."

Hofer calls this election historic, because it might be the first time a major party candidate has not made it to the run-offs. This hasn't happened in the history of post-war Austria. Still, even if neither candidate wins a spot in the next round of elections, it won't mean a change in government.

The ruling "grand coalition" of Social Democrats and the People's Party have a mandate until 2018. Given their lack of popularity, it is not likely they will call early elections. So the only way the public can register its dissatisfaction is through the presidential poll.

Van der Bellen and Griss are gaining so much traction, Hofer says, in large part because they both are running as independents.

"The popularity of Van der Bellen and Griss shows the big frustration of the Austrian electorate of all the politicians. They are angry, so they are going to vote for an anti-establishment candidate."

For most of the campaign season, Van der Bellen has been leading in the polls. In part because he's popular and comes across as an articulate and stately politician. Although he was the spokesman for the Green Party from 1997 to 2008, Van der Bellen was never seen as a hardline or radical figure.

Griss, who was born in Styria, is less well-known, although she was president of the Austrian Supreme Court. She has never been connected to a political party, but she came to the public's attention when she was appointed to head an investigation into the government's handling of nationalized Hypo Alpe-Adria-Bank International AG, in which Austria has poured more than 5 billion euros ($5.6 billion). She is deeply conservative, soft-spoken and ambitious. Many women say they support her because they would like to see a woman elected to a higher office. 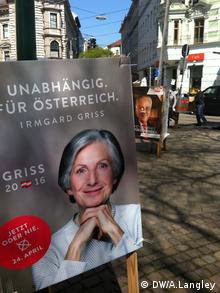 Undecided could swing the election

Given the post's ceremonial nature, it really boils down to: Which candidate do voters want to represent Austria?

For now, that answer appears to be anyone but the ruling coalition.

An unofficial, unscientific polling of around a dozen Austrians taken over the last two days found no one willing to say they were voting for Hundstorfer or Khol. It did find potential voters who said they still hadn't made up their minds. And that could be significant.

Thomas Hofer says the last two elections have shown vast swings in voter behavior that have made the opinion polls unpredictable.

Both Hofer and Frey believe that although Norbert Hofer, the Freedom Party candidate, has a good chance of garnering a large chunk of the votes, they doubt he will actually win the presidency - similar to the situation in France last year. While the far-right challenger Marine Le Pen made it to the run-off election in regional polls, a huge groundswell of opponents joined to defeat her.

That may well happen in Austria if the Freedom Party candidate makes it to the next round.