Prague Urged to End Castration of Sex Offenders | Europe| News and current affairs from around the continent | DW | 05.02.2009

The Council of Europe is urging the Czech Republic to suspend its program of surgically castrating convicted sex offenders after visiting hospitals and prisons in the former Soviet Bloc nation. 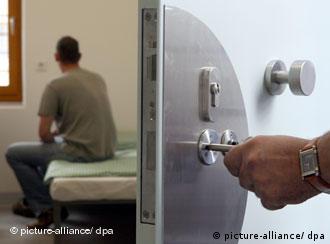 Sex offenders have a choice: stay behind bars or lose some parts

The Council of Europe's anti-torture committee on Thursday demanded an immediate cessation to the practice of surgically castrating convicted sex offenders in the Czech Republic.

According to news agency AFP, in a report published following visits to two Czech psychiatric hospitals and two Czech prisons, the committee said the practice "amounts to degrading treatment."

"Surgical castration is a mutilating, irreversible intervention and cannot be considered as a medical necessity in the context of the treatment of sex offenders," it said, adding that "the intervention removes a person's ability to procreate and has serious physical and mental consequences."

The report went on to say that "given the context in which the intervention is offered, it is questionable whether consent to the option of surgical castration will always be truly free and informed." 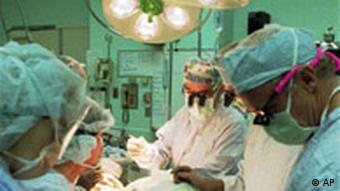 So far 50 sex offenders have gone under the knife

The report said investigators found there could be situations where patients or prisoners "acquiesce rather than consent, believing that it is the only available option to them" to avoid indefinite confinement.

This isn't the first time the Council of Europe has spoken up about the topic; they had already expressed their concern over the program back in 2007. Additionally, the use of surgical castration has sparked an international debate on how ethical it is.

The Czech Republic is the only nation in Europe that uses surgical castration as a means to punish sex offenders. However, Britain, France and Poland have started testing chemical castration.

Prague also has a chemical castration program, and since 2000, some 300 Czech patients have undergone the procedure, with a further 50 being surgically castrated, according to government statistics.

But the committee said Prague -- which has since taken the rotating presidency of the European Union -- had provided "inexact information" on the numbers.

Plans drawn up by the Polish Ministry of Health to treat pedophiles with compulsory chemical castration by administering pills that lessen the libido have shocked EU parliamentarians. But there is little they can do. (25.09.2008)

Released from prison only due to a mistake by the prosecution, a convicted sex offender has returned home to the eastern state of Brandenburg. Although he is under police surveillance, his hometown is gripped with fear. (25.10.2008)

For the first time, a German movie deals with rape victims in the aftermath of World War II. Coinciding with the release, a German university is investigating the trauma of the victims. (23.10.2008)