Plans drawn up by the Polish Ministry of Health to treat pedophiles with compulsory chemical castration by administering pills that lessen the libido have shocked EU parliamentarians. But there is little they can do. 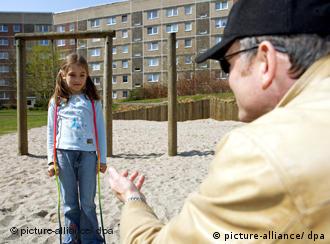 Tusk said pedophiles were not human

In mid-September, the government issued a statement confirming that "work by ministers of health and justice on a draft law on obligatory chemical castration for pedophiles was nearing completion."

According to Polish media reports, the ministry plans to make the treatment compulsory for repeat offenders. The pills would reduce or eliminate sex drive by suppressing the production of testosterone.

"Our idea doesn't yet have the form of a law," ministry spokesman Jakub Golab told the daily Polska. "We're currently consulting with sexologists ... We want to bring it into effect as soon as possible."

In as little as one year, convicted pedophiles would also be fitted with electronic collars if they have a court order against going near their victims, Polska reported. If the collars are found effective, the Ministry of Justice will decide if they should be given to all pedophiles. 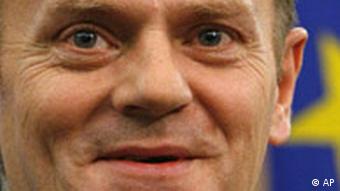 Prime Minister Donald Tusk raised the controversial topic after a 45-year-old man was charged with having raped and held his 21-year-old daughter captive for six years.

The suspect, dubbed Poland's Josef Fritzl in a reference to the Austrian man accused of incarcerating his daughter and fathering seven children with her, faces up to 15 years behind bars if found guilty.

The woman in Poland gave birth to two children, in 2005 and 2007, allegedly from her father. She maintains that he pressured her to give them up for adoption.

The case triggered a nationwide debate on how criminal sex offenders should be punished, with the liberal prime minister taking a draconian stance.

"I want to gather all the laws in operation across Europe to introduce in Poland the most rigorous law possible regarding criminals who rape children," Tusk said.

"I do not believe that we can call these individuals -- these creatures -- human beings," he added. "So in this case, we don't need to discuss human rights." 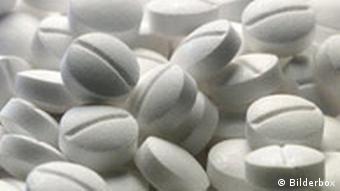 Chemical castration for repeat sex offenders is already offered in several US states, as well as European countries including Sweden, Germany and Denmark. However, it is a voluntary process.

Human rights activists and legal experts have criticized the Polish plans, saying that forcing a patient to undergo chemical castration was inadmissible according to both Polish and international law.

But Klaus Haensch, a Social Democrat Member of the European Parliament, told Spiegel Online that Brussels is powerless to intervene.

"It does not have the competence, because criminal law is decided at a national level," he said. "But I do not feel that enforced chemical castration is an appropriate punishment that can be reconciled with modern criminal law."

Christian Democrat MEP Elmar Brok agreed, telling Spiegel Online that it was not "a fitting solution."

The plan also has detractors in Poland. "What the prime minister said was a scandal," Ryszard Kalisz, a deputy for the opposition Democratic Left Alliance, said in an interview with Radio Tok. "His comment that 'there are people in Poland who aren't human beings' violates the constitution entirely."

Ahead of a conference aimed at combating the sexual exploitation of children on the Internet, DW-WORLD.DE spoke to a German police investigator who used creative methods to crack a child pornography ring. (20.09.2007)

Josef Fritzl, the Austrian who admits imprisoning his daughter and fathering children by her, may seek to avoid jail by pleading insanity, his lawyer indicated in comments published Sunday, May 4. (04.05.2008)

A controversial project aimed at preventing pedophiles from acting on their sexual urges risks being shut down for lack of funds, despite reported success with its first group of patients. (31.05.2007)