Travelers looking for culture and nightlife have returned to Madrid, one of Europe's most visited cities. But the economic impact of the pandemic has some locals questioning the country's dependence on tourism revenue. 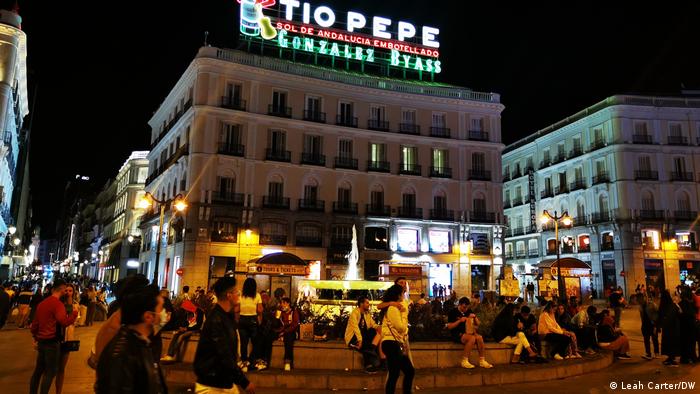 Madrid's nightlife is back, with people celebrating in clubs and on the streets alike

The central square in Madrid's iconic Plaza Mayor is buzzing with tourists and locals alike — despite the fresh memory of COVID-related restrictions and one of Europe's harshest lockdowns.

From the party island of Ibiza to the beaches of Mallorca all the way to the streets of Madrid, Spain has always been a favorite European destination for travelers of all ages. And while heavy restrictions on nightclubs were still in place earlier this month (including a mandatory closing time of 3 a.m. for all late-night establishments), many visitors still came to Spain's capital city to dance at least most of the night away. 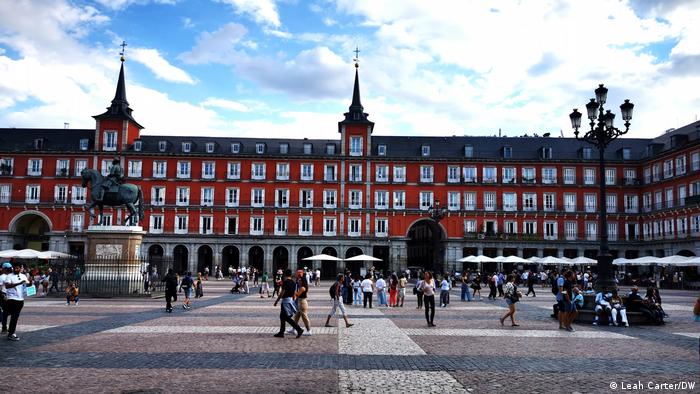 Madrid's iconic Plaza Mayor is filling up with tourists once more

Stephan Neumann and Kristina Prodanovic, both 35, are on a road trip through Europe — from Cologne, Germany, all the way to Lisbon, Portugal. On their way back to Germany, they stopped in Madrid to release their inner night owls.

"For us in Madrid, we wanted to go out and experience the nightlife here," Prodanovic told DW.

'We appreciate every dance'

Last year, at the start of the pandemic, residents were unable to even leave their homes for any nonessential trips during the height of lockdown. Later, they faced an 11 p.m. curfew, as some other measures were slowly eased.

"I was researching the clubs here before we came and it turned out that so many of them were just closed down. It's so sad," said Prodanovic. And the places that remained open had to adapt to ever-changing limitations, such as capacity limits. 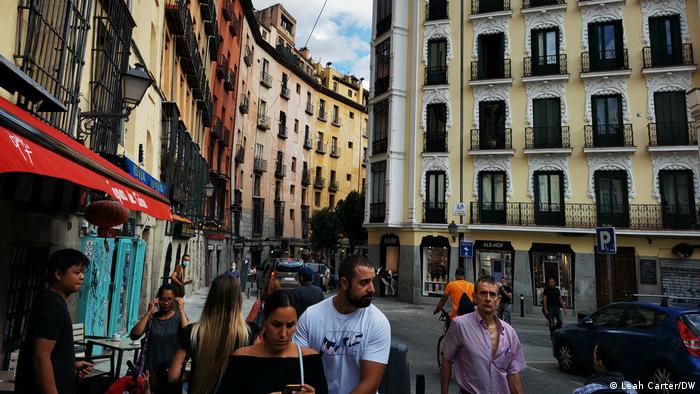 Many Spaniards love to stay up late into the night

After 3 a.m., when a curfew was still in place, young partygoers therefore simply gathered in parks and at almost any square in the city center. On weekends, even residential streets are filled with a glow and a buzz with groups of people laughing and listening to music. Following a year and a half of restrictions, late night partying seems to have been pushed out into the streets or private residences.

"That's why we went to stay at a gay hotel, because we know that this crowd is actually really into the nightlife," Prodanovic told DW. And their plan to follow private gatherings also worked: "We were back at the hotel at 10 or 11 in the morning," Neumann told DW. "We appreciated every dance we could have after one year of not being able to do so," added Prodanovic.

However, the memory of a harsh lockdown combined with one of Europe's highest pandemic death tolls is still part of the public consciousness. Spain, with a population of 47 million, has seen more than 86,000 deaths since the start of the pandemic.

"There isn't a person in Madrid who doesn't know someone who has died," said Dario Barreiro, 27, a local resident. These memories are also part of why there is little resistance on the part of locals to wearing masks in public, and why many people wear masks even when it is no longer legally required. The country also has a remarkably high vaccination rate, with over 77% of residents having received both doses.

"We have a history of vaccinations and we are very responsible," said Madrid resident Julia Villalva, 28. 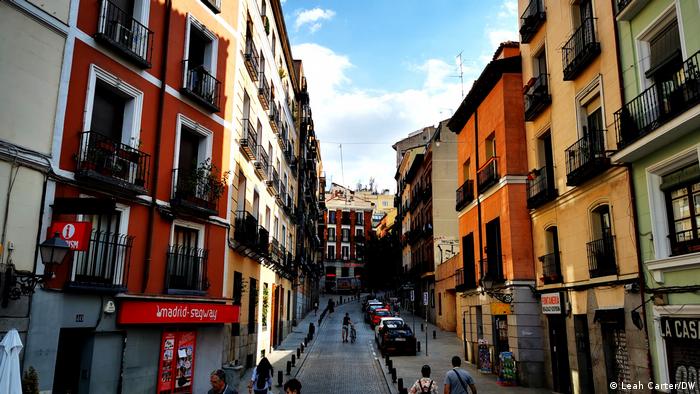 COVID has changed Spain. In a country that traditionally values late nights and midnight dinners, evening gatherings have been pushed up to earlier hours as many establishments and bars are still closing early — even though the 11 p.m. curfew was lifted in June.

A country dependent on tourism

The lockdowns have, however, caused some locals to question Spain's economic dependence on tourism. As borders remained closed, many jobs also disappeared. This, Barreiro said, is what led to many legal exceptions being made for international travelers while Spanish residents were subjected to the curfew earlier this year.

"I was confused about these restrictions between citizens and non-citizens," said Barreiro. "We were shocked, like come on, I am home at 11 and these people are not wearing face masks, and are drunk in the streets at 3 a.m. This makes no sense." 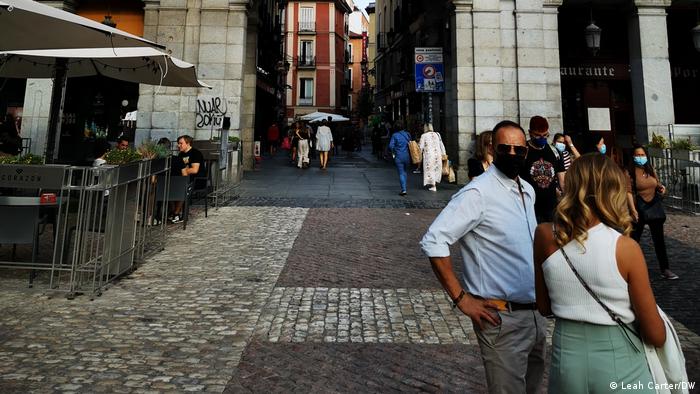 "Without tourism there are big problems," he added. "They were making these exceptions because they are dependent on tourism. We saw this more critically during the lockdown."

But things have changed, now that the curfew has been lifted and vaccine passports are more common throughout Europe. To enter Spain, travelers have to offer proof of vaccination or a negative PCR test, and fill out an entry form prior to arrival.

"We are happy to have the tourists," said Villalva. "As long as everyone has been vaccinated or tested, I am absolutely sure everything will be fine."

Madrid is becoming livelier and cooler

Countering crisis with creativity: new cultural and environmental policies are adding to Madrid's allure. And tourists are flocking there: ten million came to Madrid in 2017 - more than ever before!