The German government has named SPD politician Bärbel Kofler as its new human rights representative. She supports plans for tightening asylum law. Her predecessor did not. 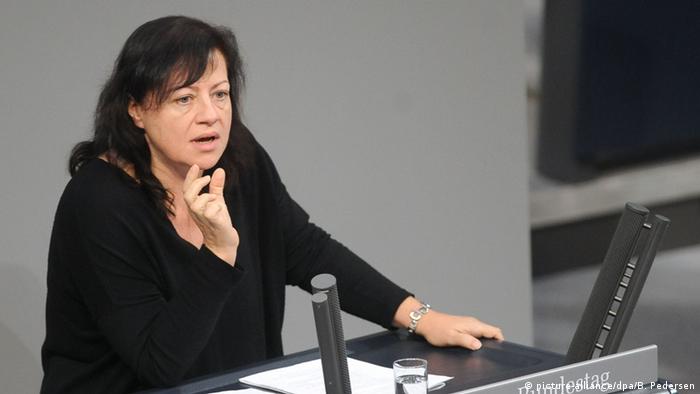 Following the surprise resignation of human rights representative Christoph Strässer (SPD), the German government moved quickly to appoint his replacement: The cabinet has now chosen Bavarian parliamentarian Bärbel Kofler, also a Social Democrat, to take his place. Until now, the 48-year-old has mainly been seen as a development policy politician and has served as parliamentary group speaker on developmental policy since 2013.

She told the German press agency dpa that she will work to ensure that Germany maintains a humane image in the face of worldwide refugee suffering: "Humanitarian responsibility is everything."

Unlike her predecessor, however, the new human rights representative does not oppose tightening asylum laws, which the government has proposed and which is to be voted upon by the lower house of parliament on Thursday. The governing parties found a compromise on the issue, and now, according to Kofler: "It is important to see how it can be dealt with in practice." 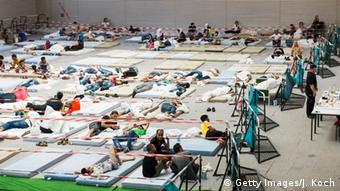 Refugees sleep on mats in a Deggendorf gymnasium

The so-called Asylum Package II envisions, among other things, quicker processing of refugees with little chance of gaining asylum, as well as a temporary restriction of the right to family reunification for those refugees with lesser protection status. The SPD, however, was able to include a clause guaranteeing that young refugees would be looked at individually to determine whether or not parents or siblings could follow them to Germany. Kofler made the case for a "very generous process."

On Monday, her predecessor, Christoph Strässer, announced his official resignation from the office due to "overload," after having served for two years in the position. However, he later cited the government's current asylum policies as the reason for his resignation in a letter written to SPD members in his district. The letter went on to state that he sensed political decisions that would be "very difficult to reconcile with my own positions and my own credibility" were about to be made in his area. Strässer was also critical of ideas such as implementing so-called protection zones in Afghanistan in order to stem the tide of refugees coming to Europe from that country. He said that it was "absurd" to assume that domestic refugee alternatives could be established in Afghanistan. 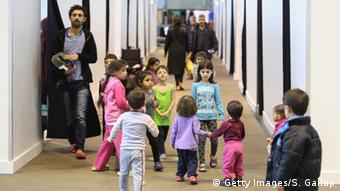 In a radio interview, Strässer spoke of the fact that he "often sensed" that his office was designed to play an "alibi role," as well as the urgency of fighting against that sentiment. Spiegel online has reported on an internal SPD debate about the role of the office, which was originally created by the SPD/Green party ruling government coalition in 1998.

Bärbel Kofler is the second woman to hold the office of Commissioner for Human Rights Policy and Humanitarian Aid as the position is officially known.. Kofler has a doctorate in philology and also studied Russian and Spanish. She has worked as a language teacher and an editor at the German Academic Exchange Service (DAAD). Politically, she belongs to the SPD's liberal wing.

The change at the office of the human rights representative comes at a time in which German politics has an exceptionally delicate humanitarian problem at hand in the form of the refugee crisis. Selmin Caliskan, director of Amnesty International Germany, fears that in the effort to reduce the number of refugees coming to Germany, politicians may actually lose sight of human rights.

Germany's interior minister has confirmed that the country has flown refugees back to Afghanistan. The move comes as Berlin seeks to stem the flow of asylum seekers into the country. (24.02.2016)