Expectations are high that Pope Francis will use his visit to Africa to address a number of reform issues in the African Catholic church. DW spoke to Asonzeh Ukah, an African religious affairs scholar. 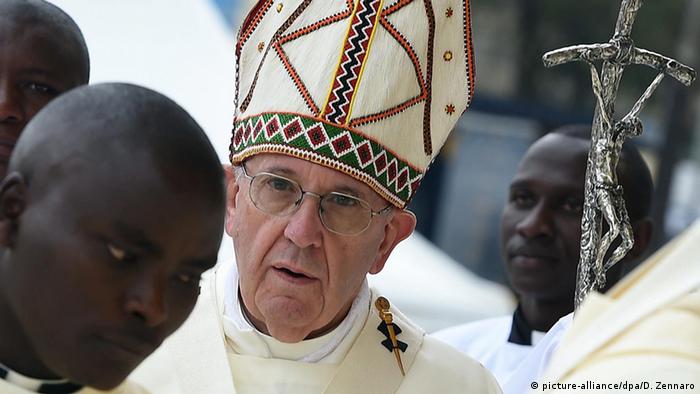 DW: How significant is the pope's visit to Kenya, Uganda and Central Africa Republic?

Asonzeh Ukah: Wherever the pope goes, he goes with a message of hope. We are living in interesting times. His presence will reassure the Christian and non-Christian community with whom he will be interacting. It is very significant that he is making this historic visit at a time when Africa is struggling with terrorism inspired by religion and also with ethnic tensions between different communities.

African Catholic bishops have long complained that Western aid is tied to the promotion of abortion and homosexuality. Do you expect the pope to bring these issues up and how will he address them?

The complaints of the Catholic Bishops are very crucial. The pope has shown a great deal of understanding about the marginalisation of homosexuls and the poor. He has preached that they should not be judged but there should be a way for the Catholic institution to understand the new revolution in civil unions. I think part of his ingenuity is to say that the Catholic church should not dismiss the whole controversy about homosexuality or what the church prefers to call civil union. This pope is very different from the previous pope. He tends to set the agenda rather dealing with an agenda set by other organizations or being reactionary.

Pope Francis has been pushing forward a reform agenda and in Africa reports that priests who are supposed to uphold celibacy have been fathering children are rife. .Do you think it is high time for the Catholic church to allow priests to marry? 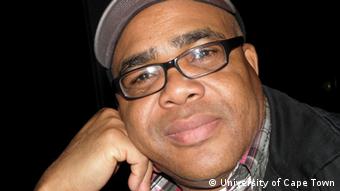 The Catholic church should not dismiss the controversy about homosexuality, Asonzeh Ukah says

The issue has not died. It has always been there. There was a time when Catholic priests where not celibate. Celibacy was at some historical point instituted for a cause and if that cause no longer holds now, I am very certain that the church will reverse its decision. It is not just in Africa. Everywhere Catholic clergy have been found wanting in upholding the vows of celibacy. It is an issue that requires consideration. It is also important to know that there are married deacons in the Catholic church which is like a middle way but for the hierachy perhaps it could be high time for more critical investigation into ways of negotiating this thorny issue.

The church plays a crucial role in the political affairs of many African countries. In some instances it has been accused of colluding with oppresive regimes, while in others, of siding with the opposition. What role should the Catholic church play?

The Catholic church is guided by three pillars which are adminstration of the sacrament, preaching of the gospel and service to the poor (charity). Dealing with the poor requires some political thoughts and resources. The church has a social responsibility for the poor. It has always been one of the fundamentals of the church to speak for the poor. In speaking for the poor, the church will be making a political statement because sometimes it is the political structure that is responsible for the incidences of poverty.

Does it not contradict the notion that religion and the state should be separate?

Religion has always been there before the state. There are certain structures that need to be separated but there should not be a wall. Some of those who are politicians are also religious. Religion is such a powerful force that influences behavior and patterns of voting. It influences even economic attitudes or economic practices. There are certain things that you will not eat or consume simply because of religious beliefs. In Africa we know that the separation of church and state is a Western introduction. It was never there before. It has not really worked very well. In Africa, some constitutions might recommend separation of church and state but in practice they do not work. Africa is a very deeply religious continent.

Asonzeh Ukah is an affliate senior fellow at the department of Religious Studies at Bayreuth International Graduate School for African Studies (BIGAS) and a researcher at the university of Cape Town.

Kenyan Muslims 'will join others to welcome the pope'

Pope Francis is embarking on his first visit to Africa. In the three countries on his itinerary, he is expected to address the challenge of harmonizing relations between Christians and Muslims. (25.11.2015)