Pope′s Talk on Islam Sparks Anger and Tarnishes Homecoming | Europe | News and current affairs from around the continent | DW | 15.09.2006

Pope Benedict XVI returned to Rome after a six-day visit to Bavaria. While the trip was mostly personal, remarks he made about Islam have Muslim leaders around the world calling angrily for an apology. 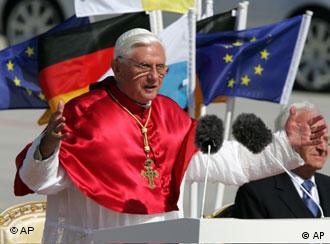 Muslim leaders from various quarters have called for an apology and a clarification of the remarks the pontiff made that implicitly link jihad, or holy war, with terrorism.

In his speech at the University of Regensburg on Tuesday, Benedict quoted criticism of Islam and the Prophet Mohammad by 14th century Byzantine Emperor Manuel II Palaeologus, who allegedly said: "'Show me just what Mohammed brought that was new and there you will find things only evil and inhuman, such as his command to spread by the sword the faith he preached."

The speech explored the historical and philosophical differences between Islam and Christianity, and the relationship between violence and faith.

Benedict, who used the terms "jihad" and "holy war," repeatedly quoted Manuel's argument that spreading the faith through violence is unreasonable, adding: "Violence is incompatible with the nature of God and the nature of the soul."

Benedict said "I quote" twice to clarify the phrase was not his own.

The Vatican issued a statement on Thursday evening to say the pope had never meant to offend Islam.

"It was certainly not the intention of the Holy Father to carry out an in-depth study of jihad and Muslim thinking about it, even less so to offend the sensitivity of the Muslim faithful," the Vatican press office said in a statement.

Pakistan's parliament on Friday unanimously adopted a resolution condemning the pope for what it called "derogatory" comments. They have asked him to apologize for hurting the sentiments of Muslims.

Kuwaiti official Haken al-Mutairi, secretary general of the emirate's Umma (Islamic Nation) party, also urged the pope to apologize immediately "to the Muslim world for his calumnies against the Prophet Mohammed and Islam." 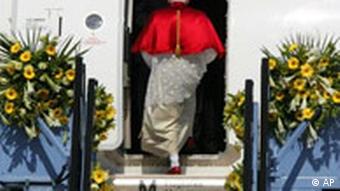 Bardakoglu, who sets the religious agenda for 99 percent Muslim but secular Turkey, said he was deeply offended by the pope's remarks on Islamic holy war, telling the AP news agency he found them "extraordinarily worrying, saddening and unfortunate."

Bardakoglu said that "if the pope was reflecting the spite, hatred and enmity" of others in the Christian church, then the situation was even worse.

The head of the French Council for the Muslim Religion (CFCM) has also demanded a "clarification" from the Vatican.

"We hope that the Church will very quickly give us its opinion and clarify its position so that it does not confuse Islam, which is a revealed religion, with Islamism, which is not a religion but a political ideology," Dalil Boubakeur told AFP new agency.

Meanwhile, the head of the Egyptian-based Muslim Brotherhood called on Islamic countries to break off relations with the Vatican unless the pope retracted his remarks.

"Pope Benedict poured oil on the fire, aroused the anger of the whole Islamic world and strengthened the argument of those who say that the West is hostile to everything Muslim," said Mohamed Mahdi Akef, whose organization is one of the most influential in the Arab world. 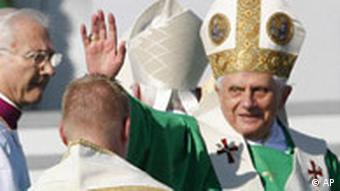 The pope showed warmth to many followers during his visit

The reaction from the Muslim world to the pontiff's comments has tarnished what had been a successful visit to Germany, where a more relaxed Benedict was on display to the world.

The academic, who at times has been painfully shy since succeeding the late John Paul II 17 months ago, seemed at ease among his compatriots. 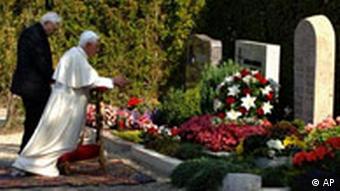 During his public appearances he pressed the flesh with a politician's verve, kissed babies and, for this week at least, mothballed his image as a dour defender of the faith, honed by 24 years as the Vatican's doctrinal enforcer.

"On this visit, it has been great for me to see a pope who is so open and friendly," said 36-year-old teacher Angelika Huber, while watching the pope's cavalcade roll through the town of Freising on Thursday with her husband and two children.

His journey to his native Bavaria this week -- probably his last during his pontificate -- was considered to be more personal. He visited his birthplace, his parents' graves, and the church where he was ordained as priest and held several outdoor masses and ecumenical services.

The pope largely avoided other "church political" issues, such as women's ordination, an end to priestly celibacy and joint communion for Catholics and Protestants.

During his visit to World Youth Day in Cologne in August 2005, he met with both Muslim and Jewish leaders.

Hans Küng, a respected scholar of theology and philosophy, likens Pope Benedict XVI in some ways to US President George Bush. He says both need to come down from the sky and take a look at the reality on the ground. (Sept. 14, 2006)

Pope Benedict XVI warned on Sunday that the modern world was becoming "deaf" to God's message, as he gave the first open-air mass of his visit to his native region of Bavaria in Germany.(Sept. 10, 2006)

Full text of the actual speech in which the pope made his incendiary comment.