During his trip to Thailand, Pope Francis has called for the protection of women and children from exploitation, abuse and enslavement. He praised the Thai government's efforts to fight human trafficking. 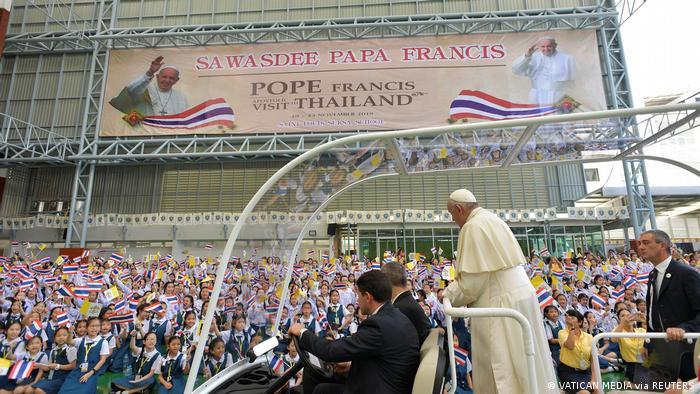 Pope Francis on Thursday appealed for greater international commitment to protect women and children "who are violated and exposed to every form of exploitation, enslavement, violence and abuse." He called for ways to "uproot this evil and to provide ways to restore their dignity."

"The future of our peoples is linked in large measure to the way we will ensure a dignified future to our children,'' he said.

The pope is in Thailand as part of his weeklong trip to Asia, which will also take him to Japan.

Still, the United Nations considers Thailand a key trafficking destination as well as a source of forced labor and sex slaves, who are trafficked at home or abroad. While the US State Department has faulted Thailand for failing to fully crack down on traffickers, the Thai government insists it has made significant progress and has vowed continued cooperation with international bodies. 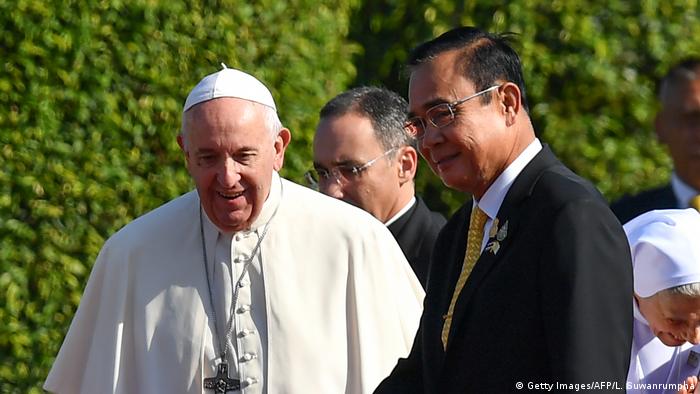 The pope had a busy schedule on his first full day of activities in Thailand. He was accompanied by his cousin, Sister Ana Rosa, who has lived in Thailand for decades and is helping the pontiff as a translator.

Catholics make up a small percentage of the Thai population — fewer than 400,000 among the country's 65 million people. Piyanut Phatpirom, a Thai Catholic, said Francis' visit would help strengthen her faith. "I intend to follow the teachings that the pope has given, for example kindness, mercy, loving others, having kindness, helping those in need," she said. 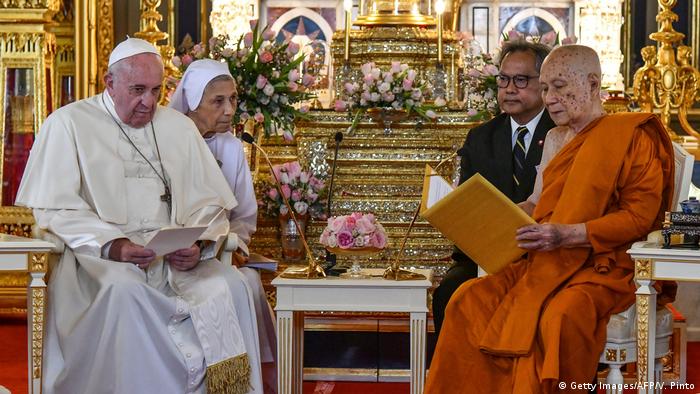 The pope and the patriarch sat and spoke before a gold Buddha statue inside the ornate temple, built 150 years ago — the spiritual leader of Thailand's Buddhists barefoot and draped in orange robes.

The meeting was "a sign of the importance and urgency of promoting friendship and inter-religious dialogue," Francis said in an earlier speech.

Francis' visit is the second time a pope has called on a Thai Buddhist patriarch, after St. John Paul II in 1984.

Later on Thursday, the head of the world's 1.3 billion Catholics will lead a public Mass at Bangkok's National Stadium and meet Thailand's King Maha Vajiralongkorn.

On Friday, Francis will hold meeting with local Thai clergy and regional Catholic leaders as well as host a second Mass. 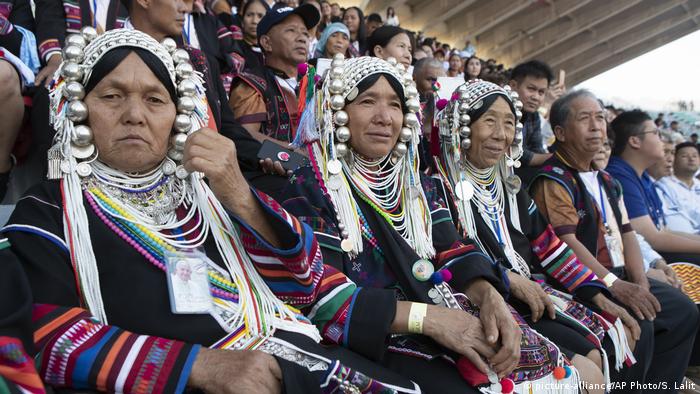