The Pope has said he will elevate 14 Roman Catholic churchmen to the position of cardinal. He made the surprise announcement in front of pilgrims and tourists in St. Peter’s Square. 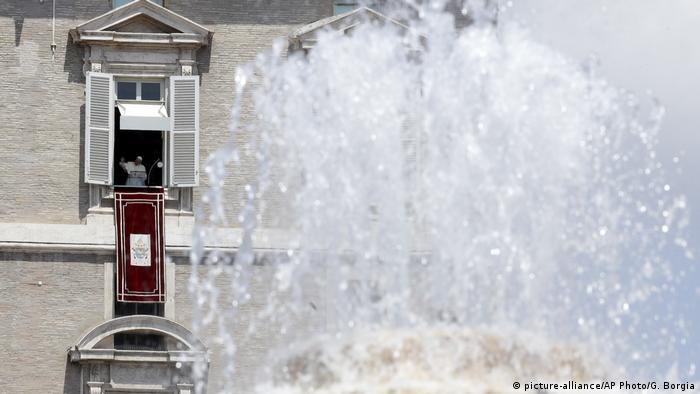 Pope Francis announced on Sunday that he had chosen 14 men to become cardinals at a ceremony on June 29.

Among those he named were Louis Raphael I Sako, the Baghdad-based patriarch of Babylonia of the Chaldeans, as well as Archbishop of Karachi Joseph Couttss. In both Iraq and Pakistan, Christians are a vulnerable minority.

Also notable was Pope Francis' choice of Monsignor Konrad Krajewski, a Pole who is known for helping Rome's homeless and poor.

"Their origins reflect the universality of the church," Pope Francis  said in his announcement from a window in front of tourists and pilgrims at St. Peter's Square.

Elevation to the rank of cardinal means the individuals are able to enter a conclave when a new pope is elected, provided they are under the age of 80. At least three of the new cardinals are above that age.

After the ceremony, Pope Francis will have nominated 74 cardinals since he was elected Pope in 2013. At the age of 81, Pope Francis was chosen as the first head of the church from Latin America after his predecessor Pope Benedict XVI stood down citing problems with advancing age and the exacting nature of the office.

Each evening at 1830 UTC, DW's editors send out a selection of the day's hard news and quality feature journalism. You can sign up to receive it directly here.
rc/jm (Reuters, AP)

In an unusual interview, Pope Francis finally blames Putin as responsible for the war and suffering in Ukraine, writes DW's Christoph Strack.