Politicians have called for a new effort to educate young people about the true nature of East Germany after recently surfaced shoot-to-kill orders have rekindled a debate about conditions in the communist country. 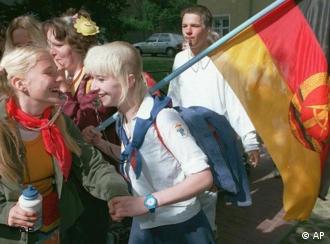 Should young Germans take the GDR and its symbols more serious?

Volker Kauder, the parliamentary leader for Germany's governing Christian Democratic Union (CDU), told the Berliner Zeitung on Thursday that his party would take steps to raise awareness about eastern Germany's communist past.

"We have worked enormously hard to deal with the past of the Third Reich's terror system and continue to do so, but we've done much too little when it comes to dealing with the GDR dictatorship," he said. "When looking at the alarming lack of knowledge about the GDR past among the younger generation, we should use the current debate to clarify who was responsible." 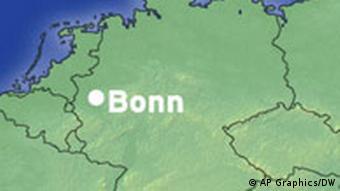 On Wednesday, Germany's mass tabloid Bild had asked young Germans what they knew about the German Democratic Republic (GDR). While some said that East Germans weren't allowed to travel, others pointed out that there was a high level of unemployment, that people liked to bathe in the nude and that no one was able to buy fashionable clothes. One 22-year-old man said that Bonn served as the GDR's capital.

"Hitler was the boss and he had a wall build around his empire," he added.

The current debate surrounding life in the GDR was sparked by a shoot-to-kill order that resurfaced over the weekend. It called on members of the East German secret police, the Stasi, to use their weapons to prevent people from fleeing across the German-German border, even if women and children were involved. 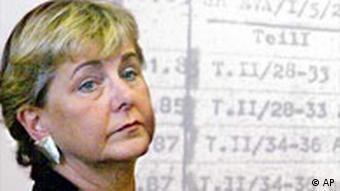 The federal agency that administers the Stasi files came under pressure for presenting the document as a sensational find after it became obvious that the order had been known to researchers and state prosecutors for years.

On Wednesday, agency officials uncovered a similar document. Unlike the first one, however, it was signed by a high-ranking Stasi official, making it potentially more significant for a criminal investigation.

A legal expert said that the second document might have led to different rulings in previous border shooting trials, where guards, who claimed that they had acted in self-defense, were acquitted.

"But it's unlikely that the cases will be reopened now," Ferdinand von Schirach, who defended a top-level GDR official in the 1990s, told DW-WORLD.DE.

The Stasi file agency's head, Marianne Birthler, has faced intense pressure in recent days for her handling of the situation, with some saying that she is trying to prevent the swift dismantling of her office and the transfer of the Stasi files into Germany's federal archives. Birthler has suggested the year 2019 for such a merger.

Members of the opposition free-market liberal Free Democrats and the CDU's junior coalition partner, the Social Democrats, have called for quick reforms of the Birthler agency as a result of the recent developments. 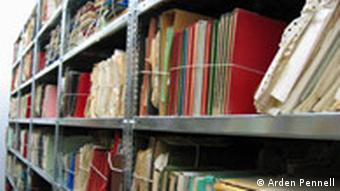 The files will eventually be transferred to the federal archives

Wolfgang Böhmer, the state premier of Saxony-Anhalt, where the first shoot-to-kill order was found, said he saw a continued need to research the Stasi files.

"The fact that a belittlement and minimization of the GDR's problems can be seen in the public justifies further research and public debate about what happened," Böhmer told the German press agency DPA, adding that the he saw no need to rush a merger of the Stasi agency with the federal archives.

Kauder agreed and added that a merger could be initiated during the next legislative period, which is likely to start in 2009.

An expert on killings along the former German-German border told DW-WORLD.DE that a recently discovered shoot-to-kill order is irrelevant and will not spark new criminal probes that some politicians are calling for. (14.08.2007)

More and more Germans are applying year-on-year for access to the East German secret service -- Stasi -- files, a new report published Tuesday claims. The overall interest in all things GDR is also on the rise. (03.07.2007)