Expert: No Hard Proof for East German Shoot-to-Kill Order | Germany| News and in-depth reporting from Berlin and beyond | DW | 14.08.2007

An expert on killings along the former German-German border told DW-WORLD.DE that a recently discovered shoot-to-kill order is irrelevant and will not spark new criminal probes that some politicians are calling for. 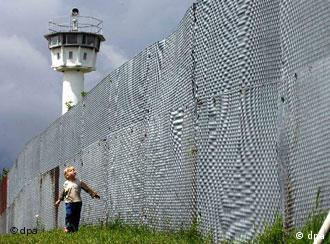 A preserved section of the former German-German border

Berlin state prosecutors have said they're considering opening a new criminal investigation into deaths at the Berlin Wall after a document resurfaced that contains orders to "stop or liquidate" anyone trying to escape to the West, including women and children.

DW-WORLD.DE talked about the document with Ferdinand von Schirach, a Berlin-based lawyer. In the 1990s, Schirach defended Günter Schabowksi in a trial of high-ranking East German officials for their role in the killings of people who had attempted to flee across the Berlin Wall. 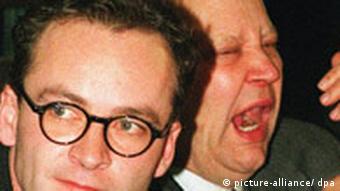 Schirach (left) and Schabowski during the trial

Schabowski, a member of the East German politburo who became famous for announcing the fall of the Berlin Wall, was convicted of manslaughter and accepted moral responsibility for the killings. He was sentenced to three years in prison and pardoned after six months behind bars.

Schirach's involvement in the case also made headlines because he is the grandson of Baldur von Schirach, the former leader of the Nazi Hitler Youth, who was found guilty of crimes against humanity and served 20 years in prison.

DW-WORLD.DE: What's the significance of the resurfaced shoot-to-kill order?

Ferdinand von Schirach: It's negligible. It's a document that's been known for a long time to everyone involved, including the Berlin state prosecutor's office, which now claims that it has to investigate this again. This piece of paper has no known author and no clear addressee. It's a simple piece of paper that could have been written by anyone and that will not hold up for convictions or even the initiation of a criminal investigation.

Of course you have to say -- and that's probably the best thing that can be said about this piece of paper -- that it's circumstantial evidence for the cruelty of the border fortifications and the guarding of the border. But one shouldn't think that this is a piece of paper that the courts have been looking for for years and that places guilt on a certain person without a doubt or is able to describe the system as a whole.

Could you say then that it's a historically interesting but legally irrelevant document? 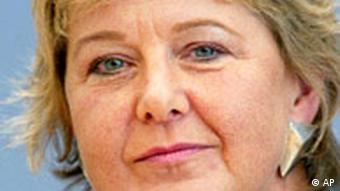 Marianne Birthler, the head of the agency that administers the Stasi files

It's not irrelevant from a legal standpoint, because even circumstantial evidence is relevant. It's certainly interesting from a historic perspective, but it's not unique -- there were several of these documents.

The thing that's maybe interesting from a historic perspective is that the head of a federal agency has gone so far off the rails that she thinks that she can make policy with this on the anniversary of the construction of the Wall. (Marianne Birthler heads the so-called "Birthler Authority," the unofficial name given to the government office responsible for researching the history of the GDR's secret police, the Stasi).We need to get away from handling these issues in a sensationalist way.

It's a serious issue and as the head of such an agency, you cannot push such a paper into the public realm and claim to reveal something completely new even though it's been known for a long time. In my opinion, it will also have to lead to a discussion about what should be done with the agency.

Why do you think that this surfaced right now?

Because of the anniversary of the construction of the Wall. (This week marked the 46th anniversary of the building of the Berlin Wall) There's no other reason in my opinion. The paper has been known, the state prosecutors received a number of such papers for investigations years ago, and none of them played any role in any of the trials. It's a little trite to say: I have now found the document that offers conclusive proof for everything.

Let's take a step back and think about what this shoot-to-kill order actually means. It meant that the GDR forcefully prevented its people from doing nothing more than trying to leave the country. That's what's condemnable about this system and the courts ruled accordingly. They declared -- questionable from a legal standpoint but correct from a moral one -- that such systems are inhuman and that this deserves to be punished. 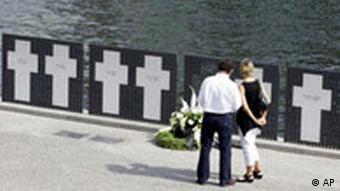 Now, many years after the trials, someone comes and says: Now, I have the piece of paper that makes it perfectly clear that the GDR had such an order [to shoot and kill]. But that wasn't the case. This clear-cut order wasn't confirmed by any of the witnesses or any outsider. It did not exist in a single document.

It's not a secret that these young border patrols shot at people and that many people died there. It is a historic fact. But that doesn't mean that we can turn around and say: There was a clear order to shoot women and children. I think that's nonsense. These systems were also too intelligent to do something like this. The border patrols were put under oath every morning and had to swear on all sorts of orders that were given there. For all intents and purposes, it did what's written in this ominous paper, but no one in the GDR would have said something like this.

Several politicians have called for an investigation into possible legal action. Do you think any legal action will be taken?

It definitely won't happen. The prosecutor's office already had these papers and could have checked them a long time ago. I'm absolutely certain that nothing that's relevant in terms of criminal law can come from this kind of document.

Following the revelation of a document detailing former East Germany's policy of "shoot-to-kill" at the border with West Germany, politicians are demanding a more comprehensive authority for addressing Stasi activities. (14.08.2007)

After a document resurfaced last week detailing the former East Germany's policy of shoot-to-kill at the Berlin Wall, politicians from all sides have joined ranks to call for a criminal investigation into the practice. (13.08.2007)

German newspapers commented on the discovery of evidence of written orders to East German border soldiers to shoot people, including women and children, fleeing to the West. (13.08.2007)