In his acceptance speech, Freedom of Speech Award laureate Sadegh Zibakalam criticized the brutal violence of the Iranian government against people whose opinions differ from those of the authorities. 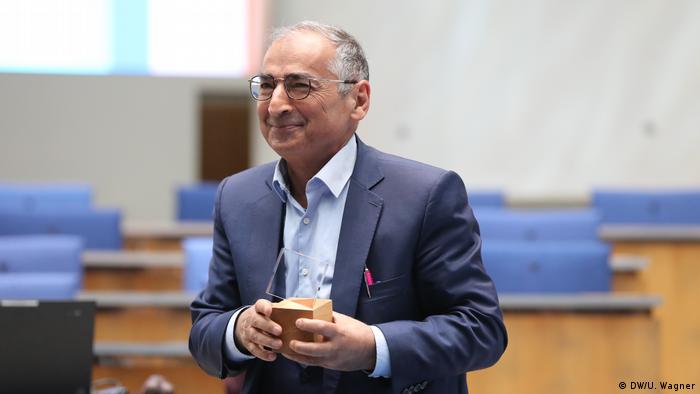 On the other hand, Zibakalam stressed that liberal thinkers in his home country still have hope for democracy.

Zibakalam dedicated the prize to imprisoned Iranian activists, academics and artists, referring to them as “prisoners of conscience.” He gave a special mention to Abbas Amir-Entezam, Iran’s deputy prime minister in the late 1970s. The politician “symbolizes the struggle for democracy and freedom in modern Iran.” Zibakalam named several victims of the regime who were killed during public protests or while in police custody. He said the lives of their families were also deeply affected. “It does not require a great deal to imagine the life of the parents whose loved one is killed in prison and they are told by the authorities to come to collect his or her body.” 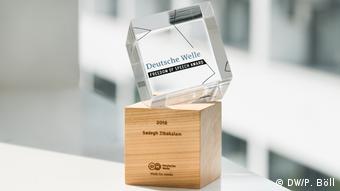 Looking at contemporary Iranian history, “there is another side to this sad and grim picture, the side which is brighter and suggests hope for the future of democracy in Iran,” the academic said. “The struggles for more modern and democratic ideals emerged in Iran at the beginning of the 20th century during the ‘constitutional revolution.’ (…) Iranians became familiar with ideas such as rule of law, freedom of speech and other modern democratic values.” Zibakalam added that “a small fraction of religious leaders who opposed the rising of a constitutional awakening” failed to stop the movement. However, during the Pahlavi reign “the ruling political establishment by and large ignored these values.”

The political scientist acknowledged that Reza Shah and his son, Mohammad Reza Pahlavi, modernized Iran in many ways. “But both of them failed in political development. Both ignored the parliament, (…) ruled autocratically as they pleased and did not feel obliged to observe the constitution or sought any advice from any members of the ruling Iranian elites. Free elections became a thing of the past, distant memories of the constitutional era.”

He attributed the reform movement which emerged after the presidential elections in 1997 “to the yearning of the younger generation for democratic values” and said that “the struggle for democracy in Iran has made small but tangible progress during the last two decades. While there was no independent press before the revolution and just government-owned publishers, there are half a dozen newspapers in Iran today that can be described as independent.”

ARD foreign correspondent Reinhard Baumgarten, who met Zibakalam while reporting from Tehran for the German public service radio and television, said in his laudatory speech that Sadegh Zibakalam “understands the political and socio-economic situation on the ground in Iran and uses this knowledge to serve his people and his country. He understands this system, as it is a system he is a part of. It is a role he has held for four decades, a thankless role that has led him to be attacked by both the supporters of the Islamic Republic and those who oppose it, whether they live within Iran or outside of the country. There are many educated people in Iran who express themselves very well, but openly talking about the burning issues in the country can be risky. Professor Zibakalam feels the need to express himself. He took a stand which means that he is sticking his finger into open wounds.”

Baumgarten described how in Iran there was “ever-present censorship, which according to the Iranian constitution should not even exist.” He criticized that “the current political climate, especially when it comes to discussions of the Iran nuclear agreement, is easily painted in black and white. Hardliners in Tehran and in the U.S. continue to demonize the other side while shutting out any option for dialogue and compromise.”

Baumgarten said Zibakalam “is one of a growing number of people in the Islamic Republic who utilize their right to free speech and free expression. Those who view such people as enemies of the state will never comprehend the countless seeds that have been planted by civil society in their struggle for greater freedoms.”

Germany’s international broadcaster Deutsche Welle established the Freedom of Speech Award in 2015 to honor a person or initiative promoting freedom of expression and human rights in an exceptional way.

Imprisoned Saudi blogger Raif Badawi was the first person to receive the award. His wife Ensaf Haidar accepted it on his behalf. In 2016, then editor-in-chief of “Hurriyet” Sedat Ergin was DW’s laureate. Last year the award went to the White House Correspondents’ Association from Washington, DC. The award ceremony takes place at DW’s annual media conference, the Global Media Forum, in Bonn. The three-day event convenes some 2.000 experts from 100 countries to discuss the role of the media and initiatives supporting democratic change. 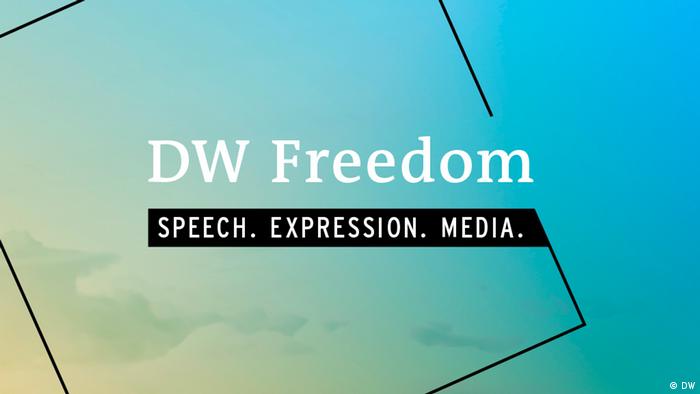