Fracking is big business, especially in Poland. Estimates did suggest the country may be sitting on a gas supply that could cover domestic needs for the next 300 years and end the country's dependence on Russian imports. 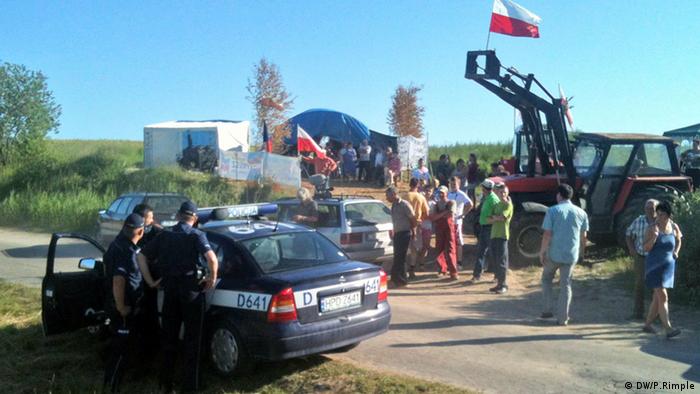 The countryside around Zurawlow in the east of Poland is an endless panorama of rolling green fields - and residents in this sleepy village want to keep it that way.

Two years ago, the US Energy Information Administration estimated there could be as much as 5.3 trillion cubic meters - or 300 years worth- of gas waiting to be fracked in the area around Zurawlow.

Zurawlow locals supported shale gas mining until they learned how dangerous fracking could be to the environment. They now fear the exploitation of gas by fracking will ruin the ecosystem, pollute their water and destroy their livelihoods. Pani Stopa has monitored her well water since it turned black, just after multinational corporation Chevron performed seismic tests nearby. 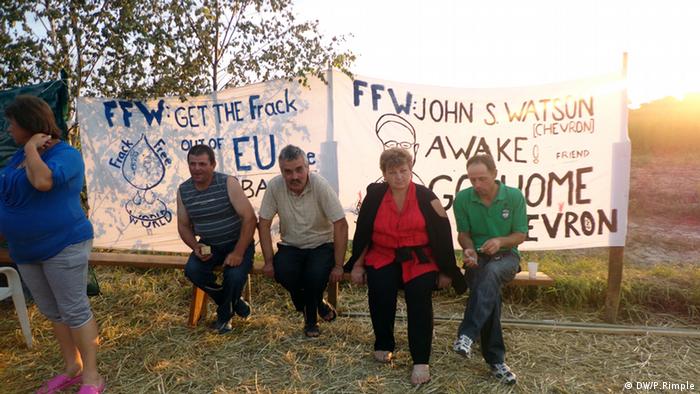 Locals initially supported the plan, but are now concerned about the environment

"It used to be good water, but now it's black and looks like oil," says Stopa of the state of the well's water. "It's been like this for three years, since the first seismic tests."

Last year, the people of Zurawlow set up a blockade successfully preventing Chevron from launching operations on a site earmarked for drilling. They referred to a law prohibiting any kind of work that would threaten birds' habitats during breeding season.

But in the early hours of June 3, Chevron returned with security guards and attempted to set up a fence around the concession. Locals arrived soon after and intervened.

Since the beginning of June, more than 100 locals have taken turns guarding the edge of a wheat field to prevent Chevron drilling an exploratory well for shale gas. Tractors are parked across the road leading into the site, blocking access for the company's trucks.

Locals claim this concession was only authorized for seismic testing and permission to drill was cancelled in June, 2012 by the government. They have numerous documents supporting this assertion, arguing Chevron has no legal right to carry out the drilling.

"Chevron will not admit they don't have a concession and the government does not dare to tell them, 'sorry you have no concession, you can not do anything here," one of the demonstrators says.

But, Chevron claims it has all the legal documentation needed to begin explorative operations on the site. As the protesters block the field, contractors are laying a new road to a concession 10 kilometers (6.2 miles) from the protesters in order to drill there.

The protestors in Zurawlow remain defiant - not only do they want Chevron off their land, they want the company out of Poland.

Legal advisors come to the site to explain to the farmers what rights they have. Activists from the US, the Czech Republic and Lithuania come to share their experiences about fracking too.

Filmmaker Lech Kowalski has documented the town's story since 2010. His latest film, Drill Baby Drill, compares the plight of these Polish farmers with the fracking experiences of Pennsylvania.

"These farmers here are the first people that have actually stopped a big multinational corporation from drilling for gas - it hasn't happened before. That's pretty significant. These people want to determine by themselves what is being done to their land and on their land," Kowalski tells DW in an interview. 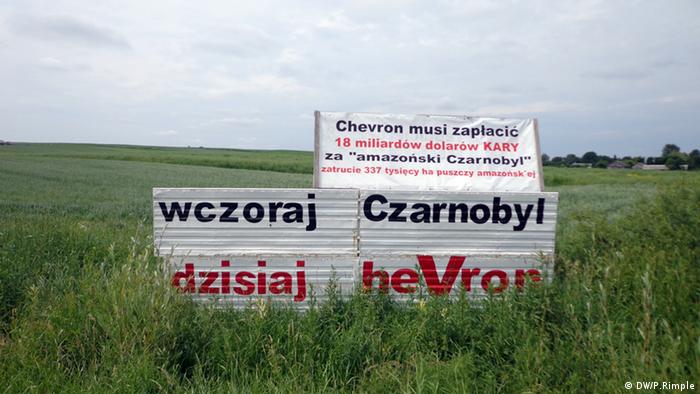 "Because it is their land, it's been their land for generations," he adds. Their identities are created by the land. They don't exist without the land. They can sell the land and go to the city and live in a tower block, but it will destroy their souls so that's why they are such hard fighters."

Two years ago, after the US published their report saying Poland could meet its domestic gas demand for the next 300 years, the craze for shale gas mining seemed to answer to the country's prayers.

Polish leaders embraced the idea that it could not only become a gas exporter, but the country could become independent of energy imported from Russia.

So far, exploration results have crushed any hopes that Poland will free itself from Russian dependence any time soon. Revised estimates put the amount of gas reserves at 26 to 70 years. Gas companies Exxon, Talisman and Marathon failed to find commercially viable reserves and pulled out of Poland.

Currently, Russia's Gazprom provides close to two thirds of Poland's gas at some of the highest prices in Europe. Local protester, Andrze Bak believes the government has played the Russian independence card in order to gain public support for fracking.

Becoming independent from Russia, Baks tells DW, is something that will not happen in the near future. "Poland signed an agreement with Russia which is valid to 2037."

"Gas," he adds, "only makes up a few percent of Poland's needs."

"We've got energy from coal, water and wind. So the official jargon is just propaganda and it's only said for people to support fracking for gas."

Obama: US to become leader in climate protection

US President Barack Obama may have just enough time to reach the climate protection goals he set for his administration, experts say. His plan calls for a reduction in carbon-dioxide emissions from US power plants. (26.06.2013)

Listen to Paul Rimple's report from Inside Europe