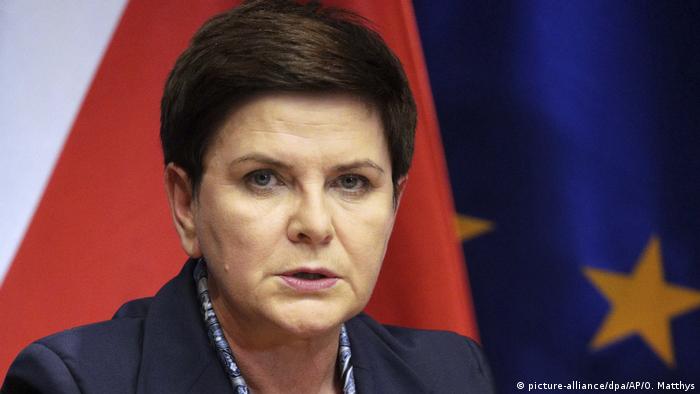 Beata Szydlo, of the ruling Law and Justice (PiS) party, said Monday that Tusk, a former Polish prime minister, "had done nothing for Poland" while at the European Council.

"Today, by using his position to attack the Polish government, he is attacking Poland," she added.

Her remarks came a day after Tusk questioned whether tensions between Warsaw's right-wing government with Ukraine and the EU is a "Kremlin plan."

On Twitter, Tusk wrote: "Alarm! Intense dispute with Ukraine, isolation in the EU, departure from the rule of law and judicial independence, an attack on the non-governmental sector and free media — PiS strategy or a Kremlin plan? A bit too similar to sleep peacefully."

Some Poles see Tusk's comments as evidence that he might be planning a return to Polish politics, perhaps running for president in 2020 in an effort to rein in PiS, currently between 15-20 percent ahead in the polls.

Relations between Warsaw and Kyiv, meanwhile, have become strained after the Polish parliament recently reopened a dispute over the World War II massacre of 100,000 Poles by Ukrainian nationalists, officially recognizing it as genocide.

Warsaw has accused Kyiv of preventing the exhumation of Polish victims who were killed in Ukraine during the war.

The EU president has testified as a witness at a probe into the 2010 jet crash that killed Polish President Lech Kaczynski and 95 others. Tusk might himself face charges, if his political enemies have their way. (03.08.2017)

Despite protestations from his Polish compatriots, Donald Tusk is likely to be re-elected as president of the European Council. The spring summit is also likely to mark the UK's last appearance before Brexit talks begin. (09.03.2017)