EU leaders meet in Brussels amid Tusk re-election row | Europe| News and current affairs from around the continent | DW | 09.03.2017

Despite protestations from his Polish compatriots, Donald Tusk is likely to be re-elected as president of the European Council. The spring summit is also likely to mark the UK's last appearance before Brexit talks begin. 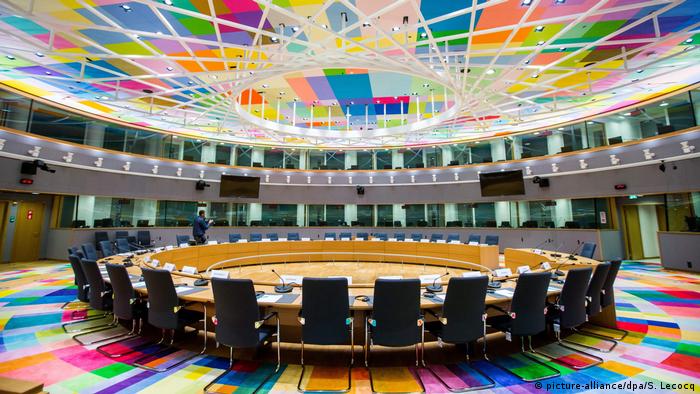 The extension of Donald Tusk's term in office as president of the European Council should usually last a matter of minutes. However, much to the bemusement her 27 fellow EU member states, Polish Prime Minister Beata Szydlo will go head to head with her European peers in Brussels on Thursday in a dispute over Tusk's reappointment as chairman.

Poland's right-wing leader claimed in a letter that Tusk - who belonged to the Polish opposition party "Civic Platform" (PO) and was a government official in Poland - had illegitimately intervened in Polish domestic politics.

"We can not allow a dangerous precedent," Szydlo said in a letter to her 27 fellow EU leaders. The national conservative politician is yet to provide evidence for her reproach.

Tusk who is hoping for a second term in Brusselswas appointed head of the EU Council in 2014before his allies were unseated by his nemesis Jaroslaw Kaczynski's Law and Justice party.

Despite her claims, Szydlo's claims are seemingly a lost cause, as EU leaders can simply back Tusk in an overwhelming majority vote.

The row with Poland, however, is indicative of a divide within the EU at a time when leaders are calling for unity ahead of Brexit.

While many Eastern European members are reluctant to cede national freedoms to Brussels so soon after shaking off Soviet command, wealthier western states want to deepen EU integration in the hope of bringing prosperity and security and so stem the rise of Brexit-inspired eurosceptics and right-wing populism.

Thursday's spring summit is also likely to be the time that European leaders gather before British Prime Minister Theresa May formally invokes Article 50 of the Lisbon treaty, the mechanism for leaving the European Union.

Tusk: 'Free trade is in the interest of our people'

Following speculation that May would take a formal letter to Brussels on Thursday, she now looks likely to arrive empty-handed after legislative maneuvering in the House of Lords delayed her timetable.

Some nine months since 52 percent of the UK voted in favor of leaving the EU, May plans to officially declare the UK's intention to leave the bloc by the end of March, triggering a maximum two-year period of negotiations.

Despite the appearance of "protectionist tendencies" elsewhere - particularly since the election of US President Donald Trump - EU talks on Thursday afternoon should also see agreement on pressing ahead with new free trade pacts.

Over dinner, leaders are due to pledge continued support - and possible EU and NATO membership - to western Balkan states where they are worried about a possible decline in US interest and a rise of what they regard as the anti-EU influence of Russia.