German police have raided a gathering of right-wing extremists and searched properties in southern Thuringia. One of 13 people under suspicion of organizing paramilitary camps has been arrested. 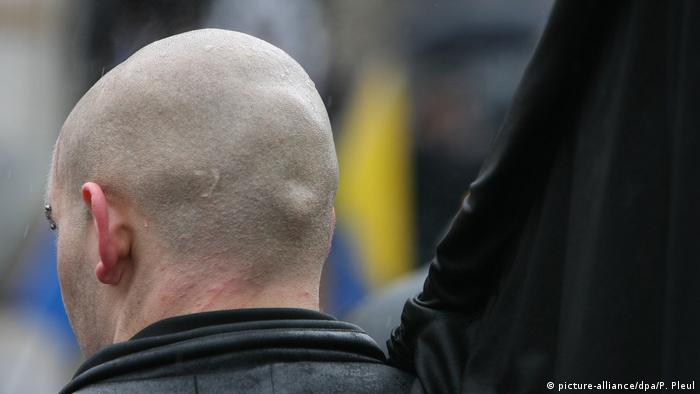 Authorities in Thuringia have confirmed Friday that police raided a camp of right-wing extremists.

"The State Office of Criminal Investigation (LKA) of Thuringia, as part of an investigation of the district attorney's office in Gera, searched different areas of Thuringia and Lower Saxony this morning at 4:00 a.m. (0200 UTC) on the suspicion of the formation of a criminal organization," a statement read.

The statement added that authorities searched 14 properties in Erfurt and Göttingen. The preliminary investigation is focused on 13 suspects, one of whom has been arrested. The suspects are accused of organizing a paramilitary camp called "Waldbiwaks" or "forest bivouacs."

Read more: A guide to far-right groups in Germany

"At least some of the accused are supposedly members of an internationally active right-wing movement whose aim is to abolish the state and social order of the Federal Republic of Germany and other European states," the statement said.

German special forces, as well as counties in Bavaria, Baden-Württemberg, Berlin, Brandenburg, Hesse and Thuringia, were involved in the operation.

The LKA did not reveal the names of the groups due to privacy protection and did not want to reveal any further details of the investigation.

Hundreds of wanted 'neo-Nazis' at large in Germany

Over 400 right-wing extremists with warrants out for their arrest are still free, according to German government data. The Left party has said the rising trend indicates the presence of an "established Nazi underground." (05.06.2017)