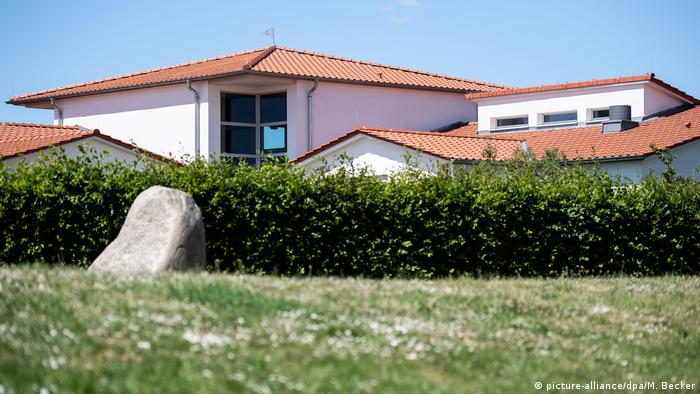 An investigation against a teacher suspected of killing a 3-year-old at a daycare in western Germany has expanded after police discovered similar cases at the kindergartens and daycares she previously worked at, authorities said on Thursday.

The 25-year-old teacher worked at a daycare in the western German town of Viersen. On May 4, the woman was the sole person in charge of looking after the 3-year-old while she took an afternoon nap.

The woman later alerted her colleagues that the girl, called Greta by police, had stopped breathing. The child was rushed to the hospital where she died of respiratory failure — one day after she celebrated her birthday.

An autopsy later uncovered hemorrhaging on the girl's eyelids — an indication of a violent act.

Lead investigator Guido Rosskamp said Thursday that while investigating the 25-year-old teacher, authorities found "to their horror that there were similar incidents" at three other places the woman worked.

Investigators said that children were found unconscious at three daycare and kindergartens where she worked in the towns of Krefeld, Tönisvorst and Kempen.

In some cases, the children's eyes were already rolled upwards when first responders reached them, authorities said. Some had to be taken to the hospital for treatment as well, but none of the children had died.

None of the cases were reported to the police, investigators noted.

When asked about the 25-year-old, former employers and co-workers told police they wondered "why such a person who lacks empathy with children would want to take on such a job," Rosskamp said.

She was known for showing a lack of emotional connection to the children under her care and she regularly received poor reviews from her former employers.

The 25-year-old woman was also on authorities' radar over a separate incident in May 2019 where she falsely accused a man of attacking her with a knife in the woods. A forensic specialist later revealed that the woman cut her own face with the knife, prompting authorities to recommend that she seek psychiatric help.

The woman's motive remains unclear and she has yet to make a statement to police about any of the cases.

Prosecutors accuse the man of assault and improper use of a firearm, for shooting another man in front of his residence. Authorities say he hurled xenophobic insults at the victim, who suffered injuries but survived. (28.05.2020)

At least 15,000 minors were the victims of sexual abuse in 2019, over 1,300 more than the year before. German police officials are concerned that the coronavirus restrictions will lead to a further spike. (11.05.2020)