German police have expelled protesters in the Hambach Forest near Aachen. Environmental demonstrators have for years opposed plans to expand one of Germany's largest open-pit coal mines. 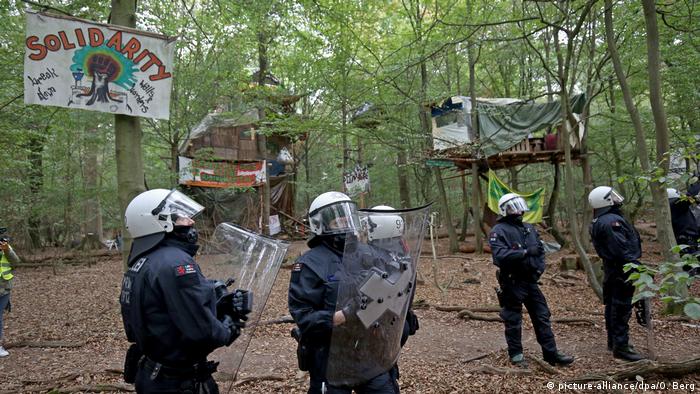 The forest, located between the cities of Aachen and Cologne, hosts one of the country's biggest open-pit coal mines.

The RWE energy company, which owns the forest, has intended to clear some 100 hectares (247 acres) of land in the Hambach Forest to mine for lignite — a brown, low-grade coal considered to be one of the most polluting fossil fuels — only to see its efforts repeatedly disrupted by environmental activists.

According to police, RWE officials also began removing forest logs and other obstacles from the ground, which were meant to keep police and workers from accessing certain areas.

Police officials said the operation had been mostly peaceful, although officers had reported two small skirmishes with protesters. No arrests were made. 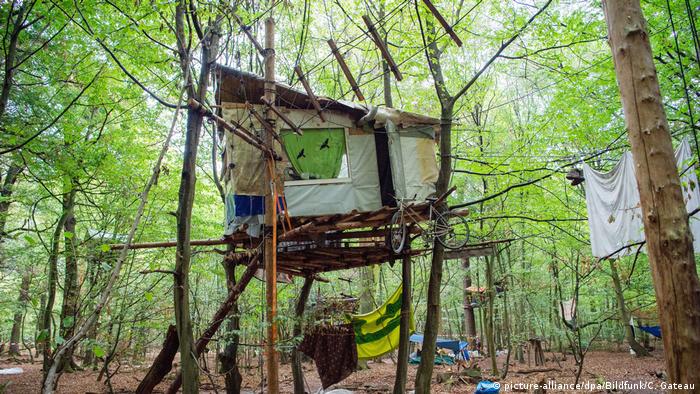 According to reports, police did not the raid the 60-or-so tree houses used by protesters in the Hambach Forest

Authorities said they seized several items designed to cause criminal damage or build barricades. However, officers were ordered not to raid the roughly 60 tree houses, some of which have been inhabited since 2012.

Read more: Hambach: The battle between a forest and a coal mine threatens Germany's environmental image

Two days before the forest raids, the interior minister for the state of North Rhine-Westphalia, Herbert Reul, warned that police and RWE staff in the Hambach Forest were dealing with "extremely violent left-wing extremists."

Reul added: "We don't know for sure (when RWE can use the forest to mine lignite) but when the day comes, the police have to make sure that right can be enforced."

Members of the protest group denied Reul's assertions and said officials were merely trying to criminalize the entire movement. 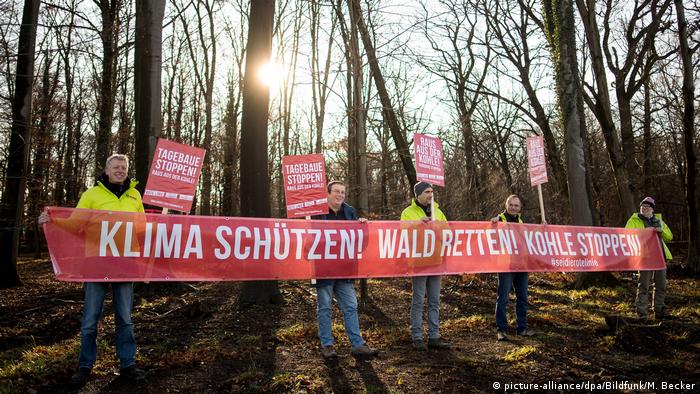 Environmentalists have decried plans to extract lignite, one of the most polluting fossil fuels