A new law has unleashed a wave of logging across Poland. Critics say the environment minister favors the interests of the logging industry over environmental protection. 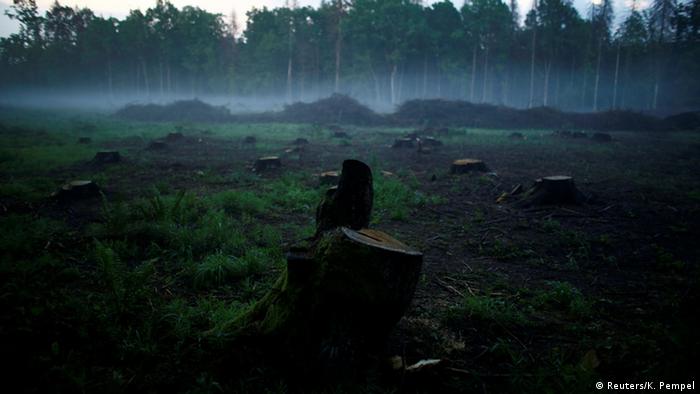 Early this year, an unassuming white van pulled up in front of the houses of Parliament in Warsaw, and, with a screech of tires, emptied a huge load of sawdust on to the street at the feet of ruling party MPs.

The publicity stunt, staged by Greenpeace Poland, sent a clear message that activists aren't going to stand for what they are calling a wholesale, unrestrained logging spree.

Earlier this year, Poland adopted a law allowing landowners to cut down trees to make way for housing or industrial construction.

Krzysztof Cibor of Greenpeace Poland says its impact is being felt all across the country. 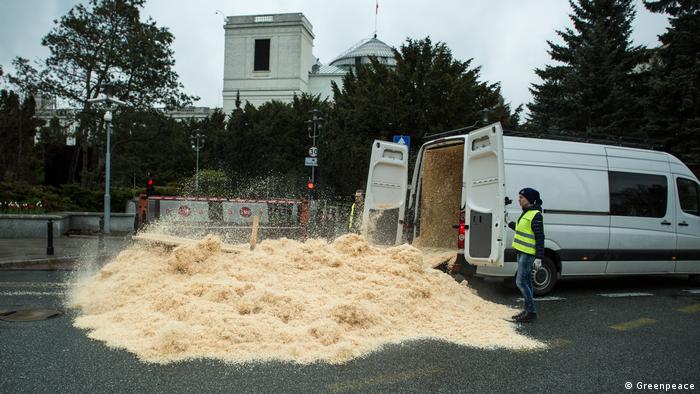 Greenpeace sends a message to lawmakers

"Logging companies say the number of people calling them wanting to cut trees has increased from a few to 100, 200 daily," he told DW.

The man behind the new law is Environment Minister Jan Szyszko. It has even been dubbed "Szyszko's law." Critics say the minister seems to favor the interests of the logging industry over environmental protection.

Szyszko himself is generally tight-lipped on the issue, but has called it a "storm in a teacup."

Last month, neighbors phoned the environment minister to let him know trees around his holiday home in northern Poland had vanished. They were apparently cut down overnight by unknown protesters in a drastic move to show that under Szyszko's law, no tree in Poland is safe.

A fresh amendment signed into the law by the president on May 29, means owners must apply for permission from the local council to cut down a tree. If the council does not respond with 14 days, the felling can go ahead.

But critics say with thousands of trees being removed, councils will not have time to look into each case, and are likely to turn a blind eye. "All those values are gone in so many Polish neighborhoods, because property owners have been allowed to cut down their trees indiscriminately," she said. "The results are a disaster!"

Józefosław is a middle-class suburb separated from Warsaw by the unspoilt Kabacki Forest. Until recently, it was sparsely built with plenty of greenery: Orchards, rows of old poplars and clumps of oak and pine.

But the local council has come in with what residents are calling a "chainsaw massacre," to make way for new housing estates.

"One day, a whole fleet of bulldozers came and ripped - actually, ripped together with the roots - all the trees alongside my garden," Joanna, a teacher who lives in Józefosław, said. "We used to have a nice alley of old trees. But now all of them are gone." 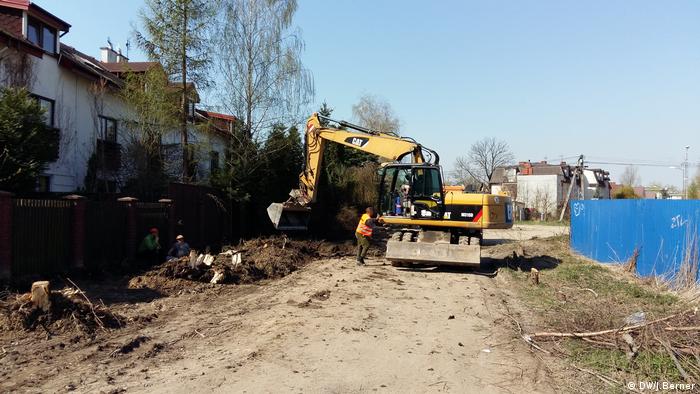 With the trees, the sound of birdsong has vanished too, she added. One of her neighbors, Grażyna, says it's as if her own little bit of paradise has been torn down, and complains that property prices have taken a tumble, too.

"I'm really angry with our government because no one listens to us," Grażyna said. "Where is democracy?"

Szyszko's law isn't the first case of the environment minister pursuing highly controversial plans - including a motorway across an important area of marshland, which was halted by the European Court of Justice. 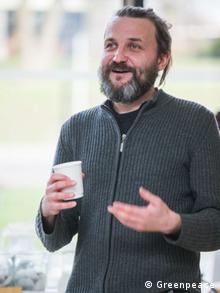 "Now we have almost the same situation with Białowieża Forest, which is one of the last primeval forests in Europe," Cibor said, referring to logging in Poland that the European Commission has declared illegal.

"Minister Szyszko seems to be on the front line of a war against Polish nature," Cibor said.

Greenpeace Poland activists recently replaced a sign on Szyszko's ministry building with one that read "ministry of logging."