Poland is planning to overhaul its military structure, including potentially shifting thousands of troops to its eastern regions. The country's defense minister cites a need for reform in light of the Ukraine conflict. 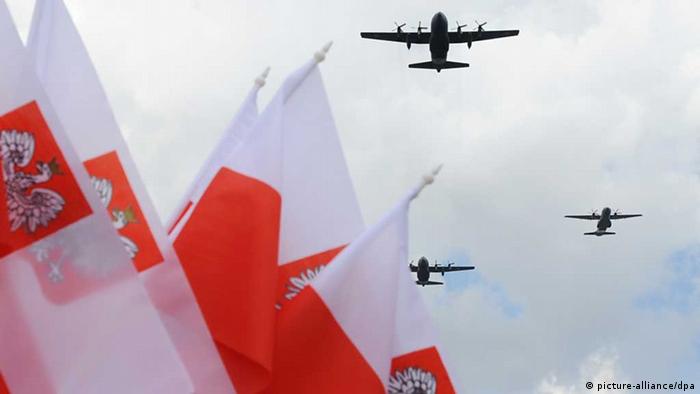 Most of Poland's army is based along its western border, a throwback to the country's past as a member of the Soviet bloc, but its defense minister Tomasz Siemoniak has signaled a shift eastwards - closer to its borders with Ukraine and Russia.

"The geopolitical situation has changed. We have the biggest crisis of security since the Cold War and we must draw conclusions from that," Siemoniak told the Associated Press news agency, outlining plans to increase the usage of at least three military bases in the country's east from the current 30 percent of capacity to up to 90 percent before the end of 2017.

He added that up to 400 jobs would be filled in the air defense unit located in Siedlce, along with investment in the eastern bases' infrastructure.

In total, the moves could mean the relocation of thousands of troops, though Siemoniak would not specify an overall figure. Poland is also intending to boost the amount it spends on its military from the current 1.95 percent of its GDP to 2 percent, starting in 2016.

Poland shares borders on its east with Ukraine, Belarus and Russia, in the form of the exclave of Kaliningrad, home to Russia's Baltic fleet.

The prospect of Russian interference has been a cause of concern for Polish authorities in light of Russia's annexation of Crimea and this year's conflict in Ukraine, in which more than 3,700 people have died in fighting between Kyiv and pro-Russia separatists, who took control of eastern regions in a campaign alleged to have been orchestrated by Russia. Moscow has denied arming the separatists.

"I believe that what happened to the east of Poland does not represent a threat to us for the next months, or two or three or five years. It is a need to draw conclusions for the decades to come," Siemoniak said, outlining the long-term nature of the plans.

Poland, a member of NATO since 1999, had asked the alliance to establish a permanent military presence in the country as a means to deter Russia. While NATO has not done that, it has intensified training exercises there and plans to create a new rapid response force headquartered in Poland.